We always look forward to Billboard Music Awards fashion, and 2017 did not disappoint! Now that the stars have finished walking the pink carpet at the annual event in Las Vegas, Wonderwall.com is rounding up the greatest — and not-so-great — looks from the night, starting with Halsey! Well, at least she's consistent! The artist served up last year's worst BBMAs red carpet look, and she came through this year as well. This time, Halsey opted to literally just wear a bra. Yep, that's right. She wore this shiny white bra by Sergio Hudson, and then added an equally puzzling floor-length khaki skirt by Juun.J. Keep reading to get a better look at her odd ensemble and see the rest of the night's crazy and cool fashion!

Yep, that's definitely just a bra. Halsey accessorized her bizarre BBMAs ensemble with gold bangles and massive gold hoops, and on that note, we're really in need of a dose of decent fashion next…

Cue Vanessa Hudgens! The star had co-hosting duties at the Billboard Music Awards this year, and she dressed to impress! The brunette showed off a short bob, which let her pale pink Marchesa gown shine. We adored all the fun bow details and unexpected cutouts and slits on the pretty dress. Extra points for pairing the soft shade with those silver Jimmy Choo heels! We'll zoom in on her jewels next!

Vanessa Hudgens rocked a rosy hue on her eyelids and a pretty pale pink shade on her lips, while sporting her blunt bob in waves. But after her gorgeous Marchesa gown, it was her Lorraine Schwartz earrings that next caught our eye. Stunning!

Bow down to the queen! Celine Dion donned this stunning gown at the Billboard Music Awards to perform her legendary hit "My Heart Will Go On" in honor of the upcoming 20th anniversary of "Titanic." The superstar's stark white, angel-winged gown, which was by Stephane Rolland Haute Couture, included a plunging neckline and silver detailing at the waist for a fabulous fashion moment.

Oh, Rita Ora. We can't name one of her songs, but we could list about 100 of her red carpet infractions… and this look would be included. The singer donned this black-and-white design by Francesco Scognamiglio, and while we liked the top half — a long-sleeved white bodice embellished with jewels — the bottom half was a different story. The dress culminated in a completely sheer fishnet-like fitted skirt with floral embellishments at the hem, and let's just say the view from the back is probably NSFW…

Now that's how you make an entrance! Camila Cabello went red-hot at the BBMAs, where she delivered her her first solo performance since leaving Fifth Harmony. The star donned this semi-sheer red gown with floral detailing by Jonathan Simkhai, but our favorite element of the look was the sheer coat-like addition…

Camila Cabello's spaghetti-strap dress by Jonathan Simkhai also included a beautiful sheer duster coat, which the star posed with on the pink carpet. She also kept the spotlight on her couture with her beauty choices, which we'll see next!

Camila Cabello opted to wear her hair and makeup simple, keeping all the attention on that show-stopping dress. The former Fifth Harmony member rocked her hair super-straight, kept her makeup neutral and accessorized with simple hoops to finish off her gorgeous Billboard look.

In a sea of black pants on the pink carpet, Noah Cyrus delivered one of our least favorite pairs of the night. Miley's little sister rocked her wide-legged trousers with another popular trend of the night, a bralette. She chose to wear two different versions of the undergarment, layering them over each other, which, paired with her sloppy hairstyle, made this look more mess than magical. Next!

Hailee Steinfeld arrived at the Billboard Music Awards on-point in this slinky David Koma dress. The young star rocked the funky silver printed gown, which was semi-sheer and showed off a black bralette and briefs underneath, but it was her shoe selection that cemented this look as a hit in our book! Those tall Casadei boots are incredible! Let's see them from another angle.

Obsessed! Though you couldn't tell from the front, Hailee Steinfeld rocked some amazing Casadei over-the-knee boots underneath her David Koma dress for an unexpectedly edgy element.

DJ Khaled donned a shiny blue tracksuit at the Billboard Music Awards, but we wished the star would have stepped it up a notch in the fashion department. The white sneakers definitely didn't help his cause. You played yourself, Khaled!

Baby, she's a firework… literally! Kate Beckinsale looked phenomenal in this gorgeous Zuhair Murad design, which featured a plunging neckline and a firework motif down the gown.

G-Eazy's got style. The musician arrived on the carpet not only dressed all in black, but in all-black Saint Laurent. Check out the detailing on the lapels of that jacket!

"Baywatch" star Alexandra Daddario dressed a little too stuffy for the Billboard Music Awards. The brunette beauty opted for this patterned Vivienne Westwood creation, with one off-the-shoulder sleeve and a below-the-knee hemline, which seemed a little too matronly for the fun night of music.

We're all about a jumpsuit, but Ashley Tisdale's Tadashi Shoji version fell flat for us. The cutouts and sheer paneling on the ill-fitting bodice tried to make it edgy, but the wide-legged pants missed the mark.

We were underwhelmed by Ashley Tisdale's Tadashi Shoji jumpsuit, and we weren't fans of her all-over blue eyeshadow either. To top it all off, the boring hairstyle ensured that this look was a miss.

Olivia Munn sizzled in this semi-sheer number! The actress's high-neck gown featured a floral-embellished see-through overlay and showed off plenty of skin.

What exactly is going on here, Jason Derulo? We loved his velvet suit jacket in various shades of green, but it looked out of proportion with his super-skinny black pants.

Rebecca Black gave us nautical vibes on the Billboard Music Awards carpet in a navy blue minidress with a funky neckline and white button detailing. We liked the cute, youthful frock, but weren't big on the odd red-and-white shoe selection.

Who knew one of the guys from Florida Georgia Line would be our new style icon? While member Tyler Hubbard (right) had a mess of a look in that quasi-pinstriped suit and slippers, Brian Kelley (left) wore one of the coolest pieces of outerwear on the carpet. The country crooner rocked a neck scarf over a blue shirt, ripped jeans and suede boots, but it was his bomber jacket that we were coveting. Keep reading to check it out!

As Florida Georgia Line's Tyler Hubbard (left) continued to pose in his unfortunate outfit, Brian Kelley showed off his funky bomber jacket — complete with a shark motif on the back.

Yawn! We can't wait for her season of "The Bachelorette," but Rachel Lindsay underwhelmed in the fashion department while making an appearance on the Billboard Music Awards pink carpet. The reality star disappointed in this snooze of an LBD.

Countless cutouts! That about sums up Jessie James Decker's edgy Billboard Music Awards outfit. The country star rocked the perfect ensemble for the fun event — this black jumpsuit, which showed plenty of patches of skin from her neck to her waist. We loved the way she paired it with a messy ponytail and a fun boxy clutch.

Looking sharp in Gucci! John Legend arrived on the BBMAs carpet in style, rocking a navy blue checkered suit by the design house and finishing his look with Gucci loafers.

Tired of dresses with cutouts? How about sheer dresses? Us too! But next up we have a dress that combined both overused trends, a David Koma number worn by Lea Michele. Though it's definitely on-trend, and the halter neckline and diagonal paneling spice it up a bit, it surely wasn't an exciting pink carpet ensemble.

Well done! Ansel Elgort epitomized just how to dress for the Billboard Music Awards. The actor didn't take things too seriously in his all-black ensemble, but also brought a little bit of rock flare by adding heeled boots and a bomber.

We love when the guys branch out and go for color! Josh Duhamel went with a dapper eggplant suit at the Billboard Music Awards, but it was his accessory choice that really jazzed up this look.

One way men can really amp up their red carpet look? A good old fashioned pocket square! To our delight, Josh Duhamel sported one on the pink carpet and scored himself a hit!

Another awkward look from Z LaLa! The singer can always be counted on for a good fashion miss on an event carpet, and her look at the Billboard Music Awards certainly didn't disappoint on that front. Her black-and-white netted creation was awful enough on its own, but that added headpiece brought it to another level of terrible.

We warned you that bralettes were popping up everywhere on this pink carpet! But we give Julia Michaels props for how she styled hers! The singer paired her tiny black top with tight black pants and topped it all off with a one-of-a-kind colorful kimono for a fabulously funky Billboard look.

That's a whole lot of ruffles! Nicole Scherzinger arrived on the carpet in this ruffle-covered, spaghetti-strap gown, which featured a dangerously low neckline and bands of sheer lace down the skirt. We just wish this dress had come in a different shade — the dreary color solidified it as a miss.

Rachel Platten rocked this intricately detailed Barbara Bui minidress at the Billboard Music Awards. We loved the singer's mosaic-like, one-shouldered frock, and how she paired it with a messy ponytail and black hoops to dress the fancy look down a tad.

Singer Madison Beer's blue-and-black tulle frock was cute, but a little too prom-like for our taste. But the star did score a hit when it came to her shoe choice! She paired her minidress with stylish lace-up heels. 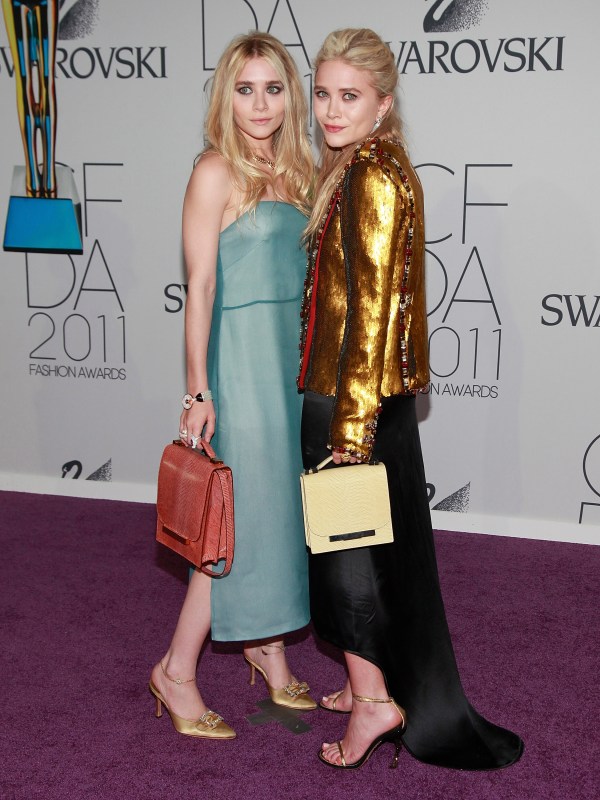