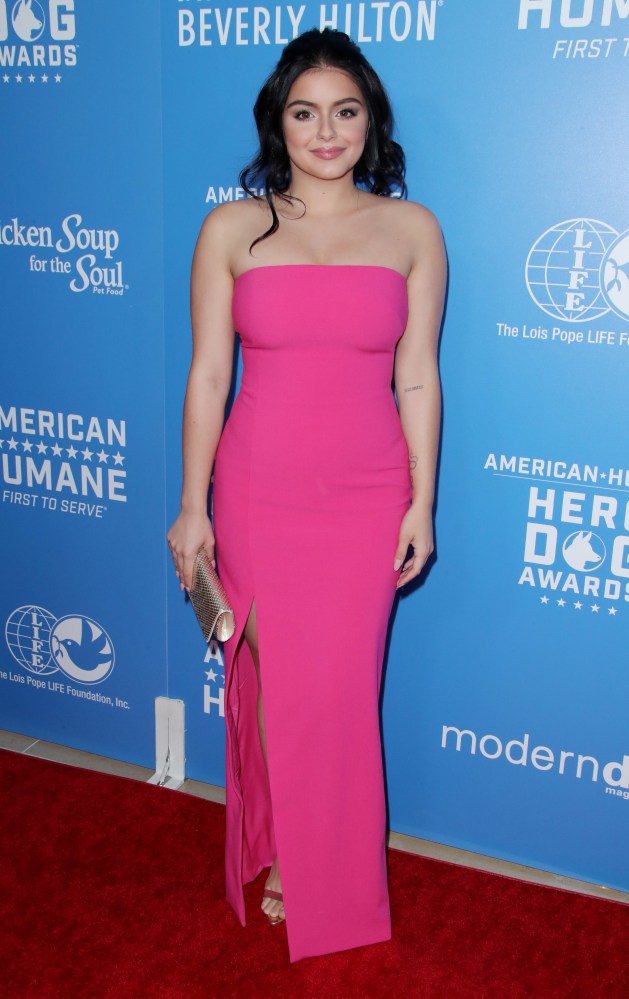 In September, Gossip Cop busted the National Enquirer for wrongly reporting that Winter had been feuding with Burt Reynolds just before he died. The pair worked together on the 2017 film The Last Movie Star, and according to the magazine, they hated each other. The story was inaccurate. Although it's true the co-stars had a brief disagreement on set, Reynolds noted in an interview with the Desert Sun earlier this year, "I just adore [Winter] now, but it took a while before we connected." There are also several photos of the two chatting and laughing at the premiere of the movie. Meanwhile, Winter posted a loving tribute to the actor on Instagram following his death, while a rep for the actress assured us she "loved and admired" her late co-star. Whatever disagreement they may have had was long resolved before Reynolds' passing.

Gossip Cop called out NW in August for wrongly reporting that Winter was pregnant. The magazine speculated that the actress was expecting a child with boyfriend Levi Meaden after displaying a "hint of a tell-tale bump." Winter herself mocked the pregnancy rumors on Twitter, joking that her so-called "baby bump" was the result of "pulled pork sandwiches." The actress's spokesperson also dismissed the story as nonsense.

In February, Gossip Cop debunked a Star story about Winter teaming up with Sarah Hyland to star on a reality show when "Modern Family" ends. The outlet contended that the actresses were hoping to keep their careers afloat following the finale of their ABC series, so they came up with the idea to showcase their personal lives on a reality series. A rep for Winter told us on the record that the story was total "nonsense." Hyland herself later retweeted our bust and joked, "Oh no. We're TOTALLY doing a reality show. Already started filming. It stars us, dogs, food, workouts and boyfriends."

Gossip Cop busted the Enquirer last year for falsely claiming that Winter's friends didn't approve of her relationship with Meaden, who's 11 years older than the actress. The tabloid further contended that the TV star's pals were worried she was about to elope with her boyfriend. But shortly before the bogus article emerged, Winter shared an Instagram photo of her and more than a dozen friends celebrating Meaden's birthday. The actress's inner circle clearly has no issue with her romance. And as time has shown, the actress and her boyfriend never eloped, nor are they even engaged.

And finally, Gossip Cop called out Star last year for making up a story about Winter paying Meaden to take care of her. The unreliable outlet alleged that the actress gave her boyfriend money to "cook, clean and perform other household chores." The actress's rep dismissed the premise as false and "incredibly insulting." Winter later defended Meaden in an Instagram post, calling the tabloid's report "fake news." She added, "I have a BOYFRIEND and a PERSONAL ASSISTANT who are NOT the same person. I would NEVER pay my boyfriend ANY sort of allowance, nor would he EVER accept if I offered."