False stories about Brad Pitt and Jennifer Aniston getting back together continue to circulate in the tabloids, despite the exes not having seen each other in a long time. Gossip Cop consistently debunks this ongoing narrative. Here are five recent wrong rumors on the subject. 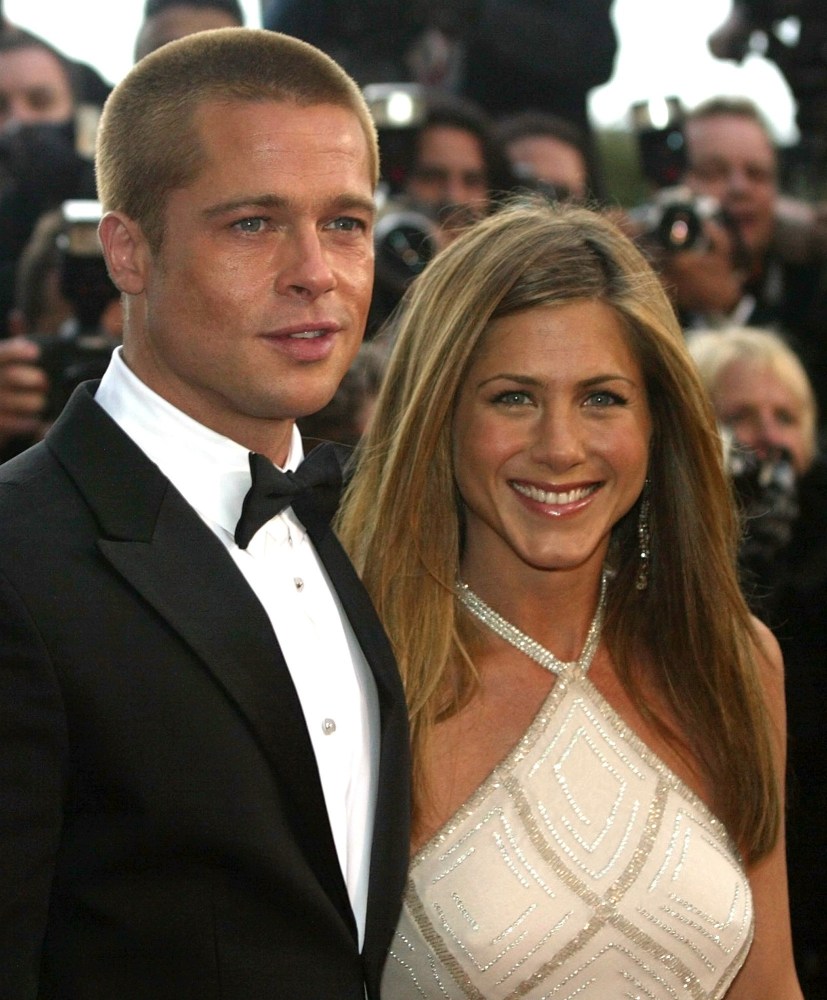 Earlier this month, Gossip Cop busted the National Enquirer for making up a story about Pitt and Aniston having romantic dinner at George Clooney's house in Italy over the summer. However, Pitt has been in Los Angeles shooting Once Upon a Time in Hollywood and hasn't traveled to Italy anytime as of late. The story was a work of fiction.

Just days before that nonsense, OK! published a cover story claiming that the exes were getting married again and having a baby together. Around the same time, People reported that Aniston "isn't concerned about dating" and is "happy to focus on work. Shortly before that, "Entertainment Tonight" noted that Pitt "has taken a step away from dating." The exes aren't seeing anyone at the moment, let alone each other.

In August, In Touch wrongly reported that Pitt and Aniston were going on a "honeymoon in Italy" following a supposed "backyard commitment ceremony" in Los Angeles. The first problem with the tabloid's tale was that Aniston had been in Europe all summer filming the Netflix movie Murder Mystery, making a backyard wedding in L.A. an impossibility. Meanwhile, reputable publications such as People have confirmed that Pitt and Aniston "haven't seen each other in ages."

Earlier in August, OK! published a ridiculous story about the ex-spouses getting engaged again. The premise was based on a photo of Aniston wearing a ring on her wedding finger in Montreal. What the magazine didn't mention was that she was wearing the ring while shooting a scene for Murder Mystery, in which she plays the wife of Adam Sandler's character. The ring was simply a prop for the movie and most certainly didn't come from her ex-husband.

And finally, Gossip Cop called out Grazia in July for falsely claiming that Pitt and Aniston planned to secretly meet up in London while she was there filming Murder Mystery and he was there visiting his kids. The problem? Murder Mystery didn't shoot in London. The Netflix movie was filmed in Montreal and various cities in Italy, but production never took place in the U.K.

Around the same time the story was published, E! News reported that Aniston "rekindling" with Pitt "is not even a conversation." Additionally, the actress's friend Portia de Rossi told Us Weekly in June she knows "for a fact" that the ex-spouses "haven't seen each other." It's also worth noting, spokespeople qualified to speak on behalf of both Pitt and Aniston have told us several times on the record that they're not back together in any capacity.

Justin Bieber, Hailey Baldwin "Married" Reports Are Why Fact-Checking Is So Important

Ryan Seacrest NOT 'Dumped' From Emmys Red Carpet, Despite Report