One of this week's tabloids claims Angelina Jolie plans to steal David Beckham from his wife of nearly 20 years, Victoria Beckham. The report is completely fabricated. Gossip Cop can debunk it. 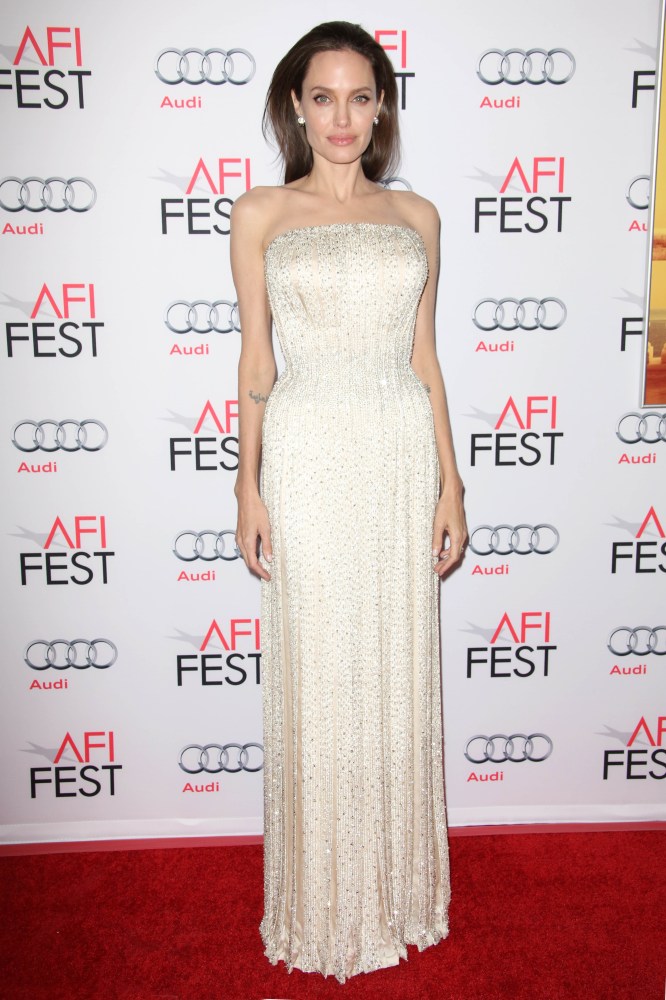 The latest issue of Star says that during the actress's recent trip to London over Thanksgiving weekend, the former soccer star "caught her eye," and she's been crushing on him ever since. The unreliable magazine doesn't mention when or where the two crossed paths, but an alleged insider tells the magazine, "She's been texting David about collaborating on a charity project together, but she's not fooling anyone. What people suspect Angie's really doing is using this as an excuse to get close to him."

The tabloid's supposed source continues, "She can be very persuasive when she wants to – and she's really intent on stealing Becks from under his wife Victoria's nose." The questionable tipster goes on to say that the timing may be perfect as the Beckhams are allegedly on the brink of a divorce. "They've been living separate lives for months and have nothing in common anymore besides the kids," adds the seemingly phony source.

From there, the tabloid maintains that Jolie has been trying to get the athlete to join forces on a philanthropic endeavor, "but hopes to make that connection physical." "Between charity work and movie shoots, Angie can always find a reason to move to London," according to the publication's "insider," who adds, "She and David have so much in common, and there's no one she would rather be with." Meanwhile, Victoria is supposedly warning her husband "not to sign on to any projects with Angie," but he's not taking her advice. The suspicious source concludes, "David is used to women throwing themselves at him, but he's got to be impressed and flattered that Angelina Jolie is after him!"

It's worth noting, this bogus narrative isn't original. In early November, Gossip Cop busted a tabloid story claiming Jolie was "crushing" on Beckham and sending him secret texts. That article also said the actress reached out to the former soccer player about collaborating on a charity project, but with the ulterior motive of getting close to him. At the time the story was published, Beckham's spokesperson told us on the record there was no truth to it. This recycled account of events isn't accurate either.

Far from living "separate lives," the Beckhams threw a New Year's Eve party at their home in London on Monday. The spouses invited several of their friends and family members to ring in the new year with them, and the athlete shared many videos from the festivities on his Instagram stories. In one of the clips, Beckham shares a New Year's kiss with his wife in front of a massive fireworks display. Victoria later shared an Instagram photo with her husband and four kids at the bash.

It should also be mentioned, Jolie's divorce and custody arrangement with Brad Pitt has yet to be fully settled. The idea that she's looking to steal a married man amid her legal battle is absurd. Less than a month ago, Star falsely claimed that Jolie was secretly dating Jared Leto. A mutual pal of ours and the actress told Gossip Cop, "She's not dating at all, and is focused on her children." The tabloid's latest cover story is a complete work of fiction.