Did Chris Pratt really celebrate his engagement to Katherine Schwarzenegger by partying at a strip club? That's the outrageous claim in one of the tabloids. Gossip Cop looked into the situation and we've learned the truth. 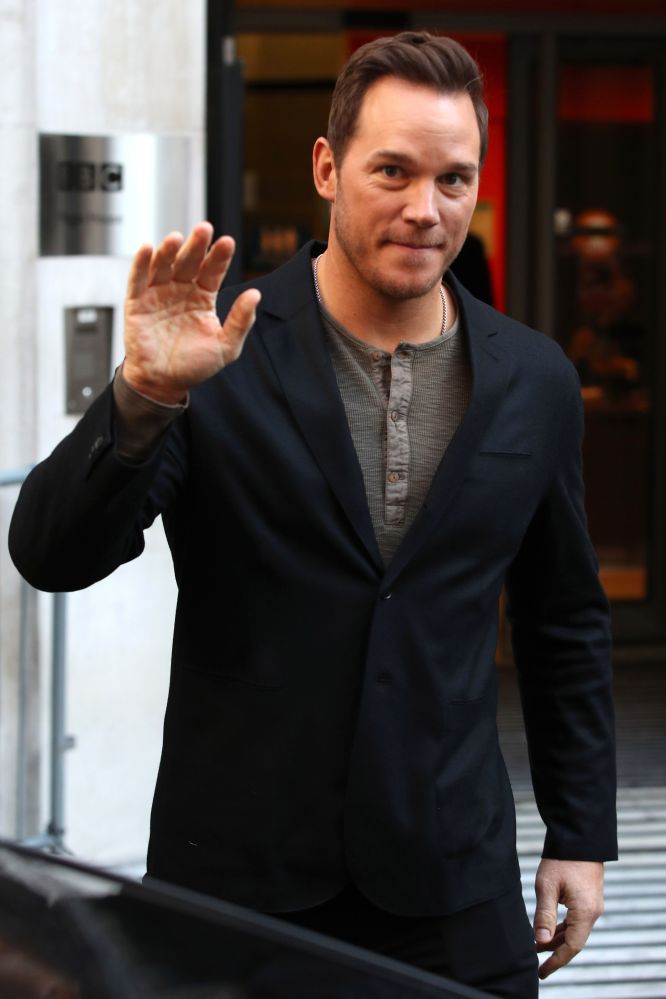 According to the Sun, the actor stopped by a strip club in London last week during a break from his U.K. promotional tour for The Lego Movie 2. An alleged insider tells the publication that following his appearance on "The Graham Norton Show," Pratt headed to the Sunset Strip club in London's Soho district, where he spent $7,000 on champagne and partied with British strippers.

The supposed source tells the outlet that at one point during the night, "he spotted an attractive blonde stripper who was dancing around a pole and he started cheering." The questionable source goes on to say that Pratt was also telling one of the dancers about his engagement, then jokingly asked "if she'd marry him instead."

Meanwhile, Woman's Day Australia printed a version of this story in its latest issue, and added an additional angle about Pratt's future father-in-law, Arnold Schwarzenegger, being furious with him. "There was already tension between Chris and Arnie, but this has intensified the hostility between them," a suspicious tipster tells the tabloid. "Arnie's kept silent about his reservations towards Chris – he doesn't want to stand in the way of Katherine's happiness… But now he's on the warpath," adds the seemingly phony source, who further contends that Arnold is "openly questioning if [Pratt] can be trusted."

It should be mentioned, there are no photos of Pratt arriving at or exiting London's Sunset Strip club last week. That's because the actor never visited the establishment. Gossip Cop checked in with a source close to the actor, who wasn't able to speak on the record, but assures us there's no truth to this narrative.

It's also worth noting, Pratt is a devout Christian who's very open about his faith. The idea that the deeply religious actor celebrated his engagement by getting drunk and hitting on strippers is absurd. Regardless, Gossip Cop can confirm that it never happened. We can also confirm that his fiancé's dad isn't enraged over an incident that didn't occur. In fact, Arnold gushed about his daughter's engagement to Pratt during a recent "Extra" interview. "They both are so happy," said the actor, who called Pratt "such a likable guy," before adding, "I love Chris. He's fantastic."

Woman's Day is the same tabloid Gossip Cop busted last year for wrongly reporting that Pratt wanted to date Emilia Clarke. The magazine has no insight into the actor's personal life. This latest article surrounding his imaginary visit to a London strip club is another example.

Kendall Jenner NOT Crushing On Emily Ratajkowski's Husband, Despite Report