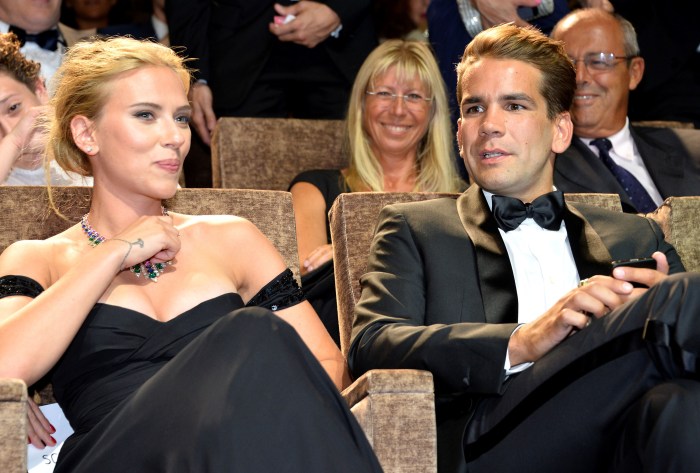 Scarlett Johansson and Romain Dauriac have split. The couple has separated after just two years of marriage. Gossip Cop has reached out for comment.

As Gossip Cop reported, Johansson and Dauriac were first linked in 2012. They became engaged in 2013. A pregnancy followed, with Johansson giving birth to their daughter Rose in 2014. Dauriac and Johansson secretly married shortly after.

While Johansson and Dauriac have posed together on red carpets a few times, the actress has been fairly quiet when it comes to her personal life. In fact, it seems the couple managed to keep their separation under wraps for months. They apparently split under the radar last summer.

The breakup news now comes after Johansson was seen without her wedding at last weekend's Women's March on Washington. As Gossip Cop reported at the time, the star was one of the celebrity speakers during a rally attended by thousands. In her speech, she candidly opened up about her experiences with Planned Parenthood.

This would be the second divorce for Johansson, who was previously married to Ryan Reynolds. Last week, Gossip Cop debunked an OK! report falsely claiming Reynolds' current wife, Blake Lively, was "livid" about the former spouses reconnecting. A rep, however, exclusively told us the tabloid story was "false, as always."