Hugh Jackman did not "flip out off-camera" after losing to James Franco at Sunday night's Golden Globe Awards, despite a made-up report. Gossip Cop can exclusively debunk this claim. We're told it never happened. 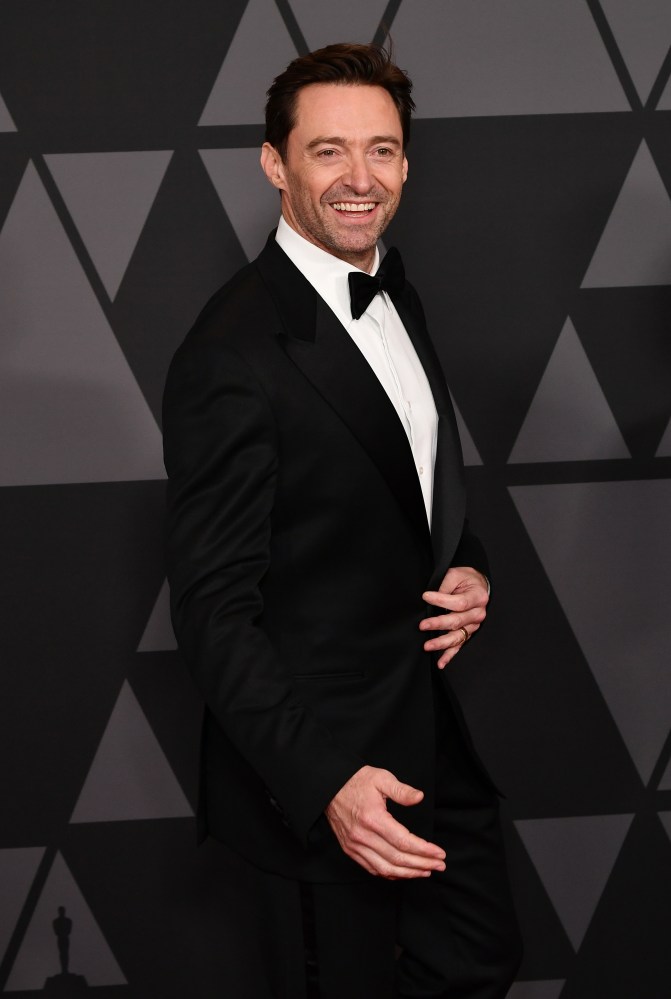 Franco won Best Actor in a Musical or Comedy for his role in The Disaster Artist, beating out Jackman, who was nominated in the same category for his role in The Greatest Showman. The camera caught Jackman looking slightly bewildered during his competitor's acceptance speech, leading some Twitter users and disreputable outlets to speculate that he was stunned by the loss. That wasn't the case.

In fact, when Jackman was asked by TMZ on Friday night about his chances of winning, the actor said, "I don't know if I'd put money on me. I think James in my category. That's my money." Clearly, he wasn't surprised by the outcome. Instead, Jackman's befuddled look during Franco's speech was likely a result of the bizarre moment when the actor had to prevent cult filmmaker Tommy Wiseau, who he plays in The Disaster Artist, from grabbing the microphone. Franco went on to give his speech in Wiseau's distinctive accent, which may have further confused Jackman.

Unfortunately, RadarOnline has decided to escalate the situation by falsely claiming that Jackman threw a backstage tantrum following his defeat. An alleged "source" tells the site, "He thought he had the win in the bag, and wasn't as visibly upset on-camera as he was off-camera. Hugh was on fire afterwards, and was super upset at his management team. At one point, he got up out of his seat and didn't return for a few minutes!"

Gossip Cop, however, is exclusively told by sources close to the situation that no such incident took place. The webloid's phony article is simply based on Jackman having a puzzled look on his face during Franco's speech. Watch the video below for proof that the actor's loss didn't come as a shock to him. Also, watch Franco's Golden Globes acceptance speech to see what sparked this nonsense in the first place.