A tabloid claims Julia Roberts and Danny Moder's recent trip to Hawaii was designed to save their marriage. There's no truth to the story. Gossip Cop can debunk it. 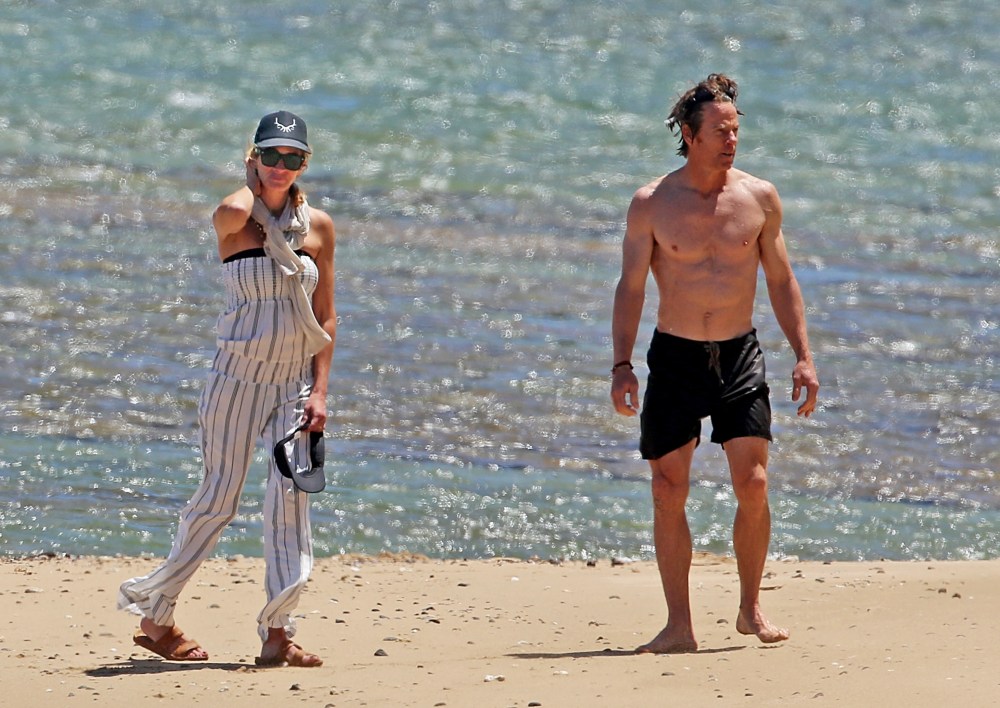 The spouses of nearly 17 years recently enjoyed a Hawaiian getaway, but according to In Touch, the vacation came "after years of fights, drama and escalating tensions." A supposed source tells the magazine, "It's no secret that they have had their ups and downs and have almost called it quits in the past. Thing had gotten so bad that they had to make a decision: Either walk away or make every effort to resolve their issues."

The alleged insider maintains that Roberts and Moder had grown apart because the actress has "been extremely busy with work," and they've also had "heated arguments over his jealously issues." "So they decided to go to Hawaii, and it worked wonders," adds the suspicious tipster. "It helped them reconnect and save their marriage."

The seemingly phony source goes on to say that the couple is now "seeing a therapist, and Julia's agreed she needs to create a healthier balance between work and personal life." The so-called "insider" concludes, "Julia and Danny know a vacation isn't going to magically solve things, but at least they're working through their problems."

Here's what's really happening. In Touch has been wrongly alleging for years that Roberts and Moder were headed for a divorce. Not only are the spouses going strong, but a few weeks ago, they were spotted packing on the PDA on a beach in Hawaii. Instead of acknowledging it's been wrong, the outlet is trying to save face by claiming the couple managed to "save" their relationship.

However, the actress herself has gushed about her marriage in several interviews over the past few months alone. On Gwyneth Paltrow's Goop podcast, Roberts said that marrying Moder changed her life "in the most incredible, indescribable way." Shortly before that, Roberts said in a Harper's Bazaar cover story that false tabloid stories about her marriage "still hurt my feelings." She added, "Because I'm so proud of my marriage… there's so much happiness wrapped up in what we've found together."

It must be mentioned, Gossip Cop busted In Touch last October for wrongly reporting that Roberts had gotten pregnant to save her marriage. Time has proven that wasn't the case. Back in 2017, we called out the magazine for falsely claiming Roberts bought a new house in Malibu to repair her marriage and prevent Moder from going away on surfing trips. The couple's relationship has never been in need of saving, despite how many times the tabloid pushes this phony narrative.