Was Justin Theroux "crushing hard" on Selena Gomez? That was a magazine claim from exactly one year ago today. At the time, Gossip Cop said it was untrue, and now 12 months later it's even more clear how wrong the report was about Theroux chasing Gomez following his split from Jennifer Aniston. 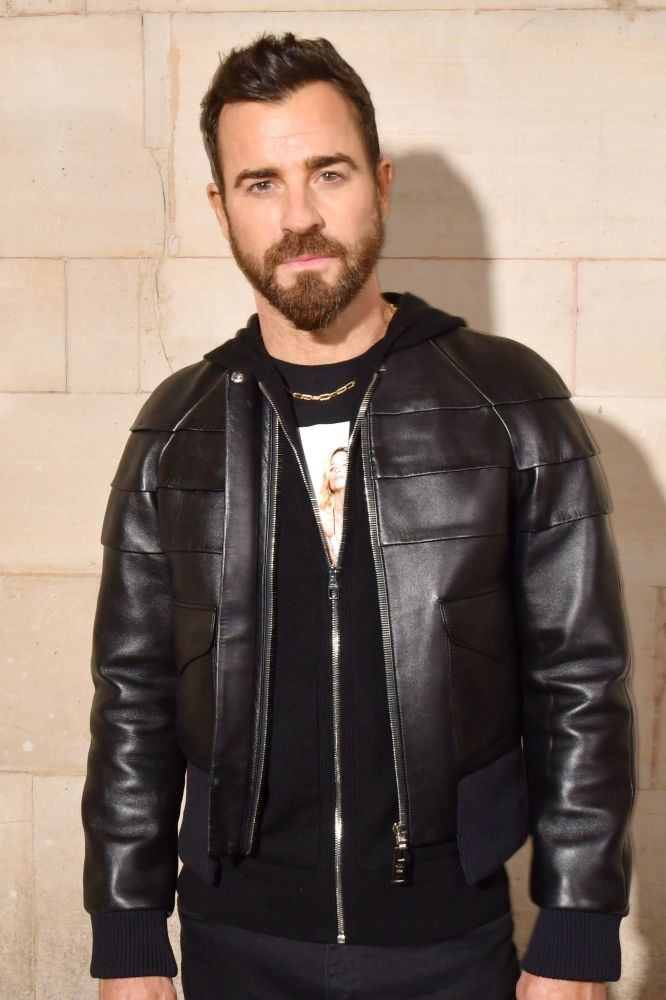 On March 9, 2018, NW alleged Theroux had been "sweet" on Gomez for a long time, but never acted on it because he was involved with Aniston, who was like a mother figure to the young singer and actress. But once his marriage broke up, contended the tabloid, Theroux began "crushing hard" on Gomez and was constantly calling and texting her. Given Gomez's closeness with Aniston, asserted the outlet's so-called "source," Theroux was looking for "trouble by trying to hang out" with the Spring Breakers star.

here's what happened: The magazine basically manufactured a wholly fictitious backstory after Theroux tagged Gomez, a dog lover and Texas native, in an Instagram photo of him holding two pit bull puppies at the Austin Pets Alive shelter just two weeks earlier. There was no hidden message or agenda. A year ago, sources close to both Theroux and Gomez respectively dismissed the article's premise as "false" and "nonsense." Now that a full 365 days have passed, it should be obvious the tabloid's "source" was unreliable and its report was off-base.

It should be noted that outlet has had a poor track record with its stories about Gomez and Theroux. Not long after the piece about Theroux supposedly hitting on Gomez after he split from Aniston, the very same publication flip-flopped the narrative. It claimed in a subsequent article the young actress had "gone all Single While Female" on the "Friends" star, asserting Gomez was trying to "steal" Aniston's life and date Theroux. For reference, it's also the magazine that previously insisted Gomez was pregnant with Justin Bieber's baby.

As for the actor, five days after alleging he was "crushing hard" on Gomez, the very same tabloid absurdly maintained Theroux was pursuing Emma Stone following his split from Aniston. The reality is Stone and Theroux are friends, who starred together in the Netflix show, "Maniac," and are ambassadors for Louis Vuitton. Additionally, as we pointed out then, Stone has a boyfriend, comedy writer Dave McCary.

When Gossip Cop revisits a story from the year before, such as this one, it's to point out to readers which outlets are and aren't solid sources of information about certain celebrities. With its provably wrong articles about Gomez and Theroux, there should be no question NW's reports about them are not entirely credible. As we've said on many occasions, time is not the friend of those who publish inaccurate tales, because the truth always emerges.

Bradley Cooper, Lady Gaga 'All Over Each Other' At Oscar Party?