Katharine McPhee and David Foster's relationship is not fake, despite a bogus tabloid report claiming the two pretend to be "romantic" for the cameras. However, neither the singer or record producer have confirmed they're dating, so this entire premise is baseless. Gossip Cop can set the record straight. 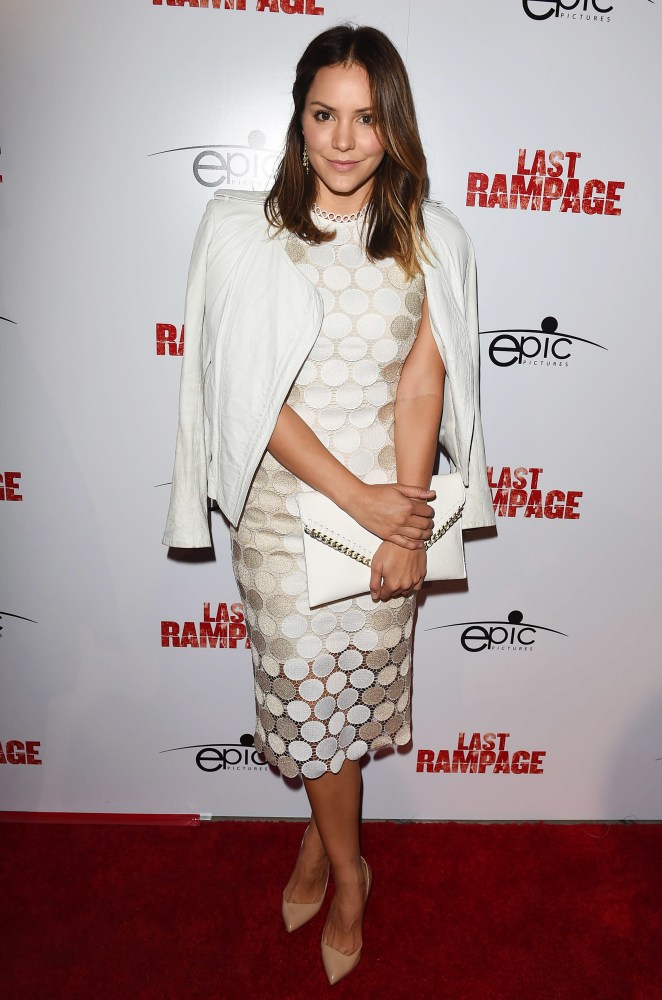 McPhee and Foster have known each other a long time, but they've been spotted out in public together more than usual over the past few months. A so-called "source" now tells the National Enquirer, "David and Katharine are conspiring to create a public buzz about their relationship." The pair recently attended a Lakers Game together, but the alleged insider says, "David does not even like basketball. It was just a photo op."

According to the outlet's dubious source, Foster "is desperate to get back on the reality television circuit" and believes his relationship with McPhee will help make that happen. As for the "American Idol" alum, she's "desperate to stay famous," says the supposed insider. But the assertion that the two are flaunting their romance for attention is completely flawed, seeing as both are tight-lipped when it comes to the nature of their relationship.

When asked this month about the rumors that she and Foster are an item, McPhee told Health magazine, "We're very close friends, and we've been friends for a long time. I'm really, really fond of him, and I think he's an incredible person… So he's been really good to me. People can say whatever they want." The singer was somewhat evasive and wouldn't definitively answer the question, so the Enquirer's insistence that she wants to publicize the topic for attention is clearly inaccurate.

Regardless, Gossip Cop is told by a source close to the situation that McPhee and Foster aren't spending time together just "for show." We've also learned they're "more than friends," but to what extent remains unclear. Still, two people who keep their relationship under wraps clearly aren't "conspiring" to be in the spotlight.