Katharine McPhee is not in talks to join the upcoming season of "The Real Housewives of Beverly Hills," despite a completely false tabloid report. Gossip Cop can exclusively debunk the claim. A rep for the singer tells us she's not involved in the reality show. 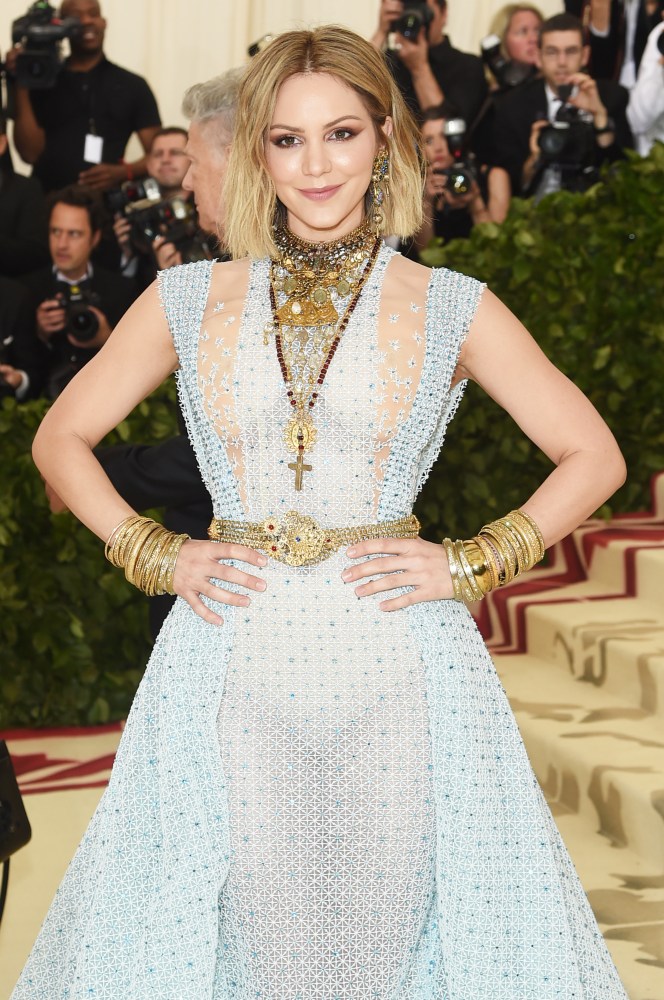 McPhee is engaged to Yolanda Hadid's ex-husband David Foster, and now according to the National Enquirer, the singer plans to follow in Hadid's footsteps by starring on the Bravo show. An alleged insider tells the magazine, "Katharine has everything the 'Real Housewives' franchise likes. She's famous and beautiful. It's dream casting."

However, this story seems to have been concocted simply because McPhee is engaged to the ex-husband of a former Real Housewife. The magazine is basing its story on rumors from an anonymous and seemingly nonexistent "source," but Gossip Cop checked in with McPhee's spokesperson, who tells us on the record that she's not joining the reality series.

Additionally, the tabloids aren't reliable when it comes to breaking "Real Housewives" casting news. E! News, a much more reputable publication than the Enquirer, reported last week that Denise Richards is in talks to join the "Beverly Hills" cast for the show's upcoming ninth season. The scoop was confirmed by People, another reliable source for celebrity news. Not a single outlet, however, has made any mention of McPhee being in the running as well.

Also, the gossip media has a long history of coming up with fantasy casting for the franchise. Gossip Cop busted In Touch earlier this year for wrongly reporting that Heather Locklear was joining "The Real Housewives of Beverly Hills." Last year, OK! made up a story about Christina El Moussa joining the Orange County edition of the Bravo series.

Meanwhile, Gossip Cop busted the Enquirer's sister outlet, RadarOnline, for falsely claiming last year that Dina Lohan wanted to be on the "Real Housewives of New York." Additional celebrities said to be joining the franchise, according to various tabloids, have included Caitlyn Jenner, Omarosa, Stacey Dash, and "Jersey Shore" stars Snooki and Sammi "Sweetheart" Giancola. Obviously, none of these women ever appeared on any installment of the series.

The tabloids clearly enjoy taking it upon themselves to cast the "Real Housewives" franchise, but none of these baseless suggestions ever pan out. Bravo has yet to announce the cast for the ninth season of "Beverly Hills," but Gossip Cop can confirm that McPhee isn't part of the lineup.

Angelina Jolie NOT "pouring her heart out about Brad Pitt" to Kate Middleton, despite reports