Kendall Jenner and Ben Simmons may be getting married, according to a completely wrong report. Gossip Cop can bust this story. Their romance is cooling off, not heating up. 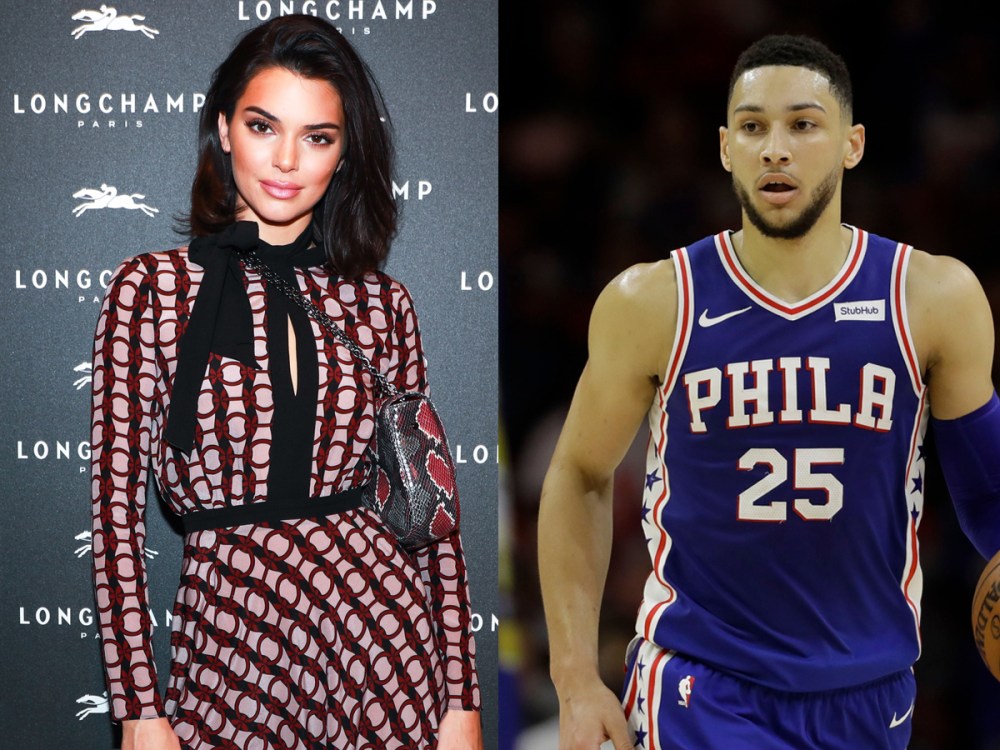 But Woman's Day Australia is blaring in a headline, "First Aussie Kardashian!" It's alleged Jenner "ignited rumors that she's set to marry" the Australia-born Simmons "after she was spotted flashing a huge sparkler on her engagement ring finger." The tabloid boasts that "if wedding bells ring," Simmons would become "the very first Aussie Kardashian." Jenner herself, of course, is not a Kardashian. Her half-siblings, Kim, Khloe, Kourtney and Rob Kardashian, are. In fact, in a 2017 interview Jenner did with Harper's Bazaar, she stated, "I'd say I'm more of a Jenner than a Kardashian."

Regardless, a so-called "insider" is quoted as saying, "Kendall has been pretty private about her past romances, but this is the most serious one she's had. She can see this one going the distance." The magazine's supposed source contends Jenner is "thinking a lot about her future" now that she's "the only one of her siblings who isn't a parent." That's not really accurate, either. While Kylie Jenner and all of the Kardashian siblings have kids now, and so do most of the Jenner siblings, her half-brother Brody Jenner is still child-less, though he married Kaitlynn Carter a few months ago.

After that second flub, the outlet's unidentifiable tipster maintains about Jenner and Simmons, "It's moving fast, but she's ready to settle down and Ben is someone she can picture herself doing that with." It's even asserted, "If Kendall decides to get married, money will be no object. She'll make sure her wedding is a huge Hollywood affair!"

But, contrary to these contentions, there is no wedding on the horizon for the model, or at least not with the NBA star. E! Online reported last week that Jenner and Simmons are cooling off, stressing that she was "wasn't ever fully committed or looking for a long-term, exclusive relationship." Us Weekly also confirmed their romance is "fizzling." It's quite apparent then that they aren't engaged. And it should be noted that even though Jenner wore the bauble that sparked this story during an outing to celebrate a friend's birthday on August 24, no publications at the time suggested she was sporting an engagement ring.

But one tabloid that is also claiming Jenner may be engaged is the New Zealand edition of Woman's Day, which is featuring a nearly identical article in its current issue. The quotes are ever-so-slightly changed, such as "Kendall has been pretty private about her past romances" versus "Kendall has been pretty private about her romances in the past." But irrespective of those negligible differences, the main allegations are the same, which means this version is equally wrong as the Australian one.

Justin Bieber 'Breaking Out In Pimples' Because Of Hailey Baldwin Engagement Stress?