Kendall Jenner does not fear she might be "undateable," despite a made-up tabloid report. Gossip Cop can debunk the bogus story. It's completely fabricated. 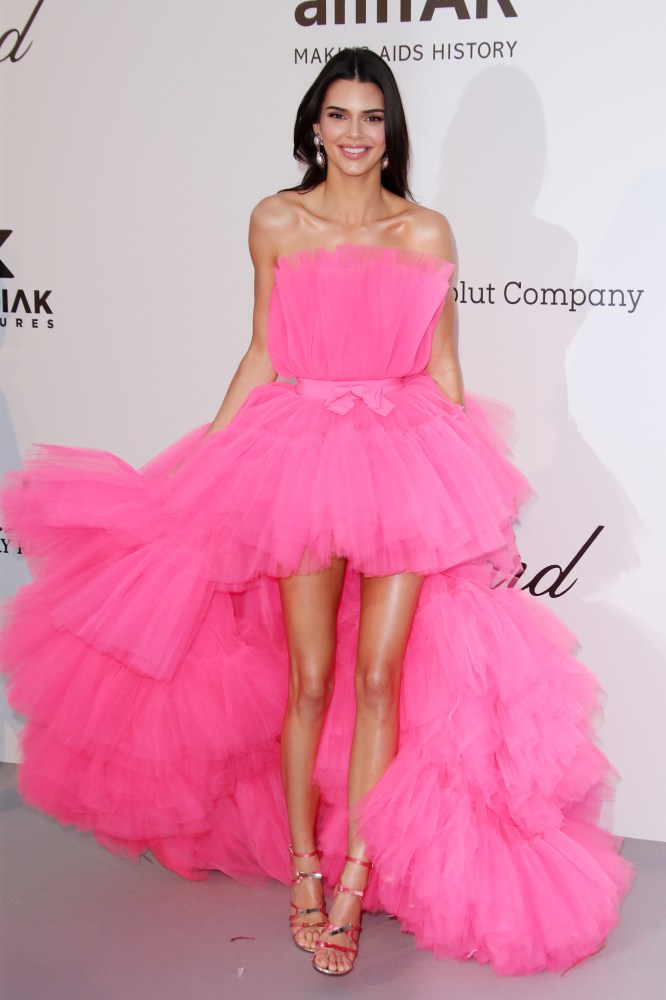 Life & Style is attempting to capitalize on the model's recent split from NBA star Ben Simmons by concocting a phony article about her love life. A supposed source tells the magazine that Jenner is starting to worry whether she'll ever "find lasting love," adding, "She falls in love easily, but it never lasts. For someone with a lot of insecurities, it only makes Kendall question herself more. She can't figure out what she's doing wrong."

The supposed source further contends that the model's hectic schedule and frequent traveling makes it difficult for her to maintain a relationship, while "she's also really shy, which doesn't make it easy to meet guys." The anonymous tipster goes on to say that Jenner still has many insecurities and "body-confidence issues," despite being one of the world's top models.

"There's added pressure for her to date someone famous," adds the unidentified insider. "A 'regular' guy would be way too intimidated by her anyway. Guys don't stick around because of the drama that surrounds her family. Ever heard of the Kardashian Kurse? No one wants to find out if there's a Jenner Jinx, too."

The questionable tipster further asserts that Jenner has "been really stressed about her personal life lately, and you can see how it's affected her weight." The so-called "source" concludes, "Kendall looks so thin in person. Friends and family are worried about her."

There are a whole lot of claims being thrown around in the tabloid's article, and none of them are accurate. Gossip Cop checked in with Jenner's spokesperson, who laughed off the story before calling it "nuts." Despite what the magazine's possibly fictitious "source" says, a rep qualified to speak on the model's behalf assures us she's not having a meltdown over her love life, nor is anyone concerned about her well-being. All of the supplementary details about why it's supposedly difficult for Jenner to keep a boyfriend are also baseless.

Back in March, Gossip Cop called out Life & Style for falsely claiming Jenner slept with Travis Scott before he got into a relationship with her sister Kylie. That story was nothing but an outrageous soap opera created by the magazine. Back in 2017, we busted the publication for wrongly reporting that Jenner was having a baby with then-boyfriend Blake Griffin. It's clear the untrustworthy outlet has zero insight into the model's personal life.