Meghan Markle is having "a baby," says Kensington Palace amid reports she's pregnant with "twins." One of the American tabloids even contends the Duchess of Sussex is carrying "twin boys, and they're identical." The magazine further asserts on its cover it has a photo of the babies' "safari-themed nursery." Gossip Cop investigates the claim. 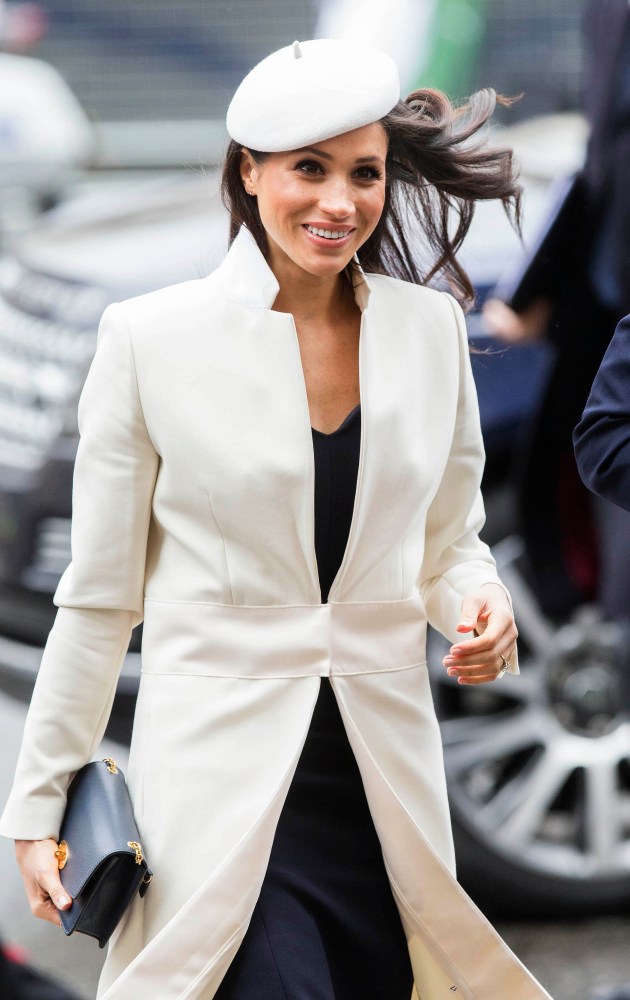 Life & Style maintains it has an "insider" who has "exclusively" shares, "Meghan's hinted numerous times that 'double trouble' lies ahead." Its same anonymous and untraceable source adds how Markle has been "spotted affectionately putting her hand on her stomach and saying she can't wait to meet 'them.'" Meanwhile, asserts the publication, Prince Harry has "implied it's 'boys.'"

To back up its premise, the outlet accurately notes how the chances of conceiving twins when a woman is older than 35 increases for a variety of reasons. It also points out how Princess Charlene of Monaco gave birth to twins at 36, while Crown Princess Mary of Denmark had her twins at the age of 38. Oddly, however, after previously contending for certain that Markle is having twins, the magazine writes less confidently, "There's plenty of speculation she's about to be initiated into the twin club."

Next, the tabloid claims Kate Middleton is planning a baby shower and has "hired a caterer to make blue cupcakes and a three-course lunch." Following that falsehood, the outlet further tips off how its "insider" doesn't really have any insight at all when he or she alleges, "Meghan has been busy decorating a safari-themed nursery," complete with two cribs, in their 21-room apartment at Kensington Palace. "And Harry's been helping, putting up shelves and ensuring everything is baby-friendly," continues the seemingly made-up source.

Of course, the purported "insider" doesn't happen to know what they're talking about. Before the publication was even printed, it was widely reported Prince Harry and Markle are moving to Windsor Castle right after the new year. Clearly, he's not "putting up shelves" at a baby-friendly height, nor is she ordering two cribs and "decorating a safari-themed nursery" in Kensington Palace. It's also bears mentioning the photo on the magazine's cover of Markle and Prince Harry's "safari-themed nursery" is the same picture the outlet previously used for a piece about Mariah Carey's twins's nursery several years ago.

But none of that is the worst of it. This is actually the third "twins" cover Life & Style has published in the last six months, each with an entirely different narrative. In June, for instance, Gossip Cop busted the tabloid when it claimed Markle and Prince Harry were having twins, "a boy and a girl." Two months later, there was a slight gender change. In August, the magazine declared Markle and Prince Harry were having twins, "two girls."

In that manufactured article, the supposed source alleged Kate Middleton would be throwing a baby shower for Markle and had "hired a caterer to make pink cupcakes and a three-course lunch." That's the exact same quotation the purported "insider" utters in the latest cover story, only the word "blue" has been substituted for "pink." And that's not the only fabricated claim the tabloid cribbed from its previous tall tales. While the current article about them having "twin boys" has Markle saying "double trouble lies ahead," in the August piece it asserted Prince Harry told pals "double trouble lies ahead of him."

Indeed, there has been speculation on both sides of the Atlantic about the Duchess' pregnancy. In fact, bookmakers recently suspended bets in the UK about Markle having twins because there were so many wagers. It's been reported that oddsmakers think an actual royal insider has been wagering big money, causing the avalanche of bets.

When Gossip Cop posed whether or not Markle is expecting twins, Kensington Palace directed us to its October 15 announcement on Twitter that reads, "Their Royal Highnesses The Duke and Duchess of Sussex are very pleased to announce that The Duchess of Sussex is expecting a baby in the Spring of 2019." Significantly, Prince Harry said during a speech on his and Markle's royal tour in Australia, "We also genuinely couldn't think of a better place to announce the upcoming baby, be it a boy or a girl." While the official stance is a single baby, it's possible Markle is carrying twins and a much higher probability Life & Style is just guessing.

Julia Roberts Getting Divorce After Christmas?