Is Meghan Markle "worried" about Prince Harry's bachelor party? A new report claims she's upset with his supposed plans to go to Las Vegas before their wedding. Gossip Cop, however, can bust the story. 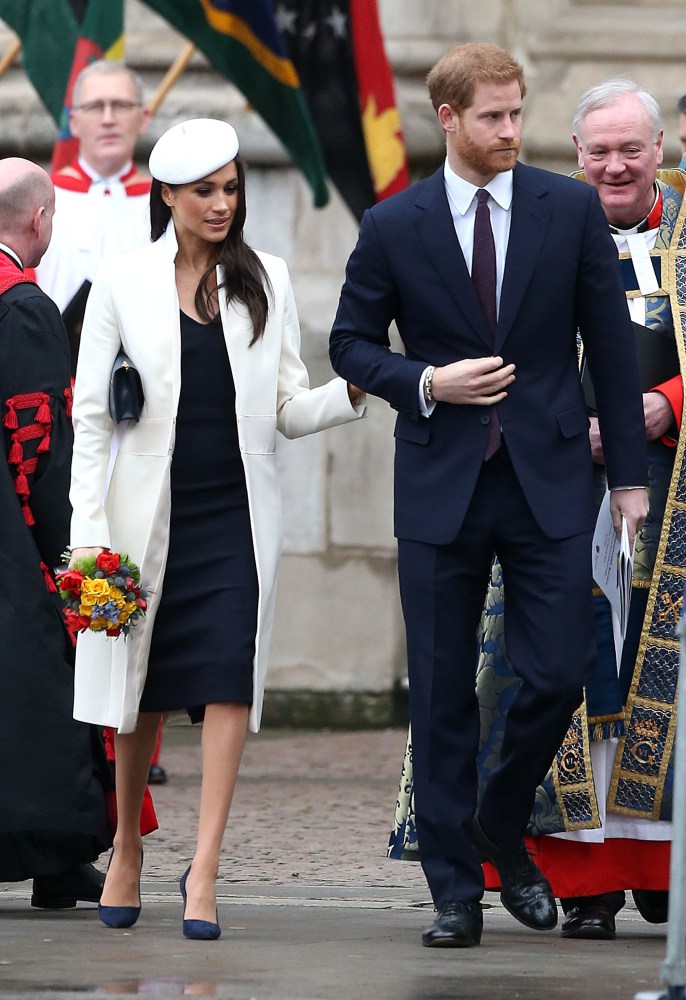 Despite reports Prince Harry's bachelor party location may be Verbier, Switzerland, New Idea claims he's actually planning to have a "blow-out" in Las Vegas, where he infamously traveled years ago and sparked an embarrassing scandal for the royal family. With that history in mind, the tabloid alleges Markle is "worried" about what might go down in Sin City, "especially after his previous antics in Vegas."

"She is dreading what he might get up to and is praying he changes his mind," a so-called "insider" is quoted as saying. The gossip magazine's supposed source contends Markle views her husband-to-be as being "totally insensitive, especially after what happened before." And amid these fears that Prince Harry and his friends "won't exactly behave like choir boys," the outlet also maintains Markle is concerned "someone will capture their antics on camera."

The publication goes on to allege that "when Meghan confronted Harry about going to Vegas, he insisted that the main purpose of his trip is to spend quality time exploring the Grand Canyon," with Las Vegas being "the most convenient airport." Still, Markle is described as "rocked." Contends the purported tipster, "While she believes Harry when he says he going to be on his best behavior, she knows how soon things can get out of hand, especially in Sin City."

But there's a few ways to tell this dramatic tale is actually meritless. Firstly, no reputable publication has reported anything about Prince Harry coming to the United States for his bachelor party. The tabloid alleges this supposed trip is set to take place "at the end of April, three weeks before" the big wedding. Should something go publicly wrong on the vacation, even if it were not Prince Harry's fault, it would likely cast a shadow over the nuptials. It makes no sense to suggest he would be willing to take such a risk.

And while he's undoubtedly grown more mature since his previous visit, Prince Harry would just be drawing attention to his 2012 royal scandal by going to go Vegas again for his bachelor party. It's illogical to suggest he wants his past misdeeds back in the spotlight given the years he's spent building a more exemplary reputation. But the biggest indication that this story is untrue is that part of it is plagiarized.

Almost exactly two months ago, Heat similarly claimed, without any legitimate proof, that Prince Harry's bachelor party was going to be in Las Vegas. This New Idea story copies some of those old quotes word-for-word as if they're new and proprietary. It's unclear why the magazine is trying to pass off another outlet's work as its own, particularly claims that were already debunked. It seems the publication wants to dupe readers. Fortunately, it's readily apparent this report is, as the Brits might say, just rubbish.

Brad Pitt, Jennifer Aniston NOT caught kissing or back on, despite report