Mila Kunis slams the tabloids in a new interview. The actress specifically calls out pregnancy and divorce rumors, some of which have alarmed her family. Gossip Cop has also busted a number of these fabricated stories. 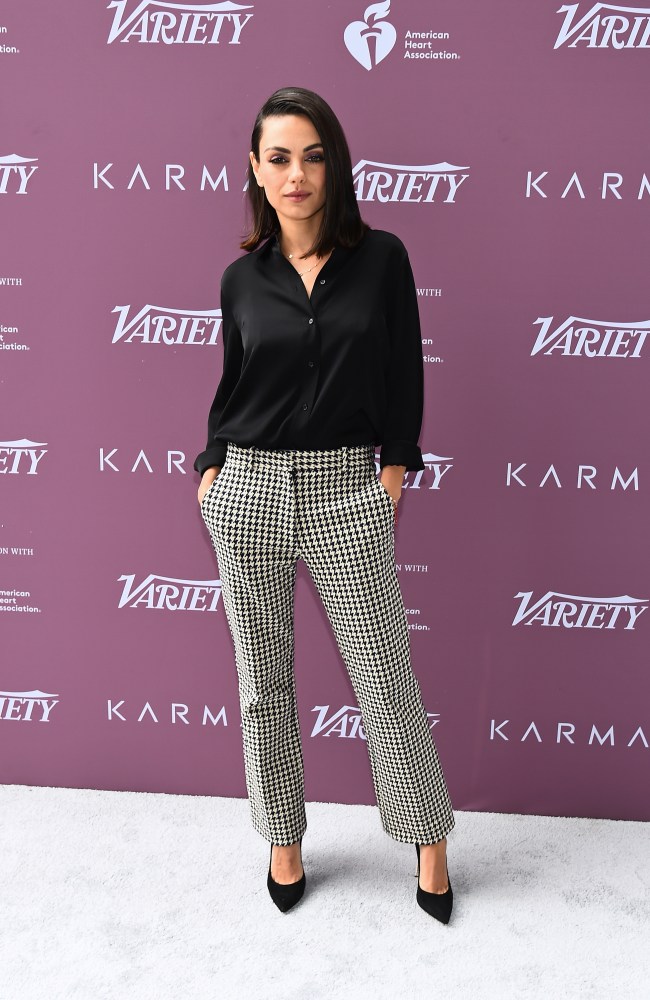 Kunis, speaking with Kate McKinnon for a Cosmopolitan cover story, admits that she generally doesn't know what the media writes about her, "other than I know that I'm pregnant about once a year and my husband [Ashton Kutcher] and I are getting a divorce once a year." She explains, "I know this because I go down the grocery store aisle, and I see it on the cover of magazines and I'm like, 'Oh boy, okay!'" Kunis then confesses, "The only thing that's upsetting is my parents and my grandparents sometimes get confused."

"At one point when I was pregnant, [the tabloids] said that I had an emergency and was rushed to the hospital, and my face was on the cover," recalls the star. "The amount of stress that caused my family, nobody will understand. Although my dad is always very hopeful that the pregnancies are true. He's always like, 'Is there really another?'"

In 2014, OK! published a cover story (see gallery below) that announced a "dramatic delivery" for a pregnant Kunis, claiming there was a "last-minute rush to the hospital." Inside the issue, the magazine tried to get readers to believe it was all a scary false alarm. Well, the article was false, all right, as nothing had happened at all. Weeks later, the same outlet offered another made-up "delivery room drama" cover.

Then in 2015, OK! ran a cover declaring Kunis was expecting twins when she wasn't pregnant at all. A year later, when Kunis did become pregnant with her second child in 2016, the publication offered another twins cover that was just as untrue. Meanwhile, 2017 brought an entirely bogus Star cover story about Kunis and Kutcher getting divorced. In May, Gossip Cop observed that a full year had passed since that lie was peddled. And this past March, NW wrongly claimed Kunis was pregnant with her third child.

In addition to all of this, last year OK! tried to dupe readers into thinking Kunis gave the magazine an exclusive interview about her marriage. In actuality, the outlet deceptively cobbled together quotes she gave to other publications. Gossip Cop understands how all of these fabrications can be upsetting for Kunis and her family, and we appreciate her calling out the gossip media.

Kutcher has also blasted the tabloids, calling out their lack of "integrity" almost exactly a year ago after Star suggested he was cheating on Kunis because he was photographed with a "stunning brunette." The woman in question was his cousin. These magazines may not tell the truth, but Gossip Cop always will.