Pregnant Kate Middleton is not having two girls, nor did the palace confirm she is expecting twins. This is another false tabloid cover story about the expectant royal, and an unoriginal one at that. Gossip Cop can debunk the report. 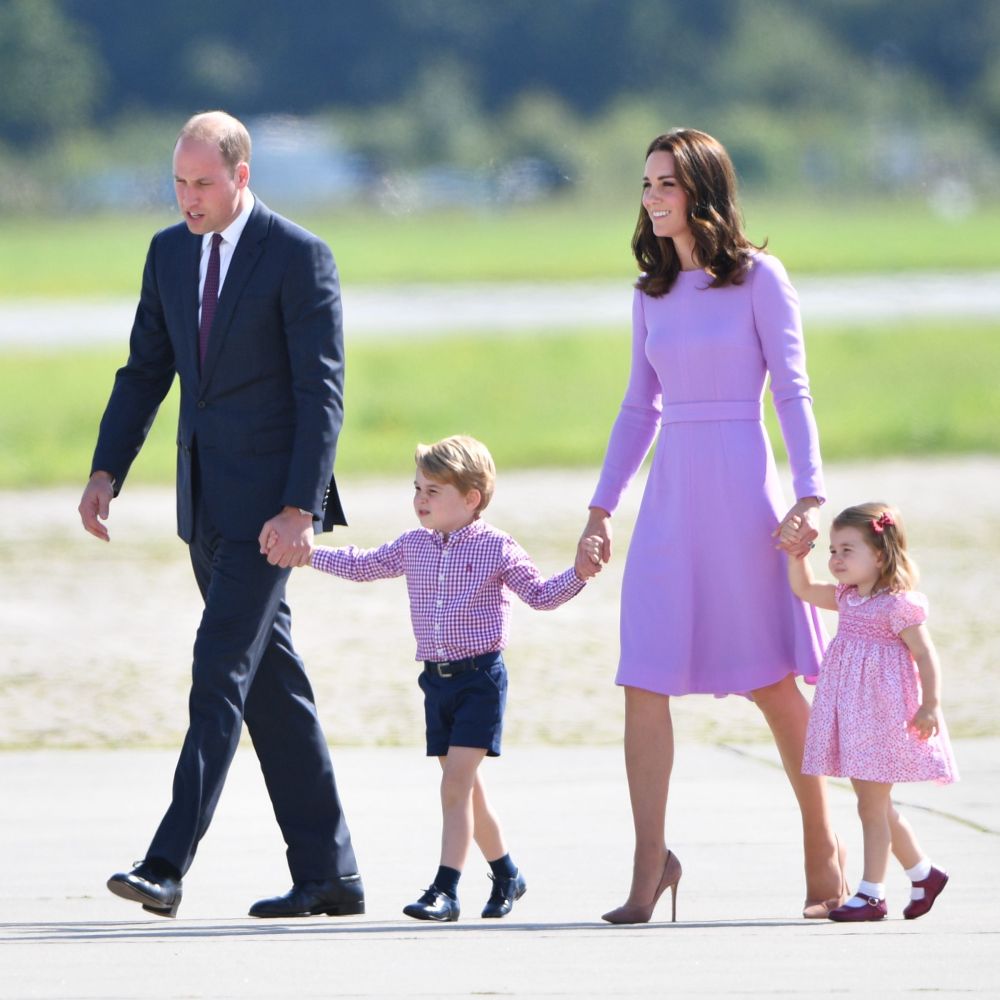 In October, Life & Style wrongly alleged Middleton was expecting twins. Gossip Cop confirmed the claim was completely untrue, but the gossip magazine continued its bogus narrative both online and in its print edition. And now more than three months after the contention was first busted, the outlet is trying to trick readers into thinking its allegation is not only true, but also officially confirmed.

The new issue declares, "Princess Kate: Yes, I'm Having 2 Girls!" The front of the edition further touts, "Palace Confirms Twins!" But Middleton never made any such statement and Kensington Palace never confirmed she is carrying twins. Still, it's similarly alleged in the article, "After months of speculation, Kate Middleton gets some big news: She's having two girls!" The publication specifically claims the Duchess of Cambridge has "made an official announcement to close friends and family," revealing that she's "expecting identical twin girls."

She and Prince William "couldn't be happier about their double baby news," a so-called "source" is quoted as saying, further claiming, "She's been telling pals she's thrilled to be pregnant with two little princesses and has been proudly showing the sonogram to those closest to her." The tabloid's alleged snitch even asserts that during a recent ultrasound, "one of the babies was calm and relaxed, whereas the other had endless energy," so now Middleton "feels like she's got an idea of what the girls' personalities are like."

What's more is a supposed "royals insider" maintains Middleton "suggested they name one twin Diana," in honor of Prince William's late mother, while "Victoria, Alice, Olivia, Alexandra and Elizabeth" remain possibilities. This alleged "insider" goes on to claim the Duchess has been "advised to go on bed rest now that she's around the seven-month mark of her pregnancy," and also asserts the royal family is spending $75,000 to build a new nursery at Kensington Palace. And a purported "palace insider" describes Queen Elizabeth as "overjoyed to be welcoming two new great-grandchildren."

Nowhere does the actual story provide any evidence to back up the "palace confirms twins" contention on the cover. On the contrary, Kensington Palace reiterates to Gossip Cop that its Twitter statement from October still stands: "The Duke and Duchess of Cambridge are delighted to confirm they are expecting a baby in April 2018." Only "a baby"' was mentioned because that's all the couple is expecting.

And while the magazine maintains Middleton has been told to go on bed rest, Kensington Palace posted a video on Twitter on Wednesday of her arrival at the opening of an addiction treatment center in Essex. Clearly, the outlet's allegations are off the mark. Frankly, Gossip Cop wonders how the publication will try to cover up its misinformation when Middleton gives birth to just one child later this year. Life & Style likely won't take responsibility for its falsehoods, but we'll continue to hold the tabloid accountable.

Are Blake Shelton and Miranda Lambert at war?

Carrie Underwood and Mike Fisher NOT headed for divorce