Are Scarlett Johansson and Colin Jost engaged? Rumors are swirling after the couple stepped out together following this week's "SNL" taping. Gossip Cop looked into the engagement possibility and can now reveal what we know. 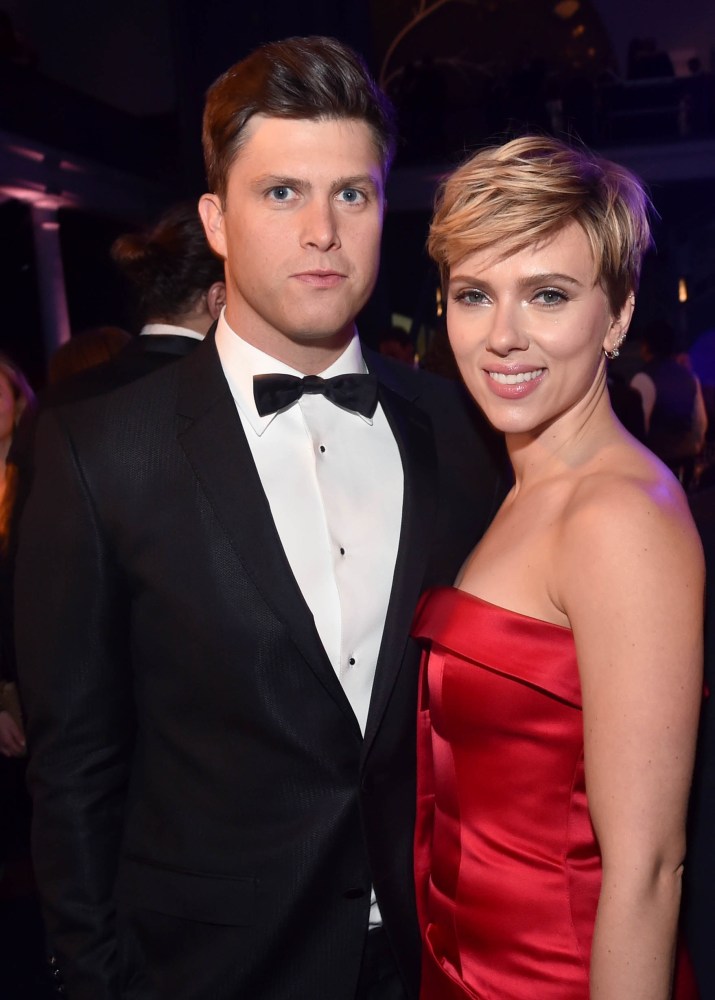 Johansson and Jost showed they're still going strong this weekend when she joined him at the traditional "Saturday Night Live" after-party. The pair was photographed by paparazzi, the photos of which are now being used to suggest they're set to marry. Johansson was "flashing a new rock as she wore a diamond ring that looked like an engagement ring," asserts the Daily Mail, though it acknowledges the bauble was "not on her wedding finger." Still, the publication maintains, "At one point it appeared as if she was trying to conceal it."

To further fuel the theory that the stars may be engaged, the paper points out that the sighting comes "months after Us Weekly claimed that he wanted to marry the movie star and she was open to the idea." Indeed, the tabloid published an unsubstantiated report in December that alleged Jost was "telling friends he wants to marry" Johansson. To this day, however, the contentions have not been confirmed.

As for their current status, a source close to the situation tells Gossip Cop there has not been talk about an engagement. That, combined with the fact Johansson wore the bling on her right hand, seems to indicate she and Jost have not reached such a milestone. A rep for the actress, who has been married twice before, did not respond to a request for comment.

Of course, the gossip media has been trying to fast-track the relationship ever since it was revealed the stars were in a romance. Last October, for example, Star falsely claimed Jost was ready to propose. That same month, sister outlet the National Enquirer wrongly insisted Johansson was "rushing to the altar." The duo, however, didn't even make an official appearance together until the end of November, when Johansson and Jost attended a gala for the American Museum of Natural History. They haven't posed together since then, candid paparazzi pictures notwithstanding.

Johansson was previously wed to Ryan Reynolds from 2008 to 2011. The Avengers star married Romain Dauriac in 2014, and their divorce was finalized in 2017. They are parents to daughter Rose, who is now 3 years old. Should Johansson and Jost's relationship progress to the engagement and marriage phases, Gossip Cop will update.

Did Paris Jackson quit Hollywood and move into Teepee?