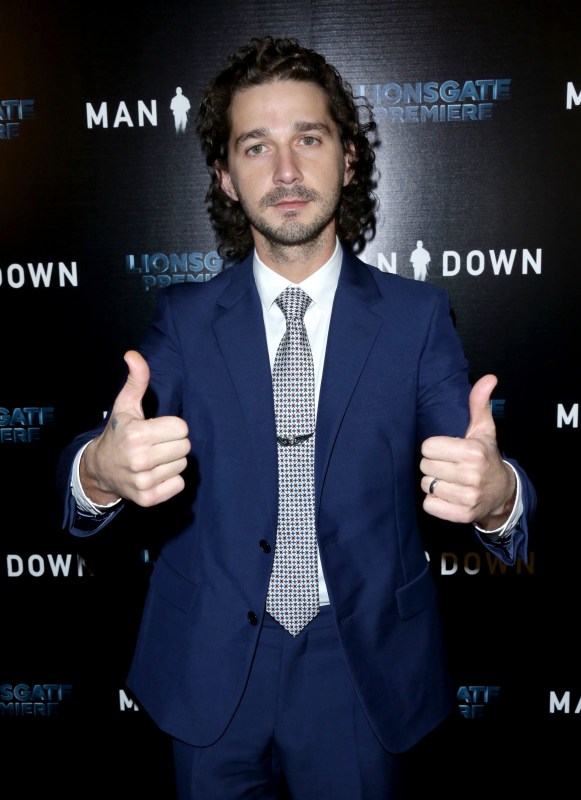 Shia LaBeouf called the police on a homeless man who showed up to his Los Angeles home on Feb. 10 claiming to be Jesus. The man was handcuffed after cops arrived at the scene, but the actor declined to press charges.

The perpetrator reportedly approached LaBeouf's gate telling him he was going to "save" him, and a paparazzi video posted on TMZ shows the aftermath of the incident. In the footage, the actor can be heard yelling, "You ain't s— to me, bro! I ain't scared of you, bro. Get away from my f—— house right now!"

The photographer then approaches LaBeouf, who's on the phone with the police, and attempts to ask him a question, but the annoyed and rattled actor shoots back, "Shut up right now. I got a stalker on me. Can you chill the f— out? Life is bigger than this right now."

The police eventually arrived and detained the man, but he was set free.

Later in the paparazzi video, the homeless man walks down the block smoking a joint and tells the camera, "We'll bring the storm to your front door. Time to repent."

He then goes on to describe the situation at LaBeouf's residence as "a misunderstanding."