Tristan Thompson is demanding Khloe Kardashian "ditch" her psychic, according to a report. Gossip Cop, however, is hearing otherwise and can bust this story, which comes from the tabloids. 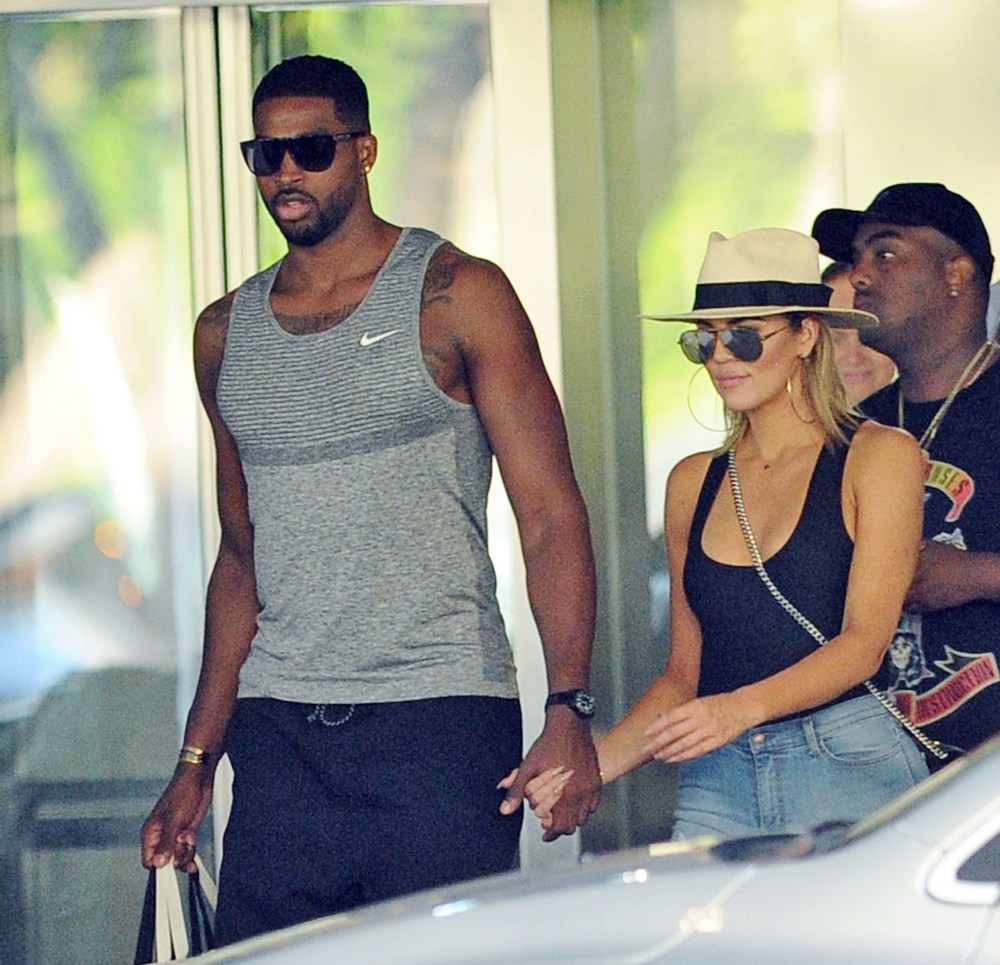 The article in question can be found in the pages of OK!, which alleges that although the expectant star "could turn to mom Kris Jenner or her two older sisters for baby advice," she's "instead relying on a psychic." The problem, claims the gossip magazine, is that Thompson "can't help but roll his eyes" over her devotion. A so-called "insider" is quoted as saying, "Khloe has always been superstitious, but since finding out she was pregnant, she's taken it to another level."

"She's turned over every life decision to this woman," continues the supposed source, who doesn't name the alleged psychic but asserts, "Tristan is beyond frustrated." The outlet goes on to claim it was the psychic who "dictated" when Kardashian "should share their baby news." Contends the purported tipster, "She told them to make the announcement around the winter solstice to unleash good energy. Tristan allowed it but he told Khloe that after she gives birth, he wants the psychic to give them some space."

But there's a lot of fiction crowding out the facts in this tale. Kardashian has been on "Hollywood Medium" a few times and she is a fan of exploring psychic abilities. In fact, she even said during one of her appearances that she thinks she's a bit psychic herself. And she did formally announce her pregnancy one day before the winter solstice in December.

The timing, however, was mere coincidence, not a plan orchestrated by a psychic. Kardashian explained on "The Ellen DeGeneres Show" just this week that the real reason she kept her pregnancy secret for months is that because she "wanted to have a baby for so long," she preferred to enjoy the special news privately and then share it with the world "on my time and when I felt comfortable to do so." And on Thursday's "Jimmy Kimmel Live," Kardashian confirmed her family is indeed giving her pregnancy advice, but it's actually "unwanted."

She argued that like other first-time mothers, she believes everyone should "let [her] experience things" on her own. That goes right to the heart of the tabloid's contentions, which is that Kardashian is relying on a psychic for advice. Clearly by her own admission, she's approaching her pregnancy quite independently. And at no point during any of her recent interviews about this journey did she say a psychic is helping guide her decisions.

Who knows, maybe if OK! had a psychic of its own, its reporting on her pregnancy wouldn't be so off-base. In November, Gossip Cop busted the magazine for deeming Kardashian a "delivery room diva" and alleging she was annoying the staff at Cedars-Sinai Medical Center in L.A. with demands for her upcoming birth. In actuality, the mom-to-be has revealed she plans to welcome her baby in Cleveland. Whoops.

Justin Bieber "guys only" snowboarding trip details made up by outlet

Is Meghan Markle getting a royal makeover?