Did Victoria Beckham really cancel a Spice Girls reunion to have another baby? That's the claim coming from one of this week's tabloids, but Gossip Cop can exclusively set the record straight. We're told it's "nonsense."

According to NW, Beckham put a "stop to the Spice Girls reunion once and for all" to have a fifth child. A so-called "source" is quoted as telling the publication, "The deep need to add to the family came out of nowhere. David was blindsided, he thought she was done having kids." The magazine's dubious "insider" continues, "Victoria misses having a little one in the house and would love to try for one more," given that her youngest child, six-year-old Harper, is now in school. 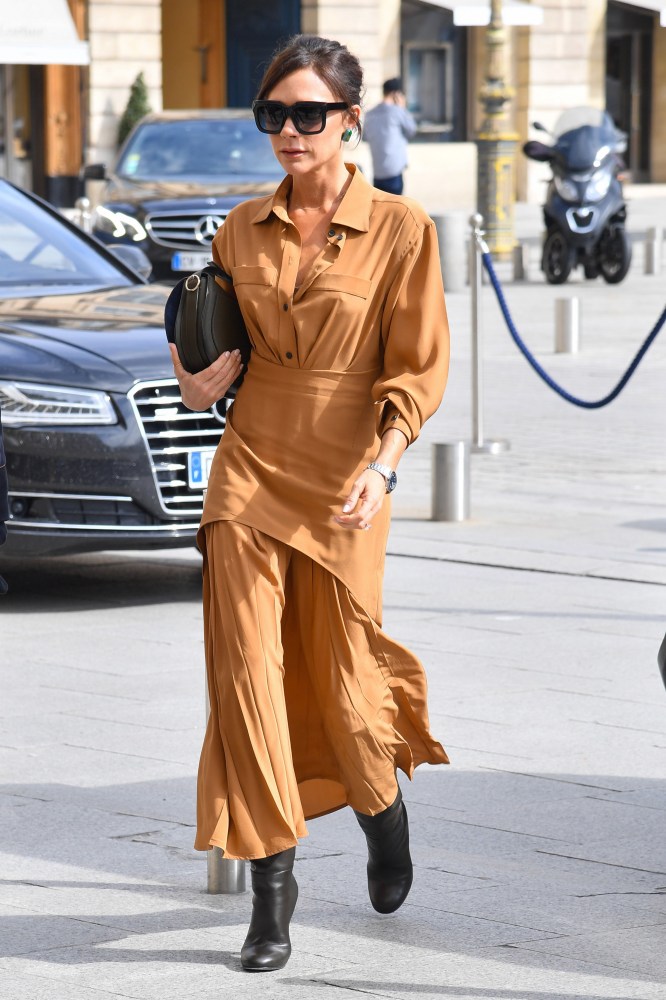 The outlet's questionable "source" goes on to allege that the former Spice Girl would even consider adoption, having been "inspired by her work" with children in Africa. "David's asked for a little time to think about it, but she will get her way eventually. She usually does," further purports the tabloid's conveniently untraceable tipster.

The entire story, however, is completely untrue. A rep for Beckham exclusively tells Gossip Cop the report is utter "nonsense," as the star didn't cancel a potential reunion with her former girl band to have another baby. To further disprove NW's wholly manufactured article, Beckham said in 2015 that she doesn't want any more children. The 44-year-old was spotted leaving a hotel in New York, and when asked by paparazzi if she wanted to expand her brood, the singer said, "No, I feel as though I have done my bit." Beckham reiterated her desire not to have more kids during a talk at New York's 92nd Street Y later that week.

More importantly, the Spice Girls were never set for a reunion in the first place, so this newest tale about Beckham canceling a reunion to expand her family is completely fabricated. Remember, we recently busted both The Sun and NME when each outlet falsely claimed that the girl group was set to reunite and release a new album, but Beckham's rep assured us on the record that while the singer "has a lot of love and respect for the Spice Girls," her "future focus is fashion and family only."

Additionally, in March Beckham confirmed on the "Today" show there won't be a Spice Girls reunion. She told co-host Savannah Guthrie, "There won't be a reunion because… that was so great and that was us celebrating everything that we'd achieved. I think you need to know when it's time to actually say, 'That was great, we achieved a lot,' and everybody moves on."

Did Cindy Crawford warn daughter Kaia Gerber to "stay away" from Justin Bieber?