What happened to Kate Middleton and Prince William's fourth baby? Nine months ago, a celebrity magazine was so sure the Duke and Duchess of Cambridge were having another child that it featured the claim on its cover. At the time, Gossip Cop confirmed the report was untrue, and now it's clear the article was nothing more than another tabloid fabrication. 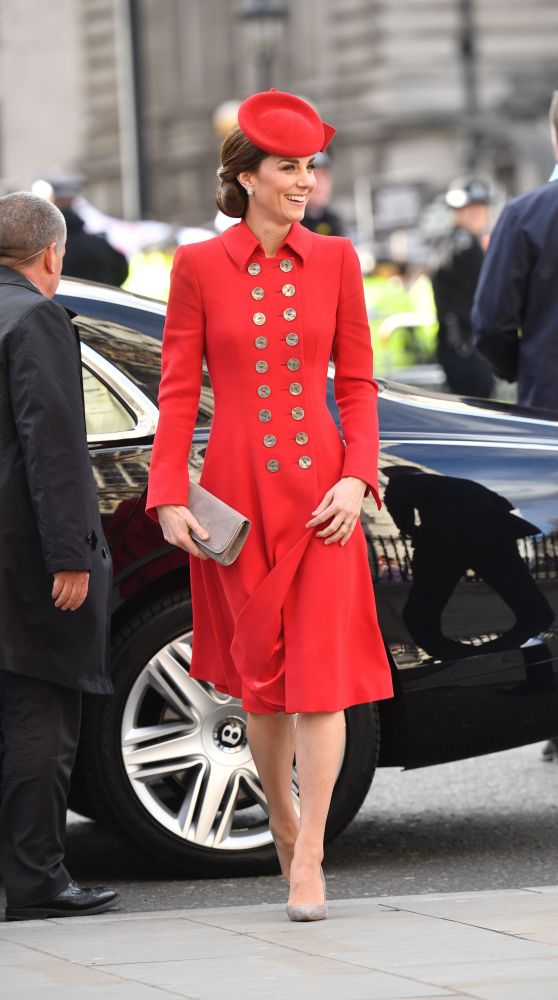 Back in October 2018, Star maintained on its front page that Middleton was expecting another baby, a mere half-year after she and Prince William welcomed their third child, Prince Louis. The outlet asserted it had an "insider" who leaked how Middleton and Prince William wanted a fourth kid "quickly" after Prince Louis' birth, but that friends were concerned about her and the baby since the duchess was rail thin from dieting. The alleged palace source further contended the royals hadn't yet shared their big news with Queen Elizabeth, and were holding off with making an official announcement.

Gossip Cop pointed out back then the absurdity of an American tabloid supposedly knowing about Middleton being pregnant with a fourth baby before the queen and other family members. Additionally, we reached out to Kensington Palace and a staffer in the media relations department audibly giggled over the magazine's story. Fast forward nine months later and, despite the publication insisting its information came from an insider, Middleton did not have baby number four.

It bears mentioning how Star has a poor record when it comes to reporting about the Duke and Duchess of Cambridge. Even before the outlet was wrong about Middleton being pregnant with her fourth baby and weighing a scant 96 pounds (below), it had printed a slew of off-base tales about them. Unfortunately, the publication hasn't become any more reliable since then.

Two months after its false report about them having a fourth child, the magazine published a cover story about how Middleton was pregnant with another baby girl. When Gossip Cop reached out for a comment, a spokesperson for the royals told us the premise was incorrect, and if there were actual baby news, it would be "announced by Kensington Palace," not a tabloid. And just a few weeks ago, Gossip Cop debunked another front page article from that outlet which inaccurately claimed Middleton and her kids were living with her mom after the rumor about Prince William cheating.

Gossip Cop likes to say that time always reveals what's fact and what's fiction. In this instance, there's no question Middleton was not pregnant with her and Prince William's fourth baby. It was a lie nine months ago, and it's still untrue to this day.

Michael Douglas, Catherine Zeta-Jones Moving In With His Dad Kirk To Take Care Of Him?

Anne Hathaway 'Living In Fear' After Crew Member Was Stabbed On Her Movie Set?