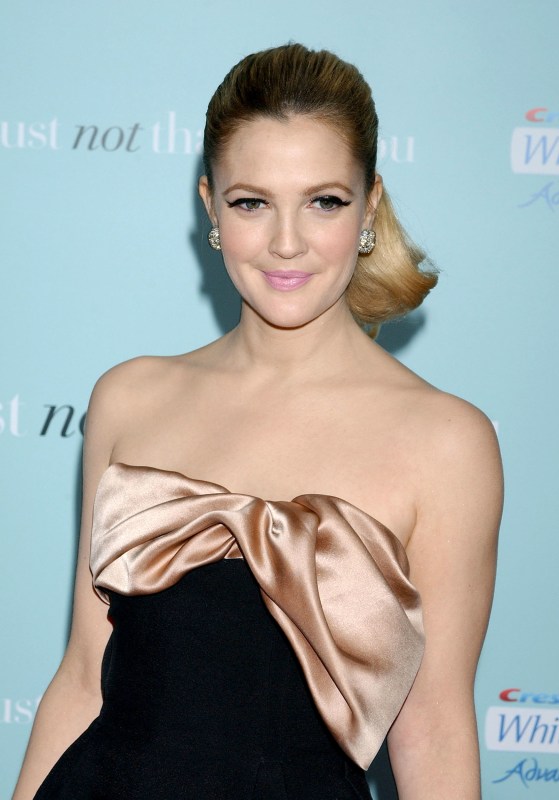 Drew Barrymore has been in more than 50 films, but it wasn't until she had the chance to play the role of a socialite-turned-recluse in Grey Gardens that she was willing to put it all on the line.

"I knew this was not a courtesy meeting, but not far from it," Barrymore said of her first sit-down with Grey Gardens producers. "I didnt want to come in there like a hungry freak. But I also felt every second counting."

See photos of Drew Barrymore through the years.

Barrymore promised to completely transform herself — and get rid of one of her trademark facial quirks — for the role.

"I just put it out there," she said in the May issue of Elle magazine. "I said, Look — I have all of this inside of me, and I promise you that I will change my face to be her. I will learn how to stop talking out of the side of my mouth. I will go to school to relearn body language. I will shut out the world. I will not talk to my friends. I will give up my life for this, because I dont think you can play this character and have a social life and balance the two mentalities. I wont act. Ill become this person.'"

Once Barrymore got the part, she set to work.

Check out photos of more stars on set.

"I did what I do when I have a big challenge lying in my path," she said. "I go to school. I shut the windows, the shades come down, the phone gets turned off, I dont go out — I study."

Her much-anticipated portrayal of Little Edie is a departure from her typical romantic comedies, such as this year's He's Just Not That Into You, but that's exactly what Barrymore wanted.

"Im in my thirties now, and I really want to try all the things that I havent gotten to do yet, like directing, and doing a drama," she said. "Ive produced and gotten to do a lot of optimistic love stories, and that was so where I was at for 10 years in my life. And now I feel like, 'Okay, now I know how to do that.' I wanted to get scared again."

Although Barrymore, 34, has been spending more time with her ex-boyfriend Justin Long, she opened about how she wanted to focus on herself when ending her long-term relationship with Strokes drummer Fabrizio Moretti in January 2007.

Take a look at stars who looked better after their breakup.

"Its hard to be with someone for five years and say, This isn't going to work,'" Barrymore said. "But it was a time in my life where I finally just said, I can't live for anyone else anymore. I have to be on my own.'"