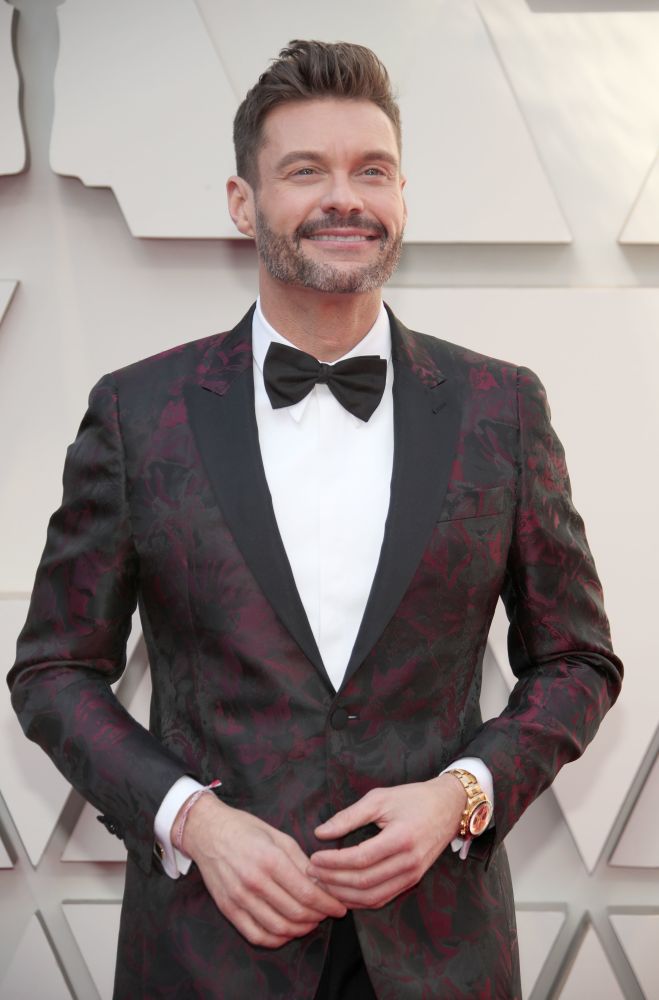 Earlier this month, Gossip Cop busted Life & Style for falsely claiming Seacrest was going to "bail" on Kelly Ripa and their talk show "Live with Kelly and Ryan." The outlet said the TV personality was "homesick" and wanted to leave New York City and move back to Los Angeles full-time. Considering that Seacrest signed a contract to co-host the show, the story didn't make much sense. The unreliable magazine also failed to mention that the TV star serves as an executive producer on "Live." Regardless, we learned from Seacrest's camp that the story about him "bailing" was simply "not true."

In December, Gossip Cop called out the National Enquirer for wrongly reporting that Seacrest invited Mariah Carey to perform on "Dick Clark's New Year's Rockin' Eve" 2019. The singer famously botched her performance at the 2017 show, but came back in 2018 and redeemed herself. According to the magazine, Seacrest wanted "to start a new holiday tradition and have her appear every year." A source close to the TV host told us the story was "untrue." Carey went on to celebrate New Year's with a performance in St. Barts.

Gossip Cop busted RadarOnline in September for alleging that Seacrest had been "dumped" from covering the red carpet at the 2018 Emmy Awards. The tabloid said E! execs removed him from the show as a result of the sexual harassment allegations made against him by a former stylist in 2017. The report wasn't accurate. In reality, E! cleared Seacrest of wrongdoing after conducting an investigation and finding insufficient evidence to back up the allegations. The real reason Seacrest didn't cover the show is that it conflicted with his hosting duties on "Live," which tapes in New York City. The on-air personality continues to serve as host and executive producer of E!'s "Live from the Red Carpet" shows, and went on to host E!'s Golden Globes pre-show in January.

Last September, Gossip Cop debunked a National Enquirer story claiming Seacrest has stories about him he doesn't like deleted from the E! website. The tabloid described the TV host as "thin-skinned" and said he'll have posts removed if he finds them unfavorable to his image. A rep for Seacrest dismissed the story as fiction, as did a source involved in E!'s website. As we noted at the time, E! had published a handful of stories about the sexual misconduct allegations against Seacrest. Although the TV host was later cleared of wrongdoing, it's not as if the site shied away from covering the controversy.

And finally, Gossip Cop busted Life & Style last April for making up a story about Ripa replacing Seacrest with Jerry O'Connell as her new "Live" co-host. The outlet alleged that Ripa had secretly spoken to the actor about relocating from Los Angeles to New York and was busy plotting how to get rid of Seacrest. As noted above, Seacrest is an executive producer on "Live" and has a contract with the show, meaning his co-host doesn't have the power to just "replace" him. Regardless, the narrative was bogus. Ripa's spokesperson assured us on the record that the report was baseless. And just a few months before the story was published, Ripa told the New York Times that Seacrest is "the future of the franchise."