Blake Shelton and Miranda Lambert have continued to be at the center of bogus tabloid stories since their 2015 divorce. Gossip Cop frequently debunks phony reports about the exes. Here are five wrong rumors. 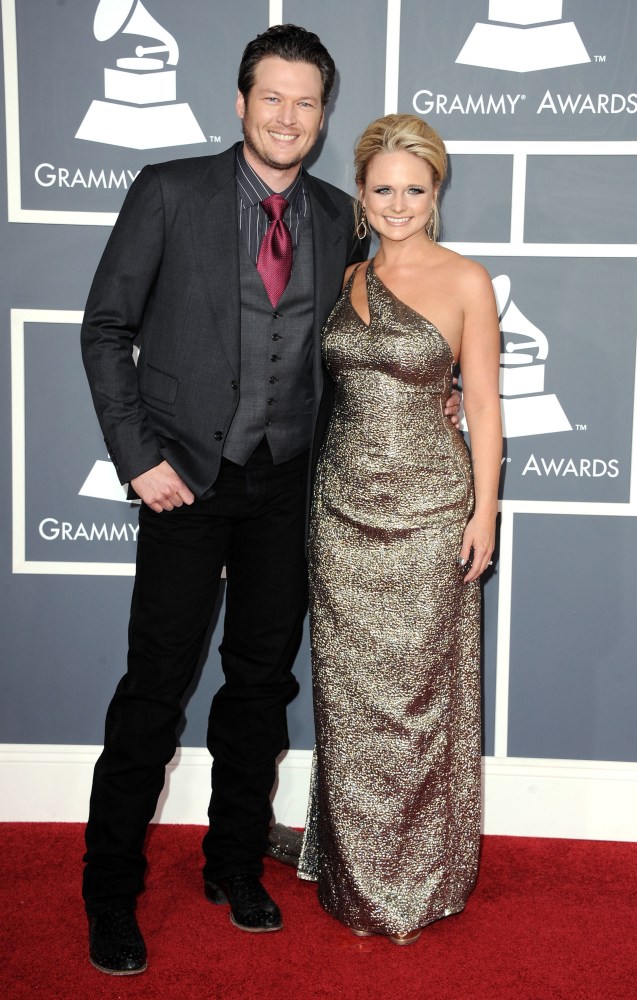 In August, Gossip Cop busted Celebrity Insider for falsely claiming that Lambert sent Shelton a congratulatory note for his so-called "secret wedding" to Gwen Stefani. The main problem with the premise? The country star and his girlfriend aren't married. It goes without saying, but Lambert didn't congratulate her ex-husband on his nonexistent wedding. In fact, Shelton recently said he thinks about marrying Stefani, but doesn't see it happening "any time soon."

Gossip Cop called out In Touch in March for alleging that Shelton and Lambert were "secretly texting" amid their respective breakups with Stefani and Anderson East. Of course, the story was baseless. Although Lambert and East did in fact split earlier this year, Shelton and his girlfriend are still very much together. The unreliable magazine, however, said the ex-spouses might reunite romantically in the wake of their so-called "splits." As time has proven, the country star's relationship with Stefani is going strong.

Gossip Cop busted Life & Style in February for wrongly reporting that Lambert was upset about Shelton opening a restaurant near her home in Nashville. The outlet contended that the singer believed her ex-husband was being "petty" by launching a business where she lives. The magazine didn't mention that Shelton moved to Nashville when he was 17 and has had a presence in the area for a long time. Nashville is also a hotspot for restaurants owned by country musicians. Shelton's decision to open a business there had noting to do with his ex-wife, who wasn't upset by the situation.

Last year, Gossip Cop busted Life & Style for making up a story about Lambert "coming between" Shelton and Stefani's relationship. The tabloid alleged that the country star and singer called off their wedding plans because "he still struggles with the heartbreak of his split from Miranda." In reality, Shelton credited Stefani with helping him get over his divorce. But as noted above, the couple never had plans to walk down the aisle, so the entire article was based on a false premise. Additionally, reps for both music stars assured us the story was fabricated.

And finally, Gossip Cop debunked an In Touch story last year claiming Shelton and Lambert were in a "race" to get married to their significant others. Lambert split from East a few months later, so she was clearly never rushing to marry him. Shelton and Stefani are still happily together, but they haven't sprinted down the aisle either. The phony story was designed to arbitrarily pit the ex-spouses against each other.