Chris Hemsworth's personal and professional life is often the subject of false tabloid stories. Gossip Cop has corrected many bogus claims about the actor as of late. Here are five recent wrong rumors. 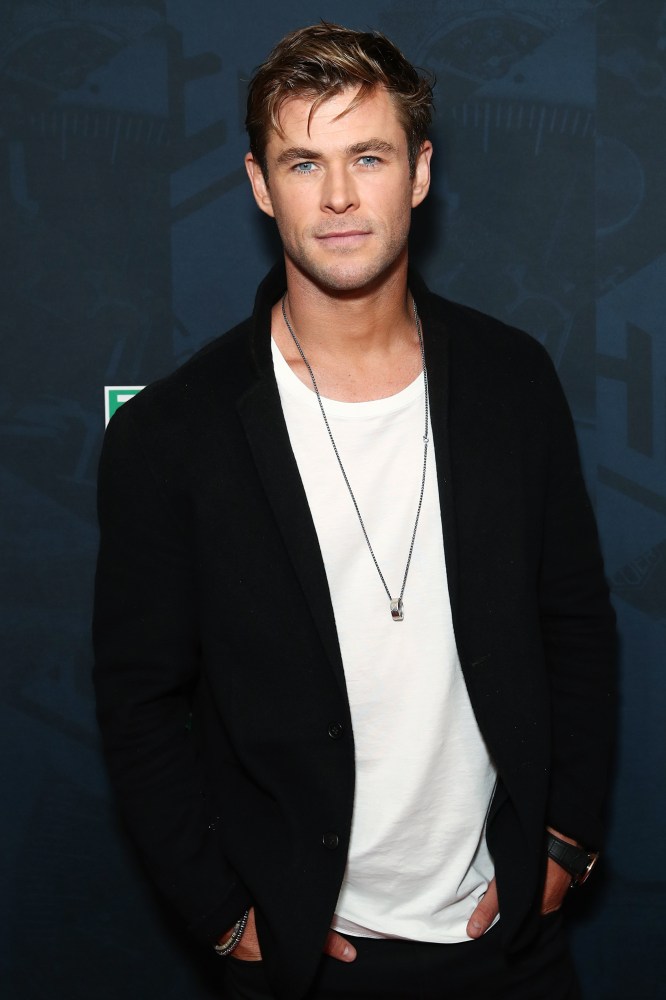 Last week, Gossip Cop busted Woman's Day for making up a story about Hemsworth's wife, Elsa Pataky, warning him to stay away from Bad Times at the El Royale co-star Dakota Johnson. The ridiculous story was fabricated after Johnson complimented the actor's physique in a Vogue interview. However, many of Hemsworth's former co-stars, including Charlize Theron, Scarlett Johansson and Olivia Wilde, have commented on his good looks, and Pataky has never had an issue with it. Additionally, Johnson is in a serious relationship with Chris Martin, so it's not as if she's on the prowl. Also, Hemsworth and Pataky frequently share adoring Instagram posts about each other, proving there's no jealousy in their relationship.

Last month, Star wrongly reported that Star Trek 4 was getting canceled because contract negotiations with Hemsworth and Chris Pine had fallen through. The story was entirely inaccurate. Although it's true that the two actors are having salary disputes, the film isn't being scrapped over the situation. Additionally, Hemsworth isn't a major part of the franchise, having only briefly appeared in the 2009 reboot. Regardless, Paramount Pictures told The Hollywood Reporter that Star Trek 4 "remains a priority development and is not being put on hold."

Gossip Cop called out Woman's Day in June for falsely claiming that Hemsworth and Pataky were having marriage problems because she was spotted without her wedding ring. The magazine didn't mention that Hemsworth and Pataky were also spotted showing lots of PDA in Australia less than two weeks prior. Shortly after we debunked the story, Pataky posted on Instagram for her husband's birthday, writing, "I love you to death."

In April, Gossip Cop debunked a National Enquirer story about Matt Damon cutting best friend Ben Affleck out of his life and replacing him with Hemsworth. Considering that Damon and Affleck run a production company together, the story didn't make much sense. After we exposed it as nonsense, Affleck shared our article on Twitter and joked, "Hey @chrishemsworth, you can have him! I'm Team @JimmyKimmel anyways." Hemsworth got in on the fun by tweeting in response, "Sorry mate not my fault! He's just a big ‪@Marvel fan, not ‪@DCComics. How do you like them apples. @jimmykimmel the ball is in your court. Choose wisely…"

And finally, Gossip Cop busted RadarOnline in February for alleging that Angelina Jolie had a "secret plan to woo" Hemsworth. It was said the actress was begging her team to find a project for the two to star in together, but only because she wanted to get close to him. Around the same time the article was published, People noted that Jolie is "not interested in dating" and won't be "for a long time" as she's focused on raising her kids. That remains the case. Meanwhile, Hemsworth remains happily married.

Brad Pitt Does NOT Give Angelina Jolie Credit For 'Sexy New Look,' Despite Report