Kate Hudson is frequently the subject of phony tabloid stories. Gossip Cop has had to debunk several bogus reports about the actress. Here are five wrong rumors. 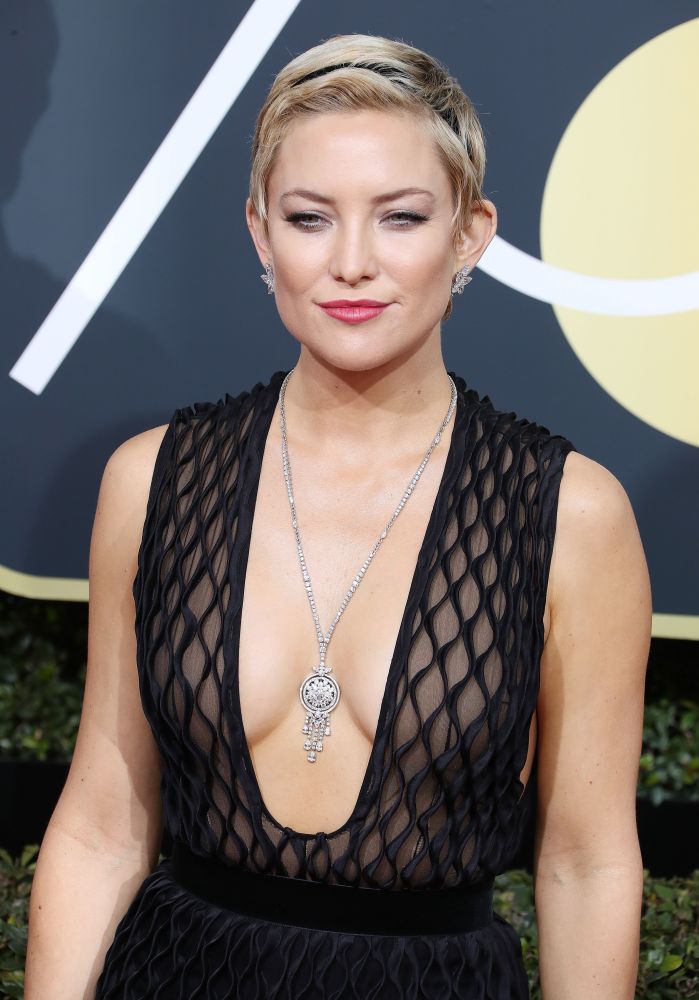 In August, Gossip Cop busted Star for falsely claiming that Hudson had been "dumped in the delivery room" by boyfriend Danny Fujikawa. There were two major issues with the tabloid's story. Not only had the actress not been "dumped," but she hadn't given birth yet. Hudson gave birth to a baby girl on October 2, and she and her boyfriend are still happily together. Regardless, it was clear the story wasn't true back in August, as Hudson and Fujikawa spent the majority of the summer traveling around the world together, and shared photos from their trips on social media.

Gossip Cop called out OK! in April for wrongly reporting that Hudson was expecting twin girls. An alleged insider told the magazine that the actress was decorating a nursery with "two of everything." However, Hudson had already announced on Instagram earlier this year that she was pregnant with "a little girl," not two. The passage of time has definitively shown that the magazine's story was fabricated.

In January, Gossip Cop debunked a Woman's Day article about Hudson and Fujikawa being secretly engaged. The outlet claimed that the musician had proposed to the actress while hiking in Los Angeles. Around the same time the phony story was published, Hudson denied rumors she was engaged, telling Women's Wear Daily, "If there's ever anything to talk about, I'm an honest person, I'll talk about it… but all that's just nonsense."

Also in January, Gossip Cop shot down a Star story claiming that Meryl Streep and Frances McDormand thought Hudson wore an inappropriate outfit to the Golden Globes. Nearly all of the women who attended the ceremony wore black to support the Time's Up movement, but according to the tabloid, the Oscar-winning actresses felt Hudson's dress showed too much skin. The premise was based on claims from an anonymous "source," but separate spokespeople for both Streep and McDormand assured us it was complete nonsense.

And finally, Gossip Cop called out Star in July 2017 for falsely claiming that Hudson was pregnant, and the baby might belong to either Fujikawa or Brad Pitt. The actress obviously didn't get pregnant until earlier this year, so the crux of the story was totally untrue. As for Pitt, the actress was never in a romance with the movie star. Last November, Hudson shot down the many tabloid stories about her dating Pitt, calling it "the craziest rumor of all time."

Gwen Stefani Hit Blake Shelton Up With A Prenup?

Amal Clooney NOT Competitive With George Over 'Star Power,' Despite Report