Travis Scott is frequently the subject of bogus tabloids stories, especially involving his relationship with Kylie Jenner. In honor of the rapper's performance at the Super Bowl halftime show on Sunday, Gossip Cop has compiled five wrong rumors about the musician. 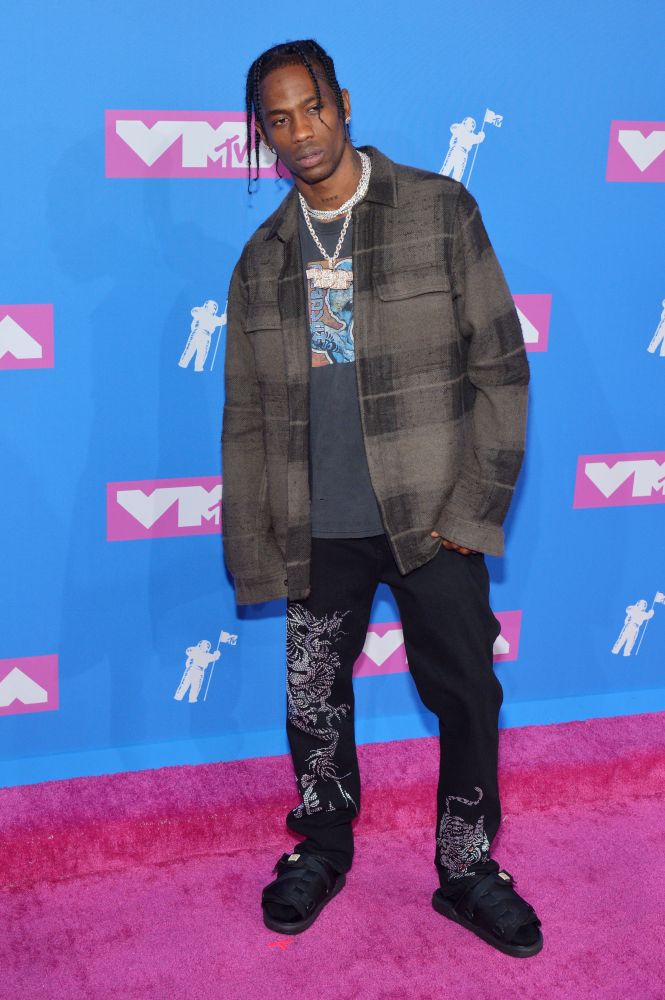 Last month, Gossip Cop busted Star for falsely claiming Scott and Jenner were selling backstage passes to meet their baby daughter Stormi during the rapper's Astroworld concert tour. The magazine contended fans could meet the infant for $3,000, and that Scott came up with the idea as a way to "boost ticket sales." Not only did a source close to the situation dismiss the story as ridiculous, but around the same time, TMZ noted Scott was taking extreme security measures to keep Jenner and their daughter safe when they join him on tour. The couple hasn't allowed any strangers to pay money to meet their baby.

Gossip Cop called out In Touch last September for wrongly reporting Scott and Jenner were having a $30 million wedding on a tropical island. The unreliable outlet didn't bother to mention exactly when or where the nuptials would take place, but insisted they were planning a "days-long destination wedding." In the four months since we debunked the story, the couple has yet to get engaged, let alone married. There have been theories Scott plans to propose to Jenner during the Super Bowl, but that remains to be seen.

Last July, Gossip Cop debunked a Star story claiming Scott and Jenner were headed for a split. The tabloid alleged the couple had been fighting over "his bad attitude about her fame and schedule." Around the same time the phony story was published, Scott and Jenner enjoyed a romantic getaway together in Paris. Additionally, the reality star often rearranges her schedule to join her boyfriend on tour, so the article was simply baseless.

Gossip Cop also busted Life & Style last July for publishing a cover story saying Scott and Jenner were expecting a second child just months after the birth of their baby girl. Naturally, the passage of time has discredited the tabloid's story. In fact, when a similar claim emerged earlier this month, Jenner took to Twitter to deny that she's pregnant again.

And finally, Gossip Cop corrected the New York Post last April after the outlet wrongly reported Kris Jenner would be managing Scott's career. The story came on the heels of the rapper splitting from longtime manager Izvor "Izzy" Zivkovic. In reality, Scott hired Irving Azoff and David Stromberg as his new managers. Meanwhile, the rapper's girlfriend even debunked the rumor on Twitter. Along with a link to an article about her mom managing Scott, Jenner tweeted, "This isn't true," and added a facepalm emoji.

Blake Shelton "Wants Out" Of 'The Voice' Because Gwen Stefani Didn't Return?