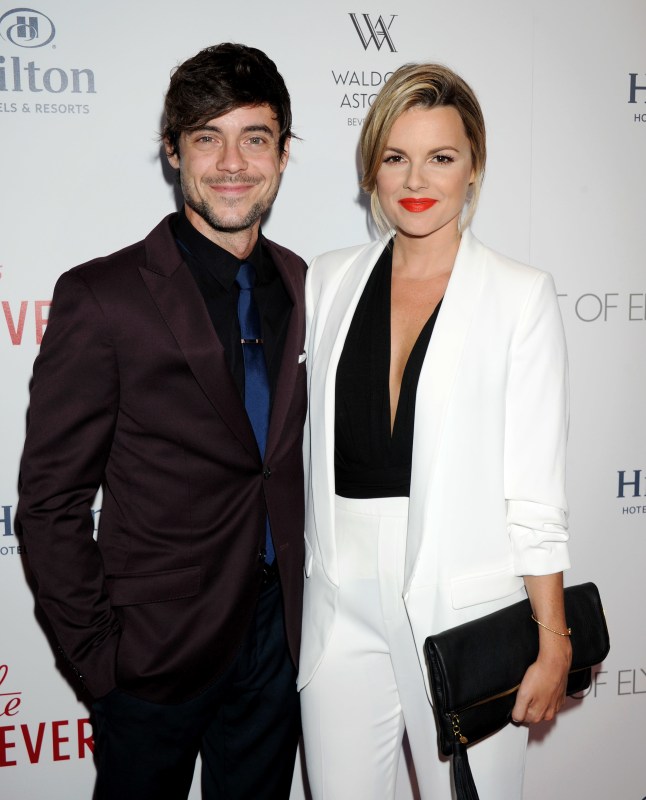 Ali Fedotowsky is married! The former star of "The Bachelorette" wed Kevin Manno in Los Angeles on March 3.

The couple tied the knot in a beachside wedding at the Terranea Resort. Their 7-month-old daughter, Molly, served as flower girl, getting pushed down the aisle in a carriage. The family dog made a trip down the aisle too.

Roughly 100 guests were in attendance, including Andi Dorfman, another former "The Bachelorette" star. Other celebs who witnessed the nuptials include Kaley Cuoco, Haylie Duff and Lacey Chabert. For her big day, Fedotowsky wore a strapless Alvina Valenta dress.

She tells Us Weekly, "Throughout my life, I've always imagined what my wedding day would be like. Today has been far better than anything I could have dreamt up. Kevin is the one true love of my life, and I feel insanely lucky to call him my husband. I am honored to be Mrs. Manno."

As Gossip Cop has reported, Fedotowsky was previously engaged to her "The Bachelorette" winner, Robert Martinez, but they split in 2011. The reality star started dating Manno, a TV and radio personality, in 2013. They announced their engagement in 2015, and Fedotowsky revealed she was pregnant in early 2016. Baby Molly was born last July.

Now the parents have a new title: Newlyweds! Gossip Cop congratulates Fedotowsky and Manno on their nuptials, and we wish them a lifetime of happiness.