Angelina Jolie is not "getting serious with a British mystery man," despite a bogus report based on claims that have already been debunked. Gossip Cop can once again set the record straight. The actress isn't dating anyone at this time. 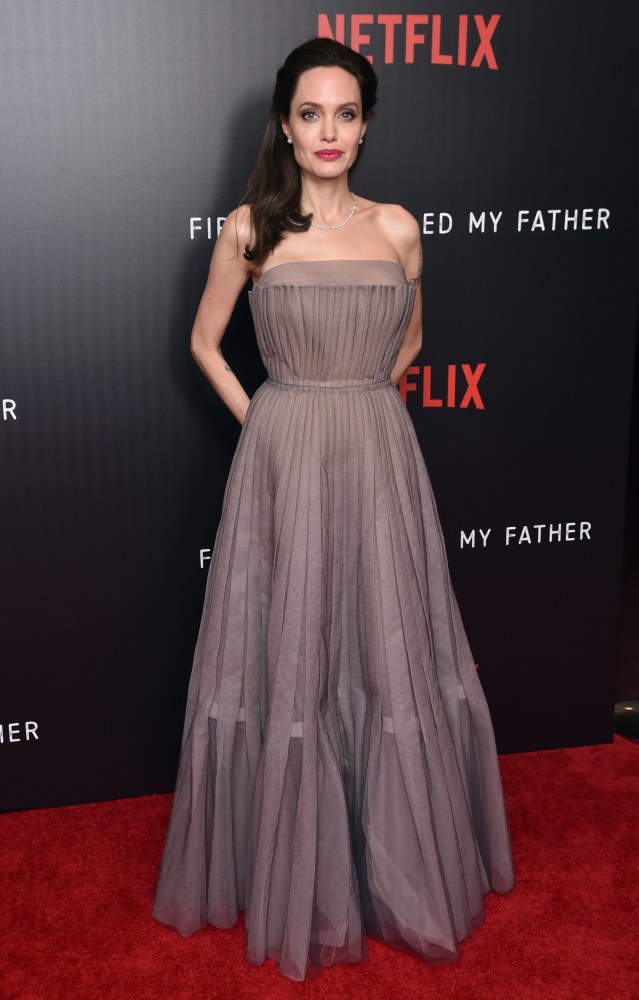 According to RadarOnline, however, Jolie has fallen for "a mysterious millionaire on the other side of the pond." An alleged insider tells the blog that the actress "doesn't want his identity to be revealed until her divorce from Brad [Pitt] is official," so she's keeping mum about her love life.

The actress's supposed suitor is described as a "reputable art dealer and philanthropist" who she supposedly met through mutual friends. "She's introduced him to the kids already, which is a sure sign that this is more than just a fling," adds the seemingly phony source. "She wouldn't take that step if she didn't see this romance lasting."

Meanwhile, "sources on the set" of Maleficent 2, which is currently shooting in London, claim Jolie had producers arrange her schedule so she can take time off for "romantic weekends in the English countryside." The questionable tipster concludes, "This split from Brad has been dragging on and Angie is looking forward to the day the ink dries on the divorce papers. Then she won't have to hide her new beau anymore."

This narrative is both outdated and untrue. It was first alleged in April 2017 that Jolie had a mysterious British boyfriend, but she's never been spotted with the supposed man, nor has he ever been identified. Over the past year, various tabloids claimed she was getting married and having a baby with this mystery Brit. As time has shown, that didn't happen. The rumors started dying down when it became patently clear that Jolie doesn't have a boyfriend, but RadarOnline is now rehashing the fake premise because she happens to be making a movie in London.

Not only has Gossip Cop debunked countless stories about the actress dating an unidentified British philanthropist, but other reputable publications also recently reported that Jolie isn't dating anyone at this time. People recently noted that the actress "is absolutely not seeing anyone and will not be." E! News also confirmed that Jolie "remains focused on her kids" and isn't interested in getting back in the dating game.

It's absurd that RadarOnline is reigniting a storyline that's been repeatedly debunked since it first emerged more than a year ago. Jolie never dated a mystery Brit in the wake of her divorce, and she isn't dating one now. The only "mystery" here is why the gossip media won't stop recycling this nonsense.

Will Smith, Jada Pinkett marriage in crisis over Margot Robbie?