Is Brooklyn Beckham dropping out of college because he's been unable to make friends? That's what a tabloid is alleging. But Gossip Cop has exclusively learned that while the 18-year-old may take a leave of absence, it's not for the reason being peddled in this inaccurate story. 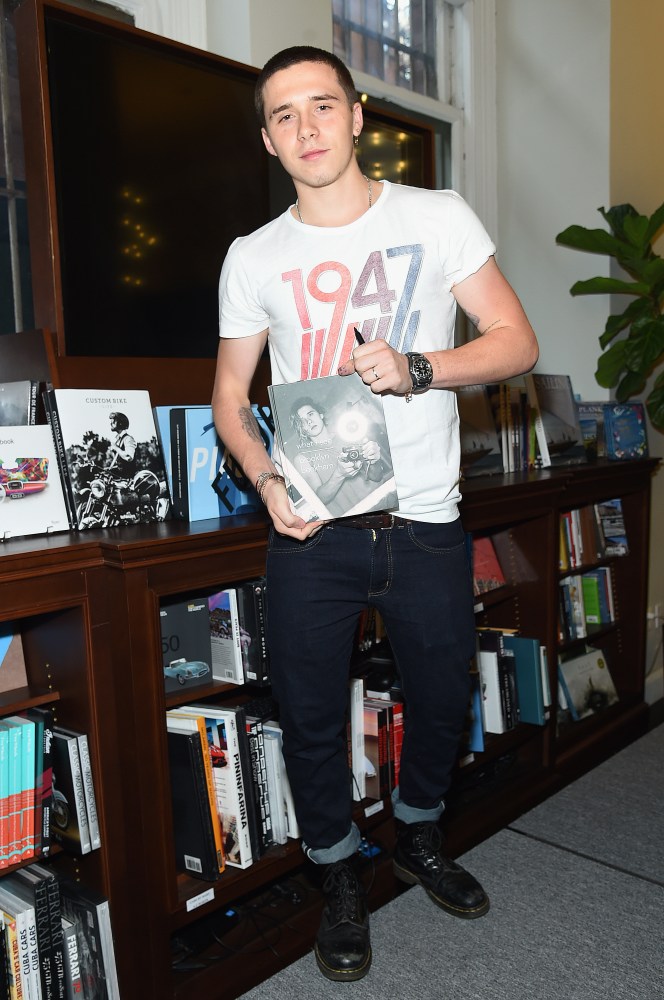 In late August, Victoria and David Beckham's son began classes at New York City's Parsons School of Design, where he's studying photography. In an interview a month later, Beckham admitted "fangirls" at the college made adjusting into the new environment slightly difficult at first. Now Star is claiming the teen actually doesn't fit in at the school and wants to leave because he's not the "Big Man On Campus."

"He blew into Parsons with a massive ego. The diva act didn't fly with other students and they ostracized him," a so-called "coed" claims to the gossip magazine. The outlet accuses Beckham of being "boastful" and "acting too cool," with the supposed source alleging he's "spent a lot of time bragging about his famous friends and all the A-list parties he gets invited to." That assertion, however, contradicts the aforementioned interview, in which Beckham insisted, "I don't hang out with all those famous, annoying people."

Still, the publication gives him an "F for friendship" and deems him "persona non grata" at the esteemed college. As for Beckham's alleged exit, the purported "school insider" maintains that while he claims he's leaving for "incredible, far-better professional opportunities," he's really "just mad because no one worshipped him like he expected they would." Actually, the photographer didn't want anyone to "worship" him. He even pointed out in reference to those "fangirls," "Sometimes, I have to be like, 'I'm going to be with you for, like, four years, so chill.'"

And Beckham isn't simply trying to put a "face-saving spin on dropping out," as the tabloid claims he's doing. Gossip Cop has confirmed he actually has been offered gigs outside of school. That said, he has not yet decided if he will accept the jobs. "He's been offered a couple of internships with top photographers, and he's now weighing the best options, to stay at college or take the internships," a family confidante explains to Gossip Cop exclusively.

We're told "no decisions have been made," but should Beckham opt to take the internships, "it wouldn't be about leaving" for good, but "deferring his college place." A rep also confirms to Gossip Cop that he may end up changing course, but for now he remains enrolled in school. We're further assured that friendships or lack thereof with other students won't dictate his future.

Is Beyonce challenging Wendy Williams to a sing off?

Does Tom Hanks have a fake nose?