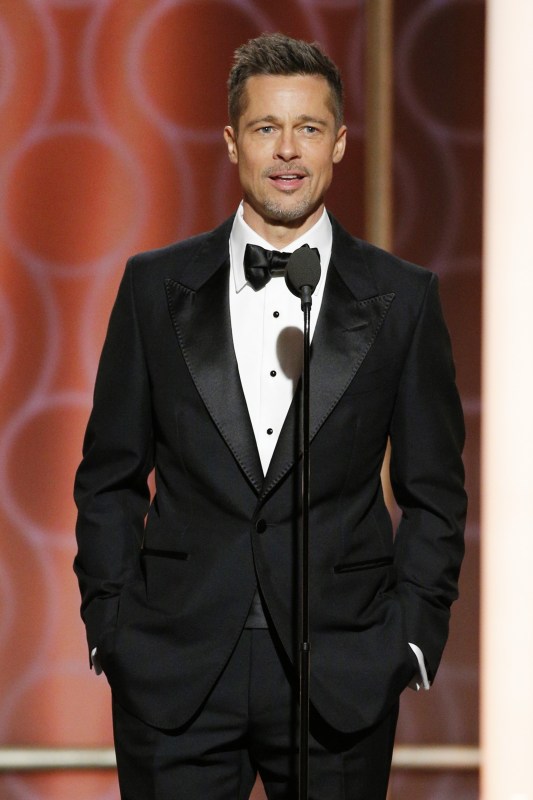 Brad Pitt did NOT "win custody," despite a new tabloid cover story. Gossip Cop can correct the report, and reveal what's actually going on.

The new cover of In Touch blares, "Brad Wins Custody!" The front of the issue further teases, "Inside The Secret Settlement" and "His New Life With The Kids." It was designed to make readers think Pitt has won sole custody of his children with Angelina Jolie. That is not actually the case.

The story asserts Jolie's "war with Brad is nastier than ever" after they "reached a secret settlement" that granted Pitt joint custody. "Angelina has lost, and she's humiliated," writes the magazine, which quotes a so-called "source" as saying, "Angie gave up her bid for sole custody when her legal team told her there were just no grounds for it. Brad has won and is getting shared custody."

Of course, that's not really what the misleading cover implies. And the trickery is similar to what In Touch sister publication Life & Style pulled last month with an edition that announced, "Brad Wins! Angelina Hands Over The Kids." Like now, it was crafted to make it seem like Pitt had suddenly obtained full custody.

And, like now, the accompanying article claimed there was a new custody deal in place. But that wasn't true in January, and it's still not true now. Pitt is seeing his kids a bit more these days, but no permanent "settlement" has been "reached." And getting increased visitation does not amount to "win[ning] custody." Jolie and Pitt may eventually decide to share custody, but whenever an agreement is actually finalized, it won't be In Touch or Life & Style that breaks the news.