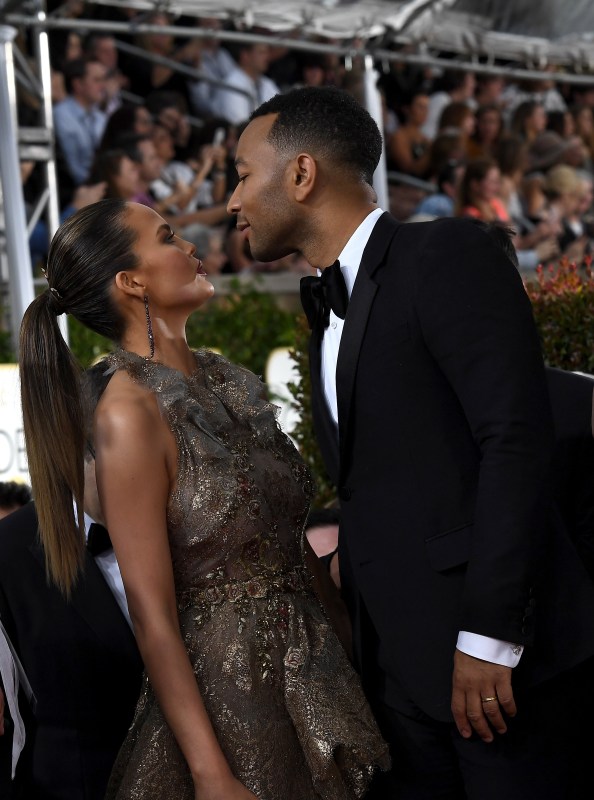 Chrissy Teigen and John Legend had a disturbing encounter with paparazzi on Thursday. According to the model, one photographer called her Oscar-winning husband a "monkey."

Teigen and Legend flew from Los Angeles to New York, but their arrival got off to a rocky start at the airport. "Paparazzi at JFK just asked me 'if we evolved from monkeys, why is John Legend still around?' — and people wonder why celebs lose it in pics," she tweeted, noting, "I was very kind. Answered cooking questions, then he came with that. F*cking disgusting."

"Also, john is right next to me. The balls," Teigen went on to write. When a Twitter follower suggested she should have "dragged" the paparazzo in response, she pointed out, "They live for that photo and lawsuit."

Teigen further wrote of the photographer, "Guess we'll find him when he puts the video out. That he edits the sh*t out of since he didn't get clocked. He also went from "what's an easy recipe to make at home' to 'if a Jew were a vampire, would he still be afraid of crosses?'"

Apparently this was an equal-opportunity offender. For his part, Legend has not commented on the incident on Twitter. The singer will be hosting a party at the Sundance Film Festival on Saturday night, for which he'll be accompanied by Teigen. As slim as the odds may be, here's hoping the paparazzi there are much more respectful.