A tabloid claims Amal Clooney dumped George Clooney on his 58th birthday earlier this week. The story is ridiculously wrong. Gossip Cop can debunk it. 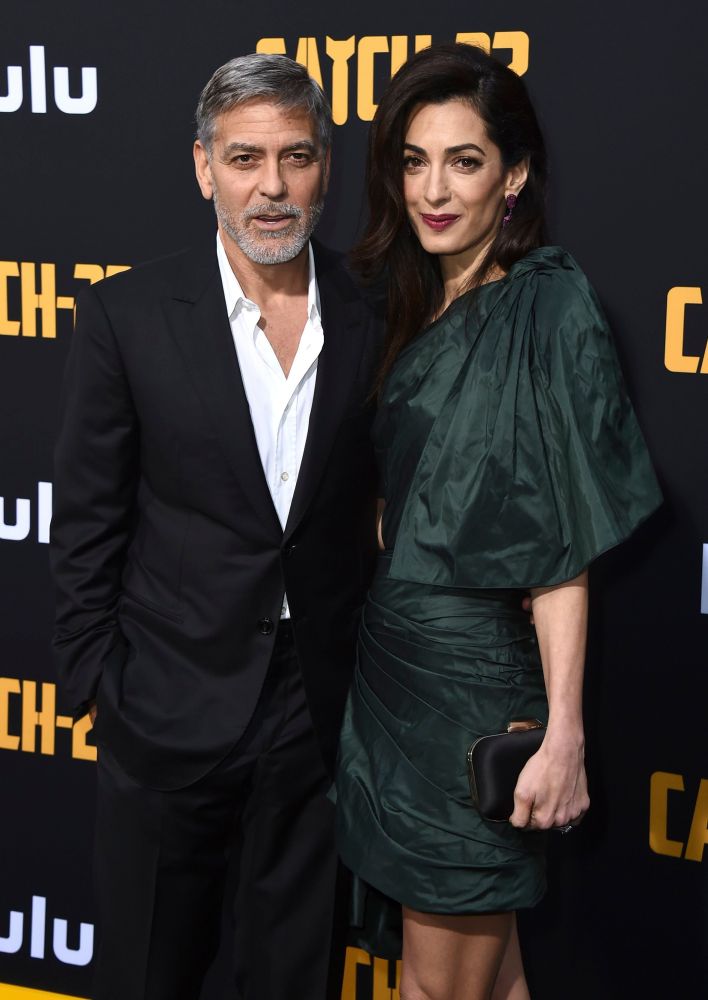 According to the National Enquirer, the actor and the human rights lawyer had gotten their marriage back on track following alleged problems, but it's once again fallen apart. "They have this terrible habit of getting on each other's nerves at the worst possible time, and it always seems to happen right after they've worked their way out of a troubled patch," an unnamed source tells the magazine.

"It's as though they're destined to be unhappy, and no amount of papering over the cracks seems to work in the long term," maintains the supposed insider. The anonymous tipster further contends that the breaking point came when George organized a "boozy celebration with his buddies" for his birthday, resulting in his wife "storming off."

"George wanted to let his hair down," claims the questionable source, adding that Amal was "irked in a big way because she hates it when George drinks too much and she begged him to do something more healthy." The seemingly fabricated source concludes, "As far as she's concerned, the fact it was his birthday was no excuse, so she walked off in a rage and left him to ring in his birthday alone."

The magazine's report is both poorly timed and provably untrue. On Tuesday night, George himself revealed on "Jimmy Kimmel Live" that he spent his 58th birthday at home with Amal. "My wife and I had dinner, just the two of us at home, which was really nice," said the actor. George didn't throw an alcohol-fueled bash with his buddies, nor did his wife walk out on him.

Also on Tuesday, Amal accompanied George to the premiere of his new Hulu series "Catch-22." During a red carpet interview with "Entertainment Tonight," the actor described his wife as "brilliant" and "beautiful." Meanwhile, Gossip Cop has already debunked countless stories about the happy spouses having marital issues. In January, for example, we busted the Enquirer for incorrectly asserting Amal moved out of the house she shares with George in England and took their twins with her. That never happened.

Earlier in January, Gossip Cop called out the tabloid for making up an absurd story about George leaving his wife for Julia Roberts. The untrustworthy outlet has zero insight into the actor's marriage, so it chooses to peddle fiction instead. This latest article about Amal dumping George on his birthday is another example, and one that's unequivocally false.

Cher Freezing Body When She Dies?