George Clooney was not "dumped" by his wife Amal on their fourth anniversary, despite a new report. Gossip Cop can correct this claim from one of this week's tabloids, which further maintains the human rights attorney wants "half his $1 billion fortune" and was allegedly "using him the whole time." After several days of looking into the cover story, not one Clooney source could confirm their marriage is "over," as contended. In fact, we've been told their relationship is perfectly fine. 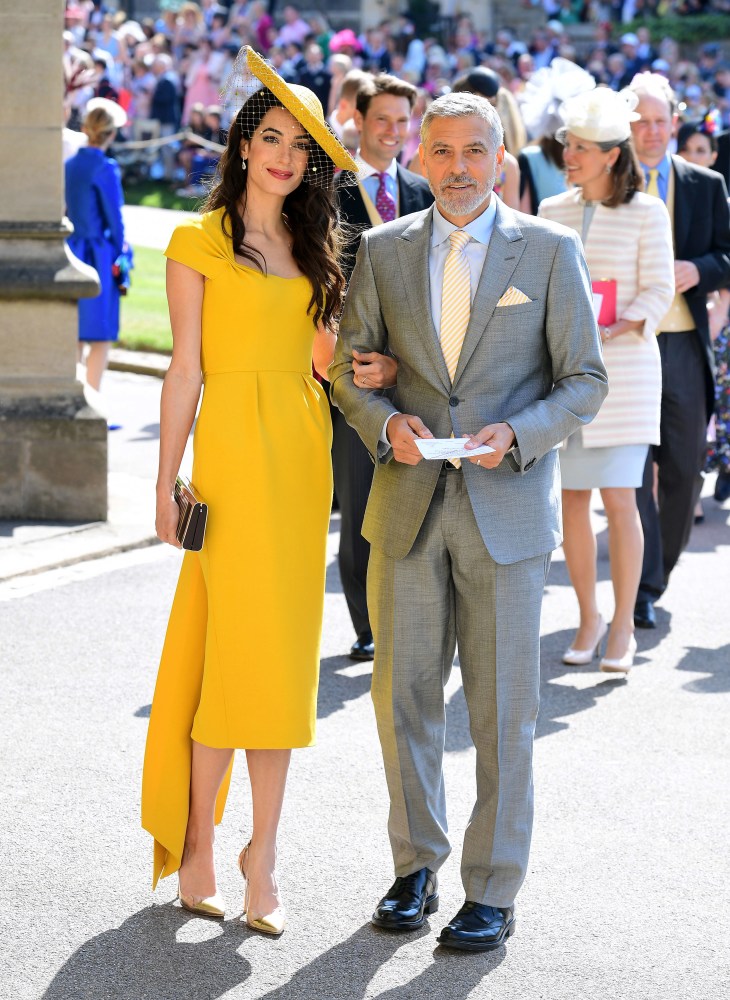 According to Life & Style, the smoking gun that the Clooneys are supposedly getting a divorce is that they didn't spend their fourth wedding anniversary together on September 27, since the actor was in Los Angeles and his wife was in New York. A so-called "insider" is quoted as saying, "The fact that they couldn't manage to be in the same city and spend such an important day together was writing on the wall." Actually, the facts, which the tabloid seems to gloss over, are that the renowned lawyer needed to be across the country in New York on the morning of September 28 since, as widely reported, Amal made a plea at the UN General Assembly for the release of two jailed reporters in Myanmar.

The same unnamed "insider" tells the tabloid, "They are over as a couple." Referring again to her not being with her husband on their anniversary, the purported source adds, "It's pretty cold, but Amal had had enough." Again, as Gossip Cop noted, there was good reason for them to be apart that day.

From there, the publication then focuses on how the two are so different and what it could mean in terms of custody and cash, if they were to split up. The outlet asserts a "friend" tells the tabloid, "George is starting to feel like she used him just to promote her career and get her hands on his fortune." Of course, Amal was a world-renowned attorney and made quite a nice living before meeting the Oscar winner. Then, the magazine's seemingly made-up "insider" hypothesizes that should the Clooneys divorce, "I bet she would want primary custody" of their twins Ella and Alexander, as if no mother has ever wanted her kids before.

The absurdity continues when the magazine brings up the well-known, yet superficial, differences between the two, including him being a Hollywood actor and she an Oxford-educated lawyer. The outlet's unidentifiable source blathers about how Amal "can't stand the movie business" and thinks all her husband's Hollywood friends are "fake," while he's supposedly turned off by her "pretentious" crowd of British "barristers and top political thinkers." "They both hate hanging out with each other's friends," alleges the tipster, who clearly hasn't seen all the photos of Amal and George hanging out with his best friends Rande Gerber and Cindy Crawford.

Just a month ago, Gossip Cop debunked a similar cover story from Life & Style that falsely maintained George and Amal Clooney were "trapped" in a "bad marriage." Chunks of the current article crib claims from the September report that asserted she's "cold" and "controlling," and the actor often feels like a "scolded teenager." And before that untrue tale, we also shot down the same tabloid's cover in June, which wrongly contended the Clooneys were getting a divorce, though Amal was pregnant with their third baby. This time around, the magazine abandoned its fictitious pregnancy angle.

It should be noted, that publication has been inaccurately reporting the couple is splitting up since right after they tied the knot. Back in January 2015, the magazine printed a cover that exclaimed, "George & Amal's Night: It's Over… After 87 Days." That was followed up a few months later in May with yet another cover story that incorrectly declared, "George & Amal's Nightmare Divorce Turns Nasty."

Far from having a bad marriage, George teared up during Amal's speech when he received an AFI Lifetime Achievement Award over the summer. At the time, she told the crowd he's an "amazing husband and father," and publicly shared, "What I have found with you is the great love that I always hoped existed." Meanwhile, this past Friday at Variety's "Power Of Women" event, George introduced himself to the audience as "I'm Amal Clooney's husband," underscoring the respect he has for his wife. Clearly, the two love and admire each other.

The tabloid wasn't right when it claimed the Clooneys were getting a divorce in 2015, and it's still wrong to this day. George did not get "dumped" on their fourth anniversary. The only ones who should get dumped are the sources that the magazine has repeatedly relied on for its slew of untrue cover stories.

Has Britney Spears Ditched Her Diet?

Will Smith, Jada Pinkett In Open Marriage, Haven't Slept Together In Six Years?