Was Gwyneth Paltrow really dumped at the altar? A report claims Brad Falchuk has called off their wedding. Gossip Cop looked into the story. 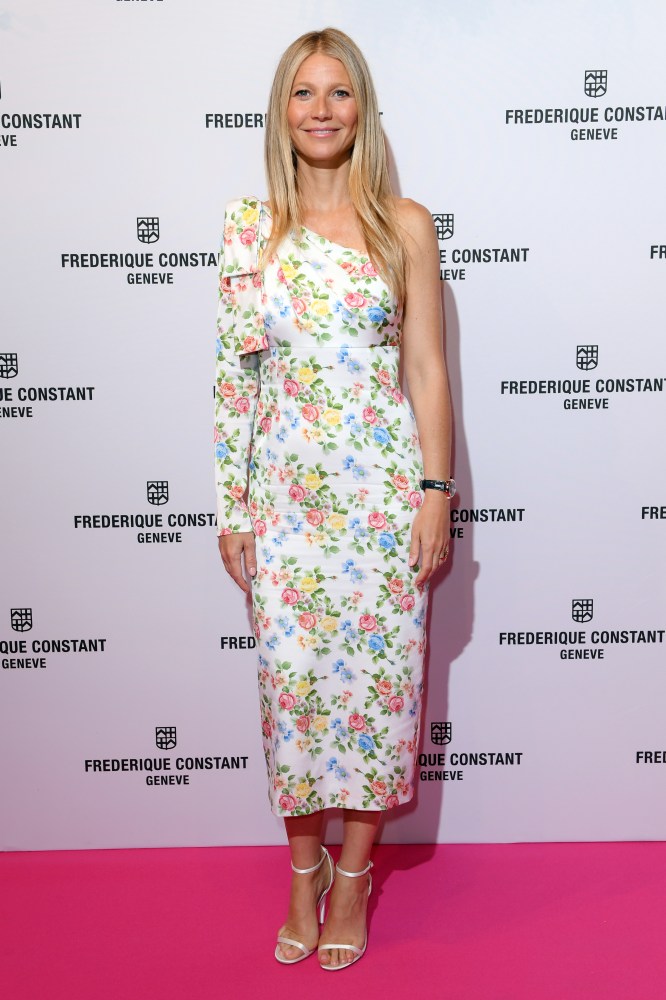 "Days before Gwyneth Paltrow was poised to say 'I do,' her life has turned into an American Horror Story," contends Star. According to the tabloid, "just two weeks" before she and Falchuk were supposedly set to tie the knot, "the blushing bride has been left in the lurch." It's alleged the "groom-to-be threw a hissy fit when Gwyneth insisted that her ex-hubby, Chris Martin, play a key role" in the wedding ceremony, "and now Brad's refusing to take her back."

A so-called "insider" is quoted as saying, "It all started when Gwyneth asked Chris to walk her down the aisle." Martin allegedly not only accepted, but "also offered to serenade the couple, which she thought was sweet." But the magazine claims Falchuk was far from pleased, with the untraceable source asserting that in turn, Paltrow was "shocked by Brad's reaction." Continues the outlet's alleged tipster, "He knows how much Chris still means to her, and she thought Brad was cool with that."

On top of that seemingly engagement-ending dispute, the questionable "insider" maintains, "Gwyneth has been acting like a total bridezilla. This wedding started off as a small and intimate affair, and now it's become this all-consuming monster. She's beyond demanding, and she is stressing everyone out." Actually, back in June, Paltrow admitted she's "not that involved" in planning the wedding, admitting, "I'm probably the least bridezilla person probably to a fault that has ever come across my wedding planner's office doors."

Then in July, Us Weekly reported that Paltrow was prepping for her wedding by "letting her wedding planner run with it." It was further said that she wasn't "spending her summer stressing about the big day," and "just wants to show up and know it will be perfect." All of this goes directly against the new claims about Paltrow being "demanding" and turning into a "total bridezilla."

As for the contentions about Falchuk breaking things off with Paltrow, no outlets have corroborated the tabloid's report, and the actress' own spokesperson denies it. It should also be noted that Star has a history of peddling false narratives about the couple splitting. In 2016, almost exactly two years ago, the magazine told readers Paltrow was "dumped on her birthday," after Falchuk supposedly ended their relationship. Of course, they were not only still together, but later got engaged. And now there's no evidence they won't make it down the aisle.