One of the tabloids claims Irina Shayk fears Bradley Cooper will dump her for Lady Gaga. The premise is completely absurd. Gossip Cop can debunk it. 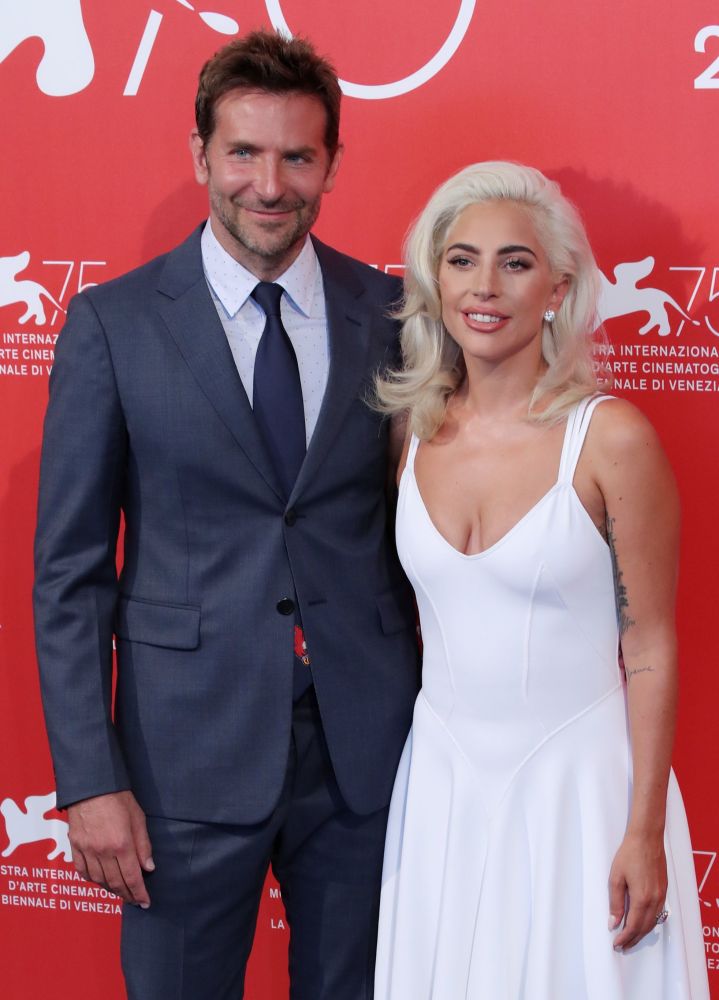 A headline in the latest issue of NW reads, "Bradley Comes Clean: I'm In Love With Gaga." The headline is based on Cooper saying in an interview with Variety in August that he "fell in love with [Gaga's] face and eyes" when she auditioned for A Star Is Born. The actor obviously wasn't saying he fell in love with the singer in a romantic way, but rather that he knew she was perfect for the role.

Unfortunately, NW is trying to make it seem as if the co-stars are developing a romance in real life. The unreliable magazine says Shayk, who shares a baby daughter with Cooper, is "concerned that he may pull the pin on their relationship to try and woo Gaga off screen." An alleged insider tells the magazine, "Bradley's feelings for Gaga have driven a wedge between him and Irina. This is a woman he's literally infatuated with, however much he denies it and says they're just good friends."

The supposed source continues, "Bradley's mesmerized by Gaga – she has him totally under her spell. He just melts in her company. It's very tough on Irina, who probably feels like she's losing him." The questionable tipster goes on to say that Cooper and Shayk have been arguing a lot lately over his close bond with his co-star, while everyone involved in the production of A Star Is Born "assumed" that him and Gaga were "falling in love" on set.

The magazine's account of the situation is both false and ridiculous. For starters, Gaga is engaged to talent agent Christian Carino. The singer even thanked her fiancé during an emotional speech at Elle's 25th Annual Women in Hollywood Celebration last month. It's not as if Cooper is growing close to a woman who's single and available. Regardless, the co-stars have a lot of mutual admiration and respect for one another, but their relationship is completely platonic.

Meanwhile, Cooper and Shayk have been spotted looking happy together in New York City several times this month. The Daily Mail, which posted photos from one of their outings, noted that the two "put on a cozy display" while grabbing breakfast. Another article, which featured images of the couple taking a stroll with their daughter, said Cooper and Shayk looked "completely smitten" during their day out. Additionally, Shayk said in an interview with "Extra" last week that she's proud of her boyfriend and the success of A Star Is Born.

This new report is just the latest in a series of bogus tabloid stories attempting to create a tumultuous love triangle between Cooper, Shayk and Gaga. Reliable sources close to the situation have assured Gossip Cop there's no drama or jealousy, and there's plenty of evidence to prove the actor and model's relationship is going strong.

Justin Theroux Begging Jennifer Aniston For Forgiveness Because He's Been Exiled From Hollywood?

Roseanne Being Begged To Return To 'The Conners' By ABC?