Is Jennifer Aniston appearing on "Days of Our Lives" to honor her dad before he retires from the NBC soap opera? That's the claim in one of this week's tabloids. Gossip Cop has learned it's simply not true. 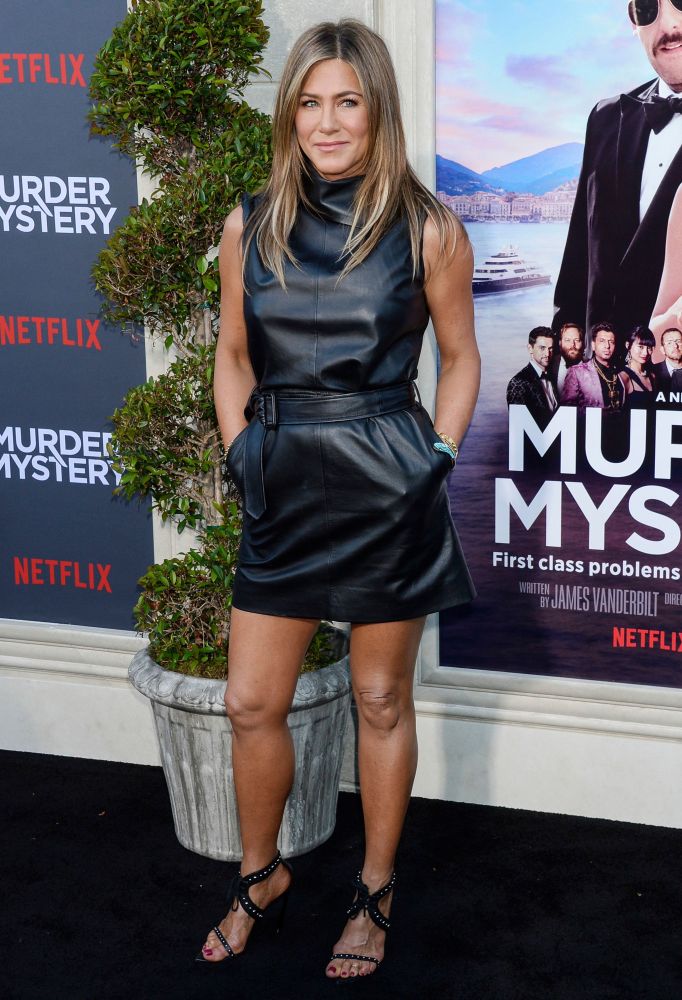 According to the National Enquirer, the actress is planning to join her father John on the daytime drama "for a big send-off scene" before he leaves the show, which he's been co-starring on since 1985. An alleged insider tells the magazine that Aniston came up with the idea after shooting a sketch for "The Ellen DeGeneres Show," in which she and her dad performed soap opera parody together.

"It got her thinking, it would be wonderful to be a part of his soap opera world before he rides off into the sunset," says the supposed source. "She wants to pay him back for getting her going in show business." The seemingly phony source adds, "Jen is beyond busy as an actress, but she's going to make time for this. She wants to honor him by working with him while she still has a chance."

The tabloid's story is based on claims from an unidentified and possibly imaginary "insider," but Gossip Cop checked in with Aniston's spokesperson, who tells us she has no plans to appear on "Days of Our Lives." It should also be noted, it's unclear if the actress's day is even planning to retire from the daytime soap. Whether or not that's the case, we can confirm that Aniston isn't joining him on the show.

It should be noted, the Enquirer has already proven to know very little about the actress's career plans. Back in 2017, Gossip Cop busted the magazine for wrongly reporting that Aniston would be starring in a big-screen musical. A rep for the "Friends" star also went on the record to dismiss that story, and as time has proven, she never starred in any sort of project.

Of course, the unreliable magazine isn't much better when it comes to reporting about the actress's personal life. Back in January, Gossip Cop called out the publication for making up a ridiculous story about Aniston having a secret affair with Orlando Bloom. It never happened. The untrustworthy outlet has also published multiple articles about Aniston rekindling a romance with Brad Pitt, which certainly isn't the case. This latest report about the actress appearing on "Days of Our Lives" is similarly bogus.