Are Jennifer Lopez's "steamy scenes" in her upcoming movie Hustlers upsetting Alex Rodriguez? One of this week's tabloids claims the former Yankee is "fuming" over his fiancée's new project. Gossip Cop looked into the situation and we can set the record straight. 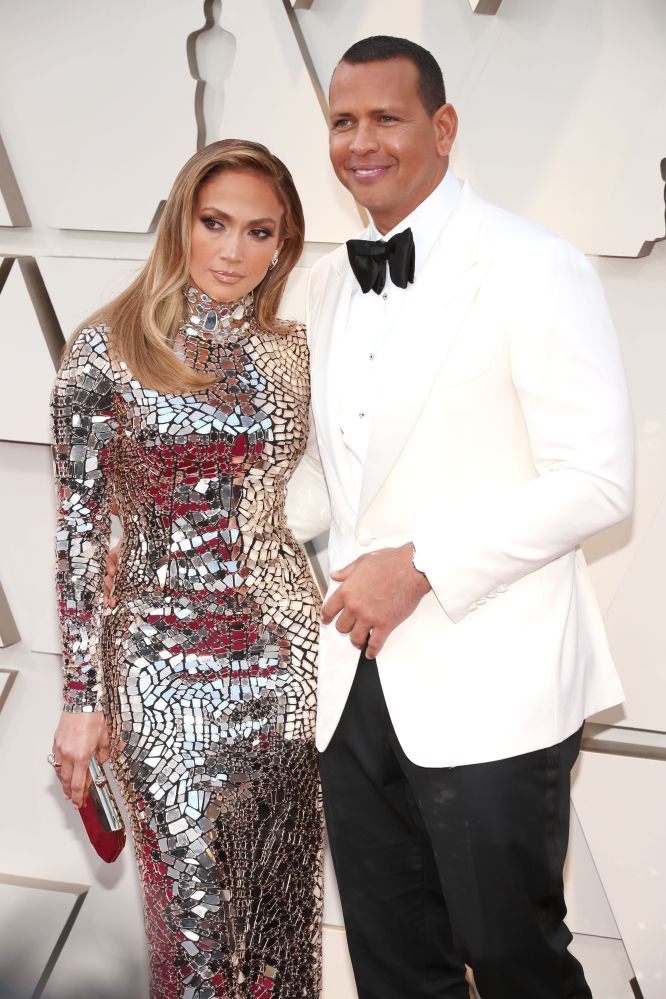 Lopez plays a stripper in Hustlers, a drama about a group of exotic dancers who plot revenge against their wealthy Wall Street clients. According to the National Enquirer, Rodriguez is having trouble dealing with his fiancée's involvement in some of the film's racy sequences. A suppose source tells the magazine, "A-Rod's always insisted he couldn't get enough of Jennifer's insanely hot figure, but it's becoming clear that he wants her for his eyes only."

The alleged tipster continues, "Alex knew she was going to play a stripper, but after seeing her pole dancing and barely there outfits, he's freaking out over all the men who will be leering at his woman." The questionable insider adds, "He's made it clear that once they're married, he'd much prefer J.Lo turn down these kinds of roles. Jen wants him to butt out – or else!"

The tabloid's narrative is completely bogus. Gossip Cop checked in with a source close to the situation, who assures us Rodriguez isn't upset about his fiancée playing a stripper. The former MLB star supports Lopez's career and has no issue with her role in Hustlers. It should be pointed out, the outlet's seemingly phony insider refers to Lopez as "Jennifer," "Jen" and "J.Lo" in the span of a few sentences. Wouldn't a real "source" close to the singer know her by just one name?

It should alsobe mentioned, Lopez said in an interview on Andy Cohen's SiriusXM show in December that her fiancé has no issue with her love scenes. The singer further noted she's "very professional" when it comes to shooting risqué scenes. She added, "If I take on [a role]… I'm going to do it in a way that if [Rodriguez] saw it or anybody saw it that knew me, that I would never feel, God, I wish I didn't do that."

Additionally, Rodriguez accompanied Lopez to the set of Hustlers back in March. The couple was photographed smiling in between takes and even showed some PDA on set. It's clear the former baseball player is nothing but supportive of his fiancée's career, including her upcoming film.

Meanwhile, the Enquirer has already proven to know very little about the couple's relationship. Last month, Gossip Cop busted the tabloid for falsely claiming Lopez was "dumping" Rodriguez over unsubstantiated cheating allegations against him. Shortly after that, the tabloid wrongly alleged that Lopez was having "second thoughts" about marrying Rodriguez. The happy couple is still going strong. The magazine's latest attempt to stir up drama is more nonsense.