Julia Roberts is not pregnant, despite a new tabloid report claiming the 50-year-old actress is expecting a "miracle baby." Gossip Cop can debunk the bogus story. The actress herself has made it clear she's done having children. 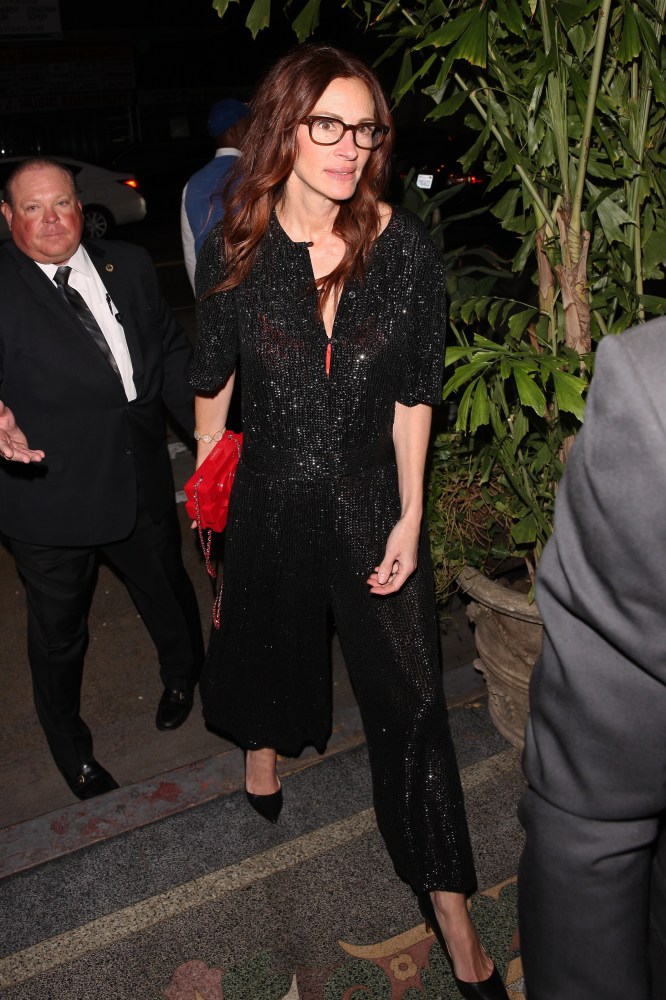 According to the latest cover of OK!, however, Roberts and her husband Danny Moder are expecting their fourth child after two year of IVF treatments. An alleged insider tells the magazine, "Prior to the baby news, Julia and Danny were at each other's throats." One of their supposed marital issues was jealousy over Roberts spending time with Pretty Woman co-star Richard Gere. "Julia threatened divorce," says the questionable source. "They were in crisis mode."

The outlet's suspicious tipster continues, "Julia eventually realized that she didn't want her marriage to end. She wanted to work on their relationship, and most of all, have another baby." The seemingly nonexistent insider further contends, "This baby has revived their commitment to each other and reminded Julia how much she loves Danny and vice versa."

The first problem with the magazine's account of events is that the spouses of 16 years were never on the verge of a split. Gossip Cop busted OK! in January for wrongly reporting that Roberts and Moder were getting a divorce, which obviously didn't happen. The unreliable outlet is now trying to backpedal by insisting that a "baby" has saved their marriage.

However, Us Weekly recently dedicated an entire article to Roberts and Moder's "really solid, loving marriage." And last year, Roberts gushed about her husband in an interview with Harper's Bazar, saying, "When I think about what makes my life my life, and makes sense and just shine inside of me, it's him." The couple's marriage was obviously never falling apart.

Of course, the main theme of the tabloid's cover story isn't true either. During a 2013 interview on "Late Night with David Letterman," Roberts said there's "no chance" she's having another child. It's also worth noting, the magazine claims the actress will give birth "later this year," which means she'd have to be at least three to four months pregnant by now. However, Roberts shows no signs of a baby bump in a recent photo posted on her Instagram page.

Gossip Cop has reached out to a rep for Roberts, but there's a ton of evidence disproving the claim she's pregnant with her fourth child. The tabloid's inaccurate account of the actress's marriage, her own confirmation she's done having kids and the fact that she has no baby bump are all prime examples.

Jennifer Garner, Lindsay Shookus NOT "both pregnant" with Ben Affleck's babies, despite report