Julia Roberts and Richard Gere believe they're soulmates? That's the ridiculous claim in one of this week's tabloids. Gossip Cop can debunk the phony story. 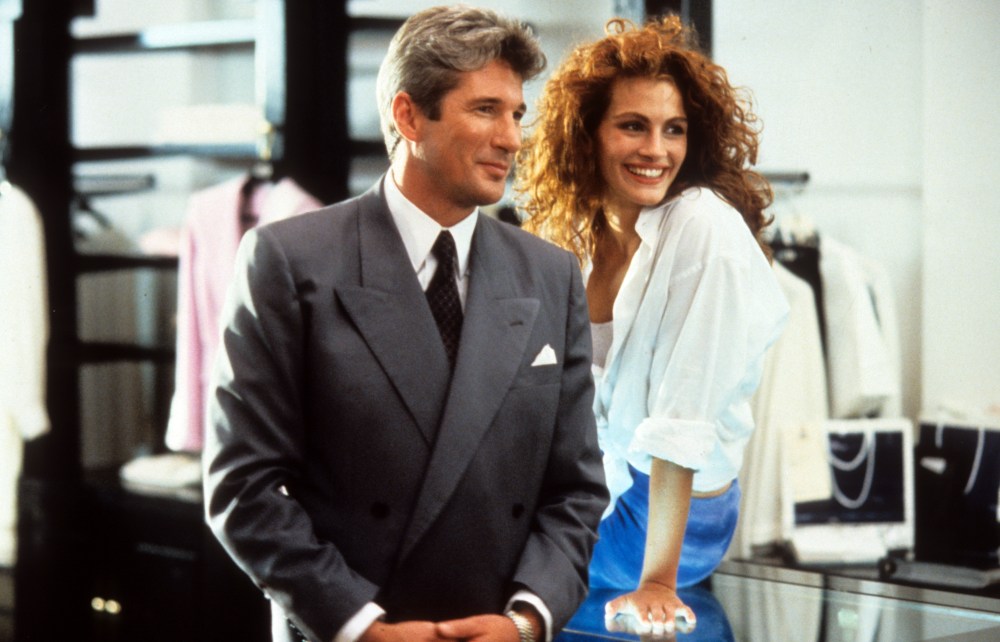 "Julia & Richard's Secret Love Story!" reads a headline in the latest issue of the Globe. The accompanying article says the Pretty Woman and Runaway Bride co-stars "are secretly carrying a torch for each other even though they're hitched to other people." A supposed source tells the magazine, "Julia and Richard have incredibly strong feelings for each other. They're both married and would never do anything to jeopardize that, but it doesn't take away the fact there's a connection between them that nobody – not even their spouses – can touch."

The alleged insider further contends that Robert's nearly 17-year marriage to Danny Moder, with whom she shares three kids, "is rocky and she often leans on Richard for support." Meanwhile, the tipster says Gere is happy with wife Alejandra Silva, who gave birth to his son in February, but his former co-star "is the person he reaches out to when he needs advice." The questionable insider adds, "They are in many ways each other's soulmates and it's fair to say they love each other intensely and deeply."

In reality, Roberts and Gere have remained friendly since working together on 1990's Pretty Woman, but the idea they've been having some sort of emotional love affair simply isn't true. Gossip Cop checked in with a source close to the situation, who tells us the two stars are pals, but they don't feel more of a connection with each other than they do with their own spouses.

Meanwhile, there's nothing "rocky" about the actress's marriage. Last year, Gossip Cop busted the Globe's sister outlet, Star, for falsely claiming Roberts was leaning on Gere amid an alleged marriage crisis. The narrative wasn't true then and it's no more accurate now. The actress and her husband, who celebrate their 17th wedding anniversary in July, are going strong.

Just last week, Gossip Cop called out the Globe's other sister publication, OK!, for making up a similar story about Roberts being "secretly in love" with Gere. And back in 2017, the National Enquirer wrongly alleged Roberts and Moder were getting a divorce over the actress's so-called "intimate hookup" with her former co-star. This ongoing saga surrounding the Pretty Woman duo has never been true. This latest article is just another weak attempt at pushing the bogus narrative.