Justin Bieber did not dine with a "bevy of girls" following a church service on Wednesday. Gossip Cop can debunk this provably false story. As photos and videos show, the superstar actually ate alone. 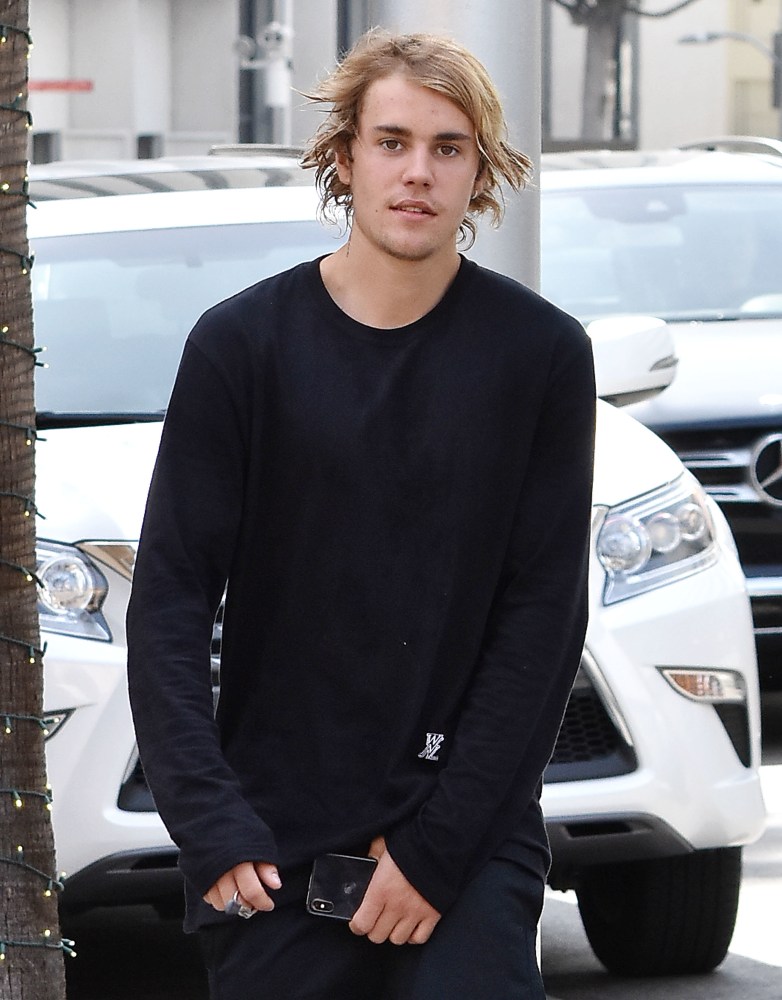 As he often does on Wednesday evenings, Bieber went to a church service in Beverly Hills this week. From there, he went out to dinner at one of his favorite Beverly Hills restaurant, Il Pastaio, which famously has a pasta dish named after him. He was at the establishment by himself, but the Daily Mail is wrongly claiming he was joined by a "bevy of girls."

According to the tabloid, the singer "appeared in high spirits as he enjoyed a cozy dinner with a group of stunning girls." It's further alleged he "beamed with delight as he engaged in a lively conversation with his female pals at the dining table." Tellingly, the paper can't identify the women, describe the conversation or even name the restaurant. The outlet simply bought paparazzi photos and jumped to a conclusion. But the publication's assumptions are wrong.

Bieber was indeed pictured talking to some girls inside the venue, but he wasn't a part of their dinner party. He simply greeted them and agreed to take a picture, as he did with other patrons, which is something he often does at restaurants. Nothing about the photos indicate he and the "bevy of girls" shared a "cozy dinner" together. On the contrary, additional photos and videos that were shared on Twitter show Bieber sitting by himself at his own table as he ate.

What's more is his table only sat two people, hardly large enough for him to eat with a "bevy of girls." And while there's a video of a waiter briefly sitting down with Bieber, he wasn't joined by anyone else. Furthermore, as seen on Instagram, Bieber also took pictures with staffers at the restaurant. He was no more "cozy" with them than the others he agreed to take pictures with.

But it seems any time Bieber is in the same place as members of the opposite gender, the gossip media is quick to link him to the women. It's as if every outing is made to be of a romantic nature. The Daily Mail in particular has a history of doing this.

Last year for example, the tabloid and HollywoodLife wrongly linked Bieber to a "mystery" girl when he was merely out with friend Laura Lentz, the wife of pastor Carl Lentz. The paper realized its mistake hours later and significantly changed its story. But had the outlet done more research to begin with, both back then and now, it wouldn't be spreading untrue narratives in the first place.

Katie Holmes, Jamie Foxx never got marrie, despite report a year ago

Brad Pitt NOT moving to Boston for Neri Oxman, despite report