Is Kendall Jenner cutting her ties to the Kardashian sisters? A new report claims the supermodel is trying to distance herself from her siblings who famously star on "Keeping Up With The Kardashians." Gossip Cop can correct this untrue story. 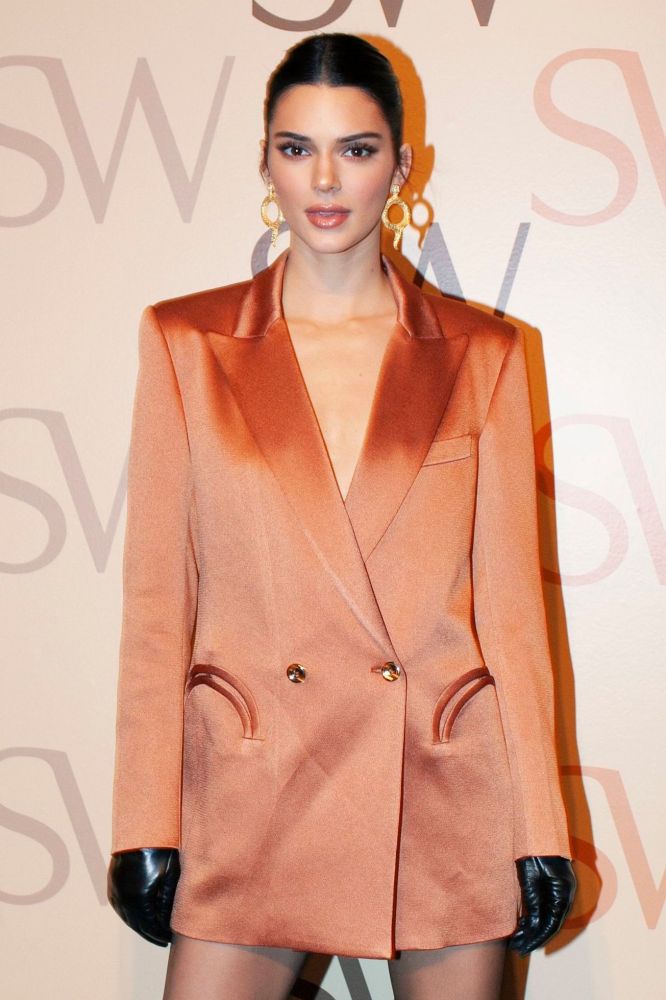 Life & Style sets up its premise by first noting how Khloe Kardashian recently posted a photo on Instagram of all the Kardashian and Jenner sisters together. Alongside the picture, she wrote, "Nothing like a photo with ALL my sisters!" "You guys have no idea how hard it is to wrangle everyone for one photo," she added.

In the real world, the post means Khloe was grateful to be able to be with all her sisters for the photo, and was explaining that it's difficult to get everyone together because they each have a variety of professional and personal commitments. For example, in addition to Kim Kardashian's daily work, which now also includes prison reform, she has four children. Meanwhile, Kourtney Kardashian keeps busy taking care of three kids a single mom.

Khloe Kardashian is a relatively new mom who's bringing up a daughter on her own, while juggling work responsibilities. And Kylie Jenner is a young mother who runs a billion-dollar cosmetics empire. As for Kendall, the highest-paid model in the world often flies across the globe for photos shoots and runway shows.

The tabloid, however, took Khloe's relatively understandable Instagram caption and completely flipped it for a fabricated narrative about Kendall not wanting to have anything to do with the Kardashian sisters. And to back up its manufactured storyline, the magazine trots out a so-called "insider" who asserts, "Kendall says she's taking a break from everyone except Kylie." "She wants to focus on her career and her life," continues the unnamed tipster.

Without furnishing any specific examples, the untraceable source further contends Jenner "doesn't want to get pulled into [the Kardashian family's] constant drama, so she's cut them off. And they're angry about it." The same anonymous tipster goes on to allege that Kendall is "acting like she's better than the rest of them," again without providing any instances of that type of behavior. The questionable "insider" concludes, "[Kendall's] family doesn't just forgive and forget… When they're angry, they hold a grudge."

It's interesting how the magazine now maintains the model thinks she's "better" than her siblings when just three weeks ago the outlet insisted she has a "lot of insecurities," which have led Kendall to fear she's undateable and will never find love. It's also odd the article says the only sibling she hasn't shut out is her younger sister, considering the tabloid ran a cover story just a few months ago that swore up and down Kendall slept with Kylie's boyfriend Travis Scott, resulting in the makeup mogul telling the model she was "dead to her."

Even if one overlooks the article's misrepresentation of Khloe's Instagram post and its and vague unsubstantiated claims that contradict the magazine's previous reports, it's all still based on the word of an unidentifiable individual who may not even exist. Conversely, Gossip Cop reached out to Kendall's rep, who's job it is to speak on the model's behalf, and we're told on the record and in no uncertain terms that the tabloid's entire story is "nonsense." Maybe the publication should cut its ties to its supposed Kardashian and Jenner sources who have repeatedly been wrong.

Miley Cyrus, Liam Hemsworth Marriage In Trouble After She Returns To 'Wild' Ways?

Jennifer Aniston Warned By Katy Perry To "Stay Away" From Orlando Bloom?

How Did Tom Cruise React To Katie Holmes And Nicole Kidman Both Being Pregnant?