Kesha has had nothing short of a fascinating career. Since bursting onto the music scene in 2009, the singer — who previously styled her name Ke$ha but dropped the $ sign in 2014 — has experienced the highest of highs and the lowest of lows. In celebration of her long-awaited third studio album, "Rainbow," which drops on Aug. 11, 2017, Wonderwall.com is taking a look back at the biggest and buzziest moments of her career so far. Read on!

Kesha kicked off her career in 2005 when she signed with RCA Records (owned by Sony) through Dr. Luke's imprint, Kemosabe — but it wasn't until 2009 that things really took off. That year, she appeared on Flo Rida's "Right Round" and released her raunchy debut single, "Tik Tok."

RELATED: The best movies about surfing

In January 2010, Kesha released her debut studio album, "Animal," which entered the Billboard 200 albums chart at No. 1. Its lead single, "Tik Tok," proceeded to become the world's best-selling single of 2010. She subsequently went on her first world concert trek, dubbed the "Get $leazy Tour," in February 2011.

Kesha was riding high when she performed on "Dick Clark's New Year's Rockin' Eve" to welcome in 2011. The wild child superstar performed "Tik Tok" and shared the same marquee as the Backstreet Boys and New Kids on the Block.

Kesha's MTV documentary series, "Kesha: My Crazy Beautiful Life," premiered in April 2013. The show was shot over the course of two years by her filmmaker brother, Lagan Sebert, and provided an even more intimate look at the bold pop star.

In October 2013, Kesha collaborated with Pitbull on the hit song "Timber." You couldn't turn on the radio without hearing the infectious track, which held the top spot on the Billboard Hot 100 chart for three consecutive weeks.

2014 was a trying year for Kesha. That January, she announced she was entering rehab to seek treatment for an eating disorder and "to learn to love myself again." Up until that point, the singer had styled her name Ke$ha, but upon leaving rehab, she dropped the "$" to signify a new chapter.

In October 2014, Kesha filed a lawsuit against longtime producer and collaborator Dr. Luke, claiming that he had "sexually, physically, verbally and emotionally" abused her for a decade. Dr. Luke (real name: Lukasz Gottwald) denied the allegations and filed a defamation suit against Kesha.

Amid her ongoing personal and legal tumult, Kesha guest starred on Season 2 of "Jane the Virgin" as Jane's neighbor in October 2015.

In February 2016, Kesha went to court to find out that a New York judge had denied her an injunction that would have permitted the singer to record outside of her contract with Dr. Luke. Sony also refused to release her from her contract, which required Kesha to make three more albums for her alleged assaulter.

After that devastating legal setback in February 2016, Kesha's supporters rallied behind her. Fans and celebrities (including Miley Cyrus, Lady Gaga, Demi Lovato, Lorde and more) protested the decision, with many using the now notorious #FreeKesha hashtag on social media after learning Kesha remained legally bound to both Sony and Dr. Luke.

Kesha took the stage at the Human Rights Campaign's Nashville Equality Dinner in March 2016 to accept the Visibility Award for her work to "advance and advocate for the LGBT movement." She urged the crowd, "Don't be afraid to speak up against any injustice you experience."

In early April 2016, Kesha suffered another legal blow: A New York judge dismissed her sexual assault, sexual harassment and gender violence claims against Dr. Luke in part because the statute of limitations had expired on the alleged incidents.

Kesha returned to the stage in April 2016 to perform an emotional rendition of "True Colors" with EDM star Zedd at the Coachella Valley Music and Arts Festival. It was the most high-profile stage appearance she'd made since the beginning of her marathon legal battle.

In August 2016, Kesha made a huge decision: She gave up her legal fight against Dr. Luke in California, opting instead to pursue ongoing appeals in the New York courts so that she could, as her lawyer put it at the time, get "back to work." She explained her rationale to fans in an Instagram post that month: "I need to get my music out. I have so much to say. This lawsuit is so heavy on my once free spirit, and I can only pray to one day feel that happiness again."

Throughout her legal ordeal, Kesha found support in her boyfriend, writer Brad Ashenfelter. The two have been dating since 2014 after meeting through Kesha's hairstylist.

Kesha and Jerry Seinfeld, of all people, made headlines in June 2017 when the singer attempted to hug the comedian at an event. He sidestepped her hug, explaining he didn't know who she was, which drove the internet wild. Kesha addressed the situation in an interview on SiriusXM's Hits 1 station the following month: "I used to carry the whole season package [of "Seinfeld"] everywhere on my carry-on, like DVDs. That's why I was trying to attack him. That's why I wanted a hug so hard." She did, however, have a better encounter with folk rock legend Bob Dylan. The two met at a festival where he "just opened his beautiful arms and gave me the most wonderful, healing Bob Dylan hug that I have ever dreamed of," she said.

In July 2017, Kesha released her first single in four years, "Praying," a pop ballad with lyrics widely believed to be aimed at her onetime mentor and alleged abuser, Dr. Luke. It came out on his Sony imprint, Kemosabe Records — but it's worth noting that Luke stepped down as CEO of the label in April 2017. Kesha proceeded to write an essay for Lenny Letter on July 6 describing the impetus for the track: "This song is about me finding peace in the fact that I can't control everything — because trying to control everyone was killing me. It's about learning to let go and realize that the universe is in control of my fate, not me."

Kesha released "Woman," the second single off third album "Rainbows," in mid-July 2017. The feminist anthem, in which she's backed by the legendary Dap-Kings band, is a song that empowers women to stand on their own as independent beings. In an essay written for Rolling Stone on July 13, she opined, "I realized that for most of my life I was intimidated to even try and run in the leagues of the people I look up to. With 'Woman,' I hope my fans will hear that wild spirit still strong inside me but this time it was created more raw, spontaneously and with all live instrumentation, which I found was a huge reason I loved the records I did love." 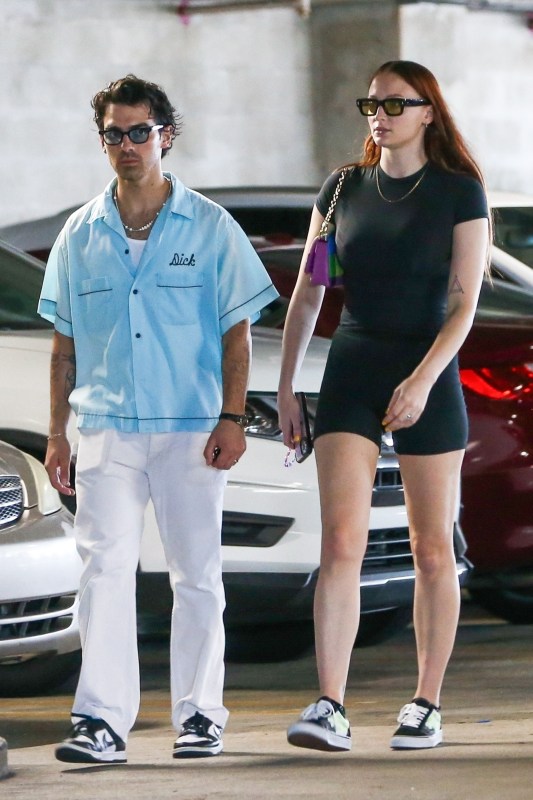