A new story claiming to "exclusively" know that Khloe Kardashian is "only days away" from giving birth was seemingly made-up. The apparently fabricated report was posted by HollywoodLife, and in the article, the outlet purports to have been told by a "source" new "details" about the reality star's delivery plans. But Gossip Cop can explain how the assertions were seemingly copied from another outlet and mixed with already known information. 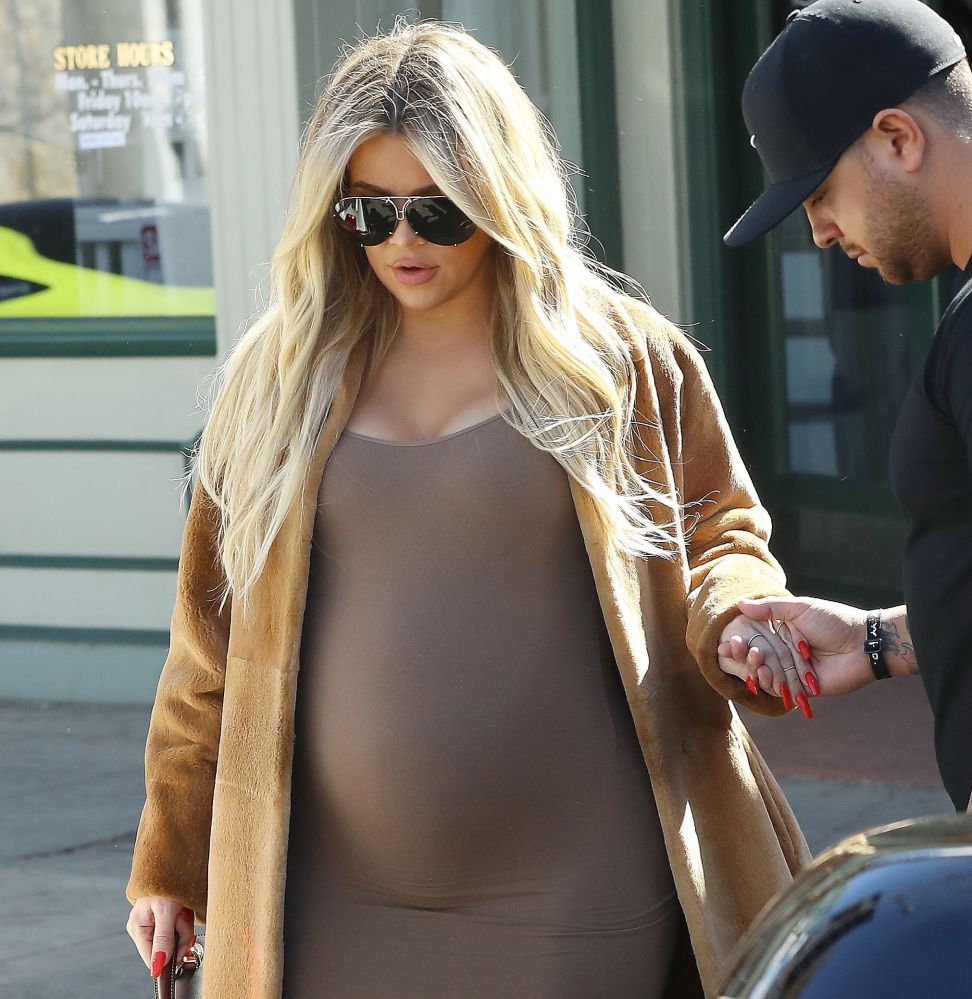 In the website's story, a so-called "source" is quoted as telling the online publication, "Khloe is loving her pregnancy, but she's even more excited to become a mom, which will happen sooner than you think." The most assuredly fake "insider" continues to claim, "She's only days away from birth, maybe a week or two at the most, at least that is what she is hoping." But a few hours earlier, People had already reported about Kardashian's pregnancy, "Any day now! Khloe's family is on baby watch."

Next, the outlet's alleged "source" goes on to discuss how Kardashian's mom, Kris Jenner, will be around for the birth, while "Kim, Kourtney and the rest of Khloe's siblings are also invited to the hospital and may make the trip to Ohio as well." That isn't new information either. A full week ago, in a piece about Kardashian nesting in Cleveland, People specifically noted, "Her family is flying to Cleveland when it's baby time. Khloe especially wants Kris there for the birth."

Then, in terribly unnatural language, HollywoodLife's supposed snitch further purports, "You won't be seeing Caitlyn Jenner holding the new baby. Things between Khloe and her former step-dad have been icy." Well, that's hardly a scoop when in February Kardashian herself said that their estranged relationship won't change just because she's having a baby.

Again and again throughout its report, the site is trying to dupe readers into thinking it has "exclusive" information about Kardashian's pregnancy, yet all of its supposed insight is already known. There's nothing "exclusive" or new about the assertions. It's frankly laughable to have a clearly invented "source" maintain "she plans on giving birth in Ohio, rather than Beverly Hills" when Kardashian even told Jimmy Kimmel, of all people, back in January that she was planning to deliver in Cleveland, with her family likely coming to town.

No one shared such information "exclusively" with HollywoodLife. Much of it has already been in the public domain for months. The rest was actually broken by People. This is not a question of accuracy. It's a question of legitimacy and authenticity. Gossip Cop has repeatedly been told that no one remotely close to the "KUWTK" star is sharing information about her pregnancy and personal life with the aptly nicknamed HollywoodLies, and this proves it. Surely if the blog actually had a "source," it would be able to uncover genuinely unique and revelatory details. Instead, what is essentially old content is being deceptively packaged as new.

Is Jennifer Aniston leaning on Vince Vaughn amid divorce?