Khloe and Kim Kardashian are not speaking, according to a completely wrong report. The story claims the sisters have stopped talking to one another in the wake of Tristan Thompson's cheating scandal. But Gossip Cop can help set the record straight. 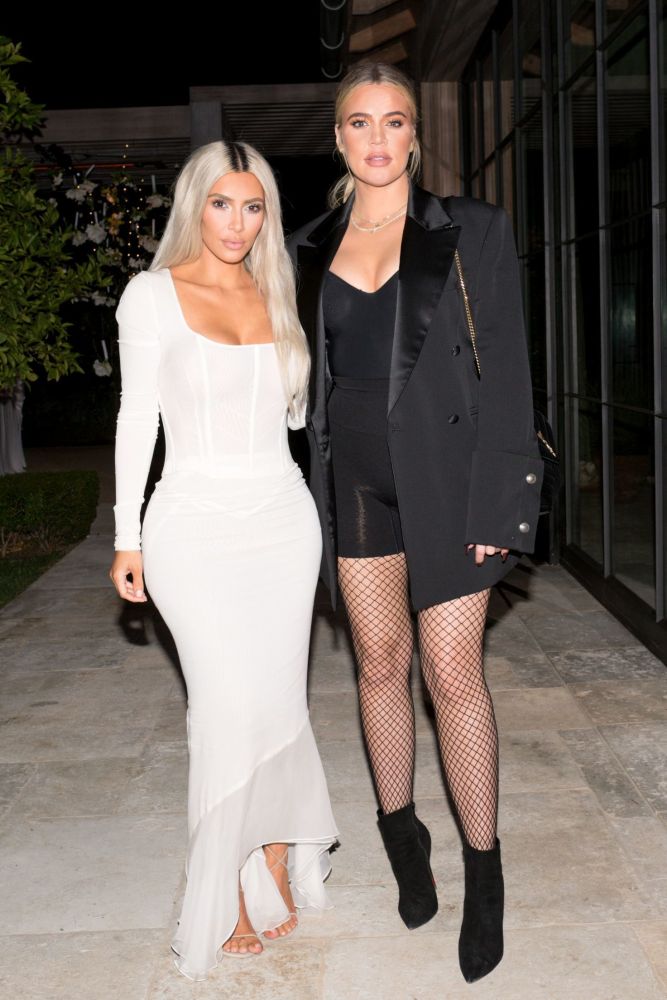 OK! Australia is claiming Kim is "at odds" and "finding it impossible to stand by" Khloe as she continues her relationship with Thompson, despite his infidelity. A so-called "insider" describes Kim as "furious" at her sibling for not ditching the unfaithful basketball player, and alleges she's concerned about the negative affect the controversy will have on their famous family. The tabloid contends it all led to the reality stars having an "epic fight."

"Kim screamed at Khloe that the Lamar [Odom] situation was extremely stressful for her entire family, and she can't even see how she could be again putting everybody into a crazy situation," the purported "insider" is quoted as saying. The supposed source claims that in turn, Khloe accused her sister of being "jealous" and not wanting her "to be happy." Following the "nasty fight," the outlet's purported tipster alleges that "except for a few messages later from Kim to see if Khloe had calmed down, they haven't spoken."

Indeed, the magazine maintains that since Kim discussed Thompson's cheating on an April 30 episode of "The Ellen DeGeneres Show," Khloe "hasn't talked to Kim at all." Actually, this isn't true at all. In a May 14 story about Khloe's first Mother's Day, E! Online specifically reported that "Khloe has been talking to [Kim] the most." Rather than letting Thompson come between them, the outlet, which often serves as a de facto mouthpiece for the "Keeping Up with the Kardashians" stars, notes, "Khloe isn't bringing it up and they just talk about True and motherhood."

Us Weekly also reported that with Khloe and Thompson "fully back together," her family knows that if they push the situation, "they'll risk losing Khloe." And People, while noting the family is still upset with Thompson, stressed that Khloe "has the unwavering support of her loved ones" regardless. All of this goes against the tabloid's contentions that Kim is refusing to "stand by" her sister and won't even speak to her.

It should also be mentioned that OK! has a history of misrepresenting what is and isn't going on with Khloe. In January, for instance, the publication wrongly claimed Thompson was refusing to marry her when Khloe herself had already said she wasn't interested in tying the knot any time soon. The magazine's claims are so easily disproven through readily available information, as they were then and are again now, because they're either made-up or from untraceable "insiders" who don't actually have inside knowledge.

Johnny Depp refused to do interviews for movie to avoid Amber Heard questions?