Kris Jenner and Caitlyn Jenner never ended up doing a new reality show together, despite a report a year ago claiming they were ending their feud for the sake of making loads of money. Gossip Cop busted the untrue story 365 days ago. Time has shown that the exes remain estranged and they never teamed up for a new TV series. 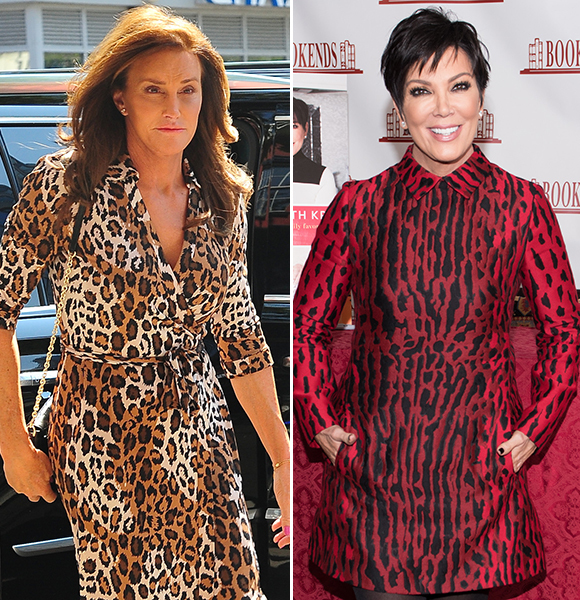 But on July 2, 2017, Gossip Cop called out RadarOnline for alleging the former spouses were working together, and that Kris was helping Caitlyn with a new TV show. The site insisted they "called a truce, so that they both can make more money" through a new television venture. With "I Am Cait" canceled, it was said Caitlyn wanted another TV project, and needed "'Mom-ager' Kris to help her find the winning formula." A so-called "source," further asserted, "Any inclusion of Kris and her family in the show could be very lucrative for both parties."

The website did not acknowledge that shortly before this, Kim Kardashian admitted there was little chance Kris would ever speak to Caitlyn again following their falling out over Cait's controversial memoir. Also telling was that the blog never said what exactly the supposed series would be about. That was because no plans were actually in the works, with a rep for Caitlyn confirming to Gossip Cop that the story was "not true." Now 365 days have gone by and it's abundantly clear our reporting was correct.

Not only has the former couple not even remotely reconciled, but Caitlyn still hasn't made peace with any of the Kardashians. And when the Kardashian-Jenners signed a new E! deal last fall for a substantial amount of money, Cait was not a part of it. Clearly cash didn't bring the former Olympian back into the family fold. Even without the clan, she has not embarked on any new television endeavors to date.

In fact, the online publication keeps peddling false stories about a nonexistent TV return. In April of 2017, the site maintained Caitlyn was working on getting her own talk show off the ground. Last November, the outlet abandoned that narrative to claim Caitlyn was moving to Idaho, where she'd film a reality show with her mom and Sophia Hutchins. Then just a few weeks ago, the blog again said Jenner was launching her own talk show.

In all of these cases, the website never made mention of each of the wrong stories that came before. At no point has RadarOnline been right, and at no point has it taken responsibility for its steady stream of inconsistent falsehoods. And just as all of these tales were phony, the passage of time has also shown the report about the Jenners ending their feud for a new reality show was bogus, too.

Jennifer Aniston NOT worried Angelina Jolie will destroy her career, despite report

5 wrong rumors about Brad Pitt, Angelina Jolie back together