Kris Jenner and Corey Gamble are not adopting a child, despite reports. This rumor originally came from a tabloid, but is now spreading online, even though it's not true. Gossip Cop can bust the claims. 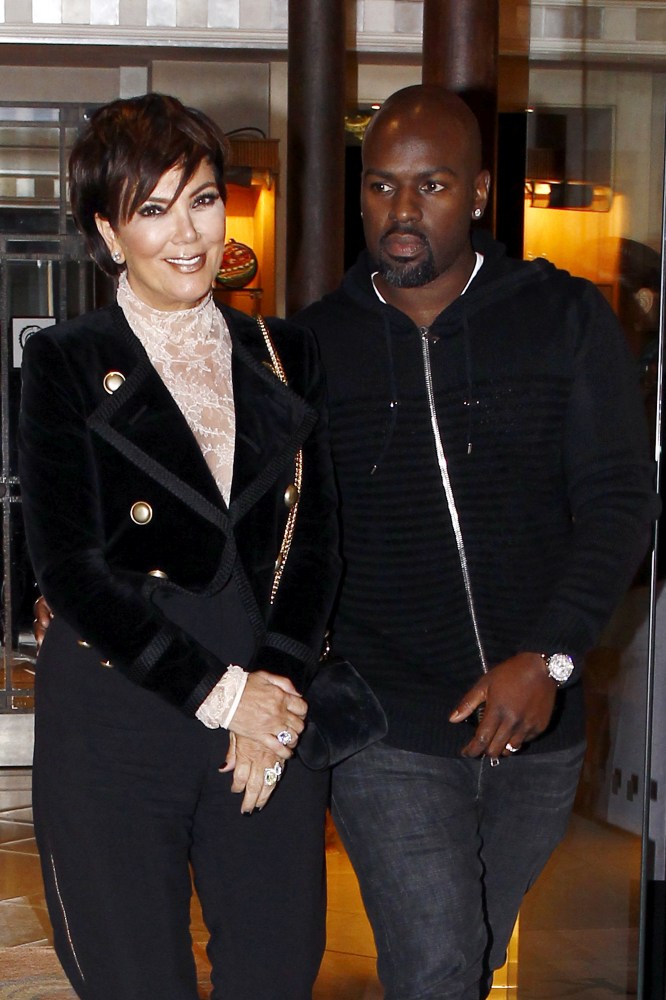 The latest issue of Closer features the headline, "Kris: 'I just can't wait to be a mum again.'" Of course, Jenner never made any such declaration, and even if she did, she wouldn't be using the word "mum." According to the phony article, Jenner is "set on expanding her own family" in the wake of attending Khloe Kardashian's baby shower, and is "adopting a five-year-old boy" with Gamble. The gossip magazine maintains the mom of six originally "wanted a baby with Corey" and was previously "looking into surrogacy options," but they had to "abandon [those] plans due to legal complications."

Now, claims a so-called "source," Gamble has "fallen in love with a five-year-old boy from an orphanage on the outskirts of L.A." He and Jenner are "in the process of having all paperwork completed with the hope that they might be able to take their son home next month," contends the outlet's alleged tipster. Notably, though, neither the child nor the orphanage are named.

It's also telling that one of the quotes in this story features unnaturally expository language: "Kris has been desperate for another child ever since her eldest daughter, Kourtney, gave birth to her first grandchild, Mason, eight years ago." No person would really need to say "her eldest daughter, Kourtney" and "her first grandchild, Mason." The biographical details suggest this comment was actually manufactured, as opposed to from a legitimate "source."

Apparently these red flags didn't strike other publications. The Mirror has picked up the claims verbatim and is running them with a headline that announces, "Kris Jenner, 62, 'can't wait to be a mum again' in shock baby plan news." And CafeMom has gone as far as collecting random reactions to the rumor from Facebook, and ends its piece by asserting, "We're not sure if this report is true, but if it is then Kris definitely has the resources to adopt a child." Of course, if the site wasn't sure the contentions were "true," it's hard to justify running them.

Also consider that there's been similarly bogus stories in years past. In 2014, for example, Gossip Cop busted the National Enquirer for claiming Jenner was going to have a baby at 60. And then in 2016, we called out RadarOnline for alleging she wanted a baby via surrogacy. While the adoption angle is a new spin, the basic idea is the same: The grandma is becoming a mom again. And the debunking remains the same: Jenner has her hands full with her ever-growing family and businesses. She is not looking to become the full-time parent to a minor child again.

When Kim Kardashian was recently in Tokyo, it fell to Jenner to share childcare duties with Kanye West. And when People reported Kylie Jenner hired help for her newborn last month, it was pointed out, "She knows she can't rely on [Jenner] every day… Kris is helping out as much as she can, but she also runs a business and has her own life." The momager regularly assists all of her kids and grandchildren, but between that and other obligations, she can't commit to being a full-on mother to a young boy at this stage of her life. Jenner and Gamble are still together, but they won't be adding a child to their relationship.