Following the success of A Star Is Born, the tabloids have been making up bogus stories about Lady Gaga's movie career. Gossip Cop has debunked several false reports on the subject. Here are five wrong rumors. 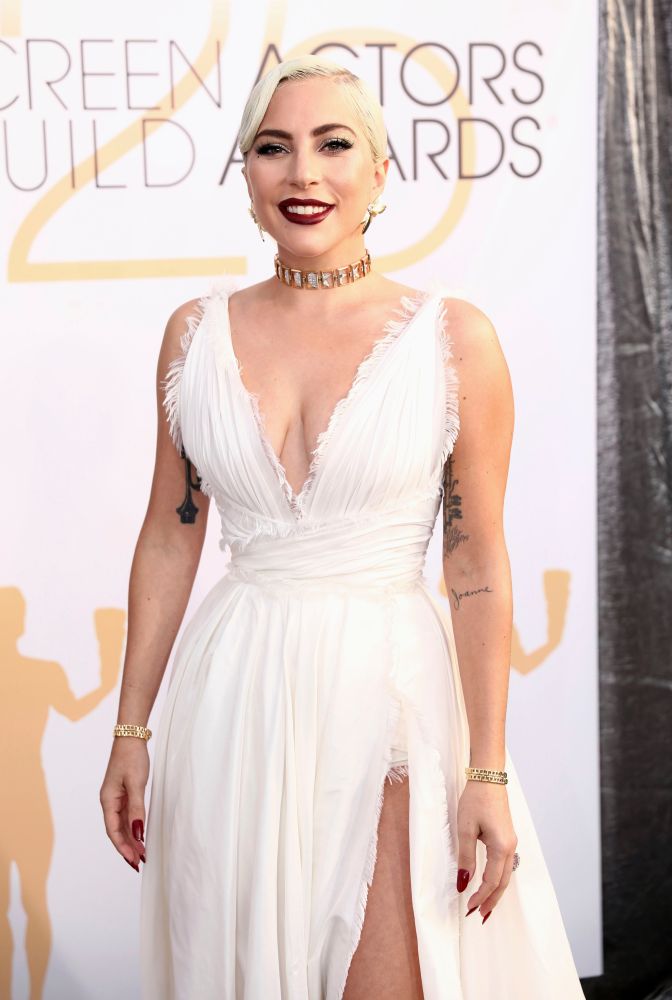 In February, Gossip Cop busted Life & Style for falsely claiming Gaga was feuding with Margot Robbie over the same roles. The tabloid even said the two women got into a screaming match "in the lobby" following the Screen Actors Guild Awards. According to the outlet, the fight was a result of Robbie trying to steal a role in a Willy Wonka movie from Gaga. The singer's spokesperson, however, assured us the story was completely fiction. Meanwhile, dozens of entertainment journalists covered the SAG Awards, and there wasn't a single other report about Gaga and Robbie getting into a public fight in the lobby.

In January, Gossip Cop called out Star for wrongly reporting that Gaga was reuniting with Bradley Cooper for Cleopatra biopic, in which the singer would play the Egyptian queen and the actor would co-star as her "legendary Roman lover" Mark Antony. Gaga's spokesperson, however, assured us the story was made-up. Additionally, the singer is in the midst of a Las Vegas residency that runs through November, so it's very unlikely she'll be able to shoot a major historical epic anytime soon. Meanwhile, Cooper is gearing up to star and direct in a biopic about composer Leonard Bernstein.

A few weeks prior, Gossip Cop debunked an OK! story about Gaga battling Angelina Jolie for the lead role in a Cleopatra biopic. As noted above, the singer has never been in talks for the project. It's also worth noting, it was announced last week that Jolie has signed on to star in the Marvel movie The Eternals, so it doesn't appear she's taking on the role of Cleopatra either. The last update on the Cleopatra biopic came back in December 2017 when the film's screenwriter spoke in an interview about working on the script. Gaga and Jolie aren't in a showdown over the film, which doesn't appear to be getting off the ground at the moment.

Last November, Gossip Cop corrected Star after the magazine claimed Gaga was in talks to star in the film adaptation of the Broadway musical Wicked. The tabloid said the singer would be playing Glinda the Good Witch, the role originated by Kristin Chenoweth on stage. At the time the report was published, Gaga's spokesperson told us the singer simply wasn't circling the project. Five months later, Gaga is performing her Las Vegas residency and the Wicked movie remains in development but there's been no casting news yet.

And finally, Gossip Cop busted Life & Style in January 2018 for falsely claiming Cooper was unhappy with Gaga's performance in A Star Is Born and feared the movie would bomb at the box office. Shortly before the phony story was written, however, Cooper told Entertainment Weekly that audiences are going to be "blown away" by the singer's performance in the film. Of course, she went on to receive several nominations for the movie, including an Oscar nod. A Star Is Born was a massive critical and commercial success and Cooper never feared Gaga was going to ruin the movie. In reality, he had championed his co-star since the beginning.