Lindsey Vonn is not trying to date Chris Pratt, despite a made-up tabloid report. Gossip Cop can exclusively debunk the claim. We're told it's simply false. 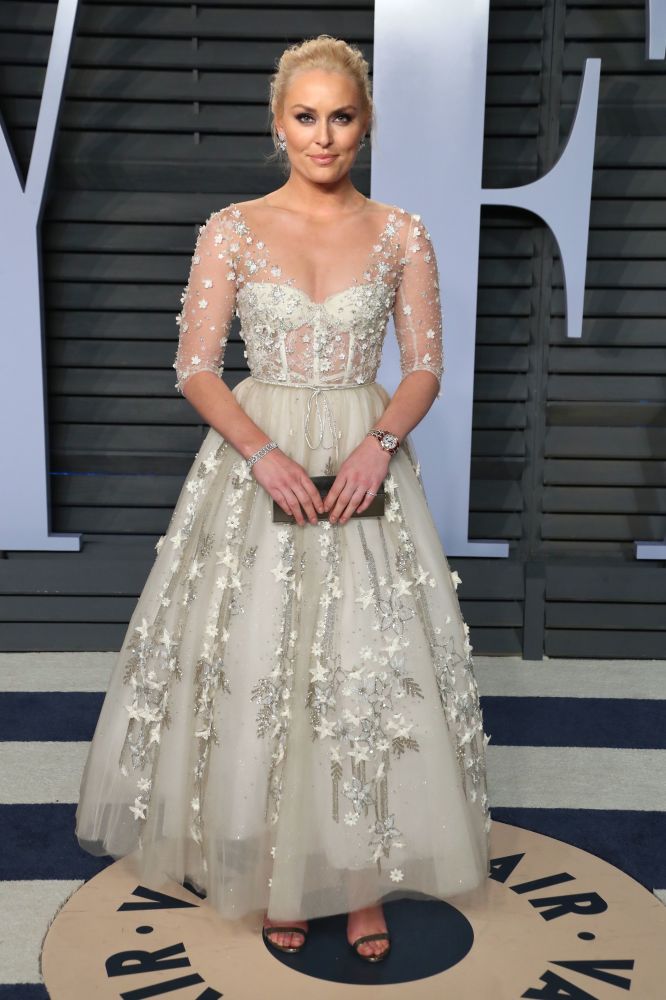 According to the National Enquirer, the Olympic skier is looking to break into show business by getting into a relationship with a movie star. The unreliable tabloid says she's "had her eye on Chris Pratt" ever since the actor separated from Anna Faris last year, and now she's actively pursuing him.

As the story goes, Vonn is eager to land another "celebrity lover," despite the scrutiny surrounding her nearly three-year relationship with Tiger Woods, which ended in 2015. The Olympic gold medalist, who won a bronze medal at the Winter Olympics in South Korea last month, is said to be "infatuated with" Pratt. An alleged insider tells the magazine, "She's reached out through mutual friends to try and set up a date."

However, this article is nothing but fan fiction inspired by an interview Vonn gave on "Access Live" earlier this month. During the skier's appearance on the talk show, hosts Natalie Morales and Kit Hoover went through a list of male celebrities to find the best match for the single Olympian. Some of the potential suitors included Brad Pitt, Michael B. Jordan and Jon Hamm, all of whom Vonn was hypothetically open to dating.

When Pratt's name was thrown into the mix, Vonn responded, "I like Chris. He's very funny. [My sister] says I need more funny in my life." When asked if she ever met the actor, Vonn noted that she attended the premiere of Jurassic World in 2015, but didn't actually see talk to him. Hoover eventually ended the segment by saying, "If we have to pick one off the list, we're sort of thinking Chris Pratt." Morales added, "And Michael B. Jordan." For whatever reason, the magazine is focusing on Pratt.

Basically, Von played a fun talk show game in which she was asked about famous guys she'd theoretically date, and the Enquirer is arbitrarily trying to turn it into a reality. But Gossip Cop checked in with a rep for the Olympic skier, who exclusively assures us the tabloid's article is "false." We're told the athlete simply isn't pursuing Pratt.

It's also worth noting, Gossip Cop previously busted the publication for wrongly reporting that Pratt was dating Amy Poehler, his former co-star on "Parks and Recreation." This latest article fails to mention what happened to that supposed relationship. Regardless, Vonn isn't attempting to woo the actor.